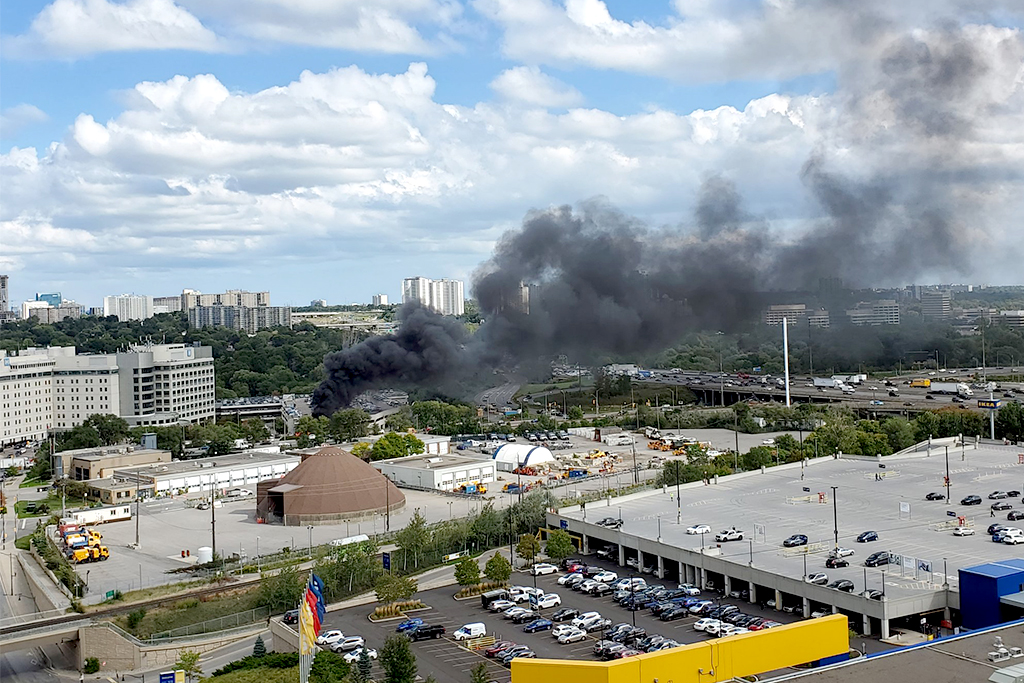 Police and Toronto Fire crews were called to the scene at North York General Hospital early Thursday afternoon after a fire engulfed a truck in the hospital’s parking lot.

No injuries were reported, but the fire resulted in the temporary closure of the ramps at Highway 401 and Leslie. The fire was knocked down quickly by responding crews.

Thank you for all you do we see you and appreciate you please keep safe!

A cause for the fire is not yet clear, but hospital officials thanked the police and Toronto Fire for speedily resolving the issue.

Clean-up continues outside following a construction vehicle fire near 1 of our parking lots @ the General site this afternoon. No one was injured & the hospital remains open. Thank u to fire & police services for attending & keeping everyone safe. Security is assisting w/parking.