Finally Toronto has it's own Pret A Manger
Skip to content 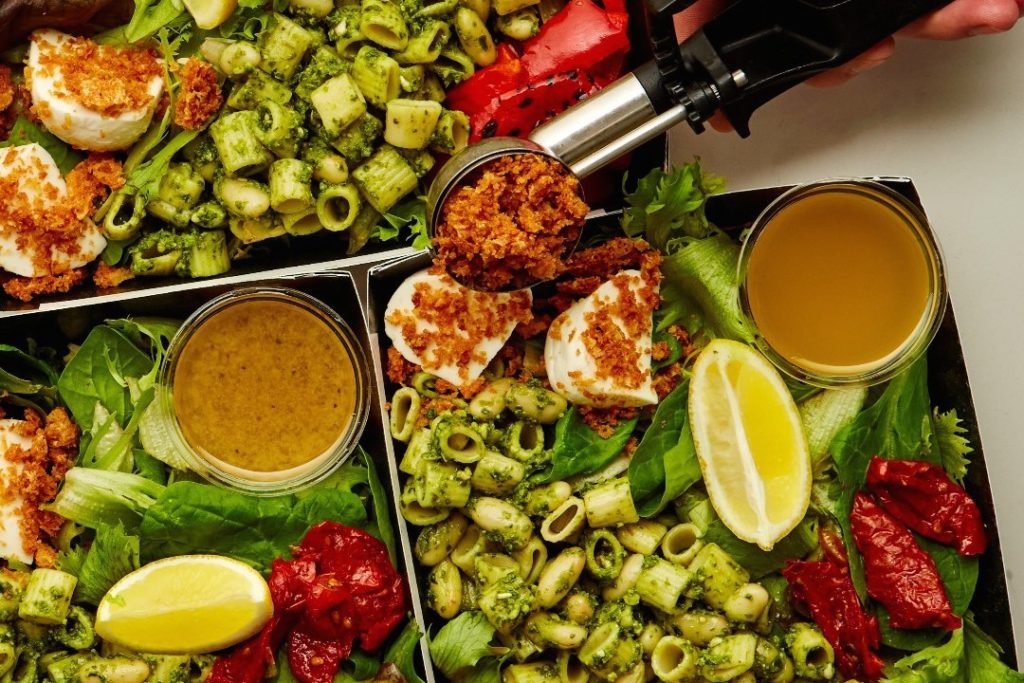 For anyone who’s ever almost missed a flight out of London, England’s Heathrow Airport just to board with one of Pret A Manger’s signature Choc Bars, good news has arrived.

The U.K.-based cafe has finally opened in Canada, with one location in Toronto and another in Vancouver.

Since opening its first-ever location back in 1986, all of the foods served at Pret A Manger continue to be made using seasonal, local ingredients. Some items, including the soups and oatmeal are outsourced and made by trusted suppliers, however, the majority of the menu is made fresh daily in house.

There are a few notable differences between the U.K. shops and the Canadian Pret, mostly due to the availability of local ingredients. In London, for example, there are far more baguettes and sandwiches to choose from, including open-faced sandwiches, like the Smoked Salmon and Soft Cheese Open Sandwich that you won’t find here in Toronto.

Instead, Pret A Manger Canada’s Toronto location currently has four tasty baguettes on offer (including the famous ham and cheese), four sandwiches, two hot wraps and two cold wraps, a selection of salad bowls and soups, and their signature yogourt parfaits topped with fresh fruit and muesli.

Hot breakfast is also served, and one of Pret’s bestsellers, the creamy oat porridge, is available, along with croissants and other freshly-baked pastries like cookies and muffins.

Pret a Manger Canada’s Toronto location is located inside the A&W at 60 John St. and is open daily from 7 a.m. to 7 p.m.