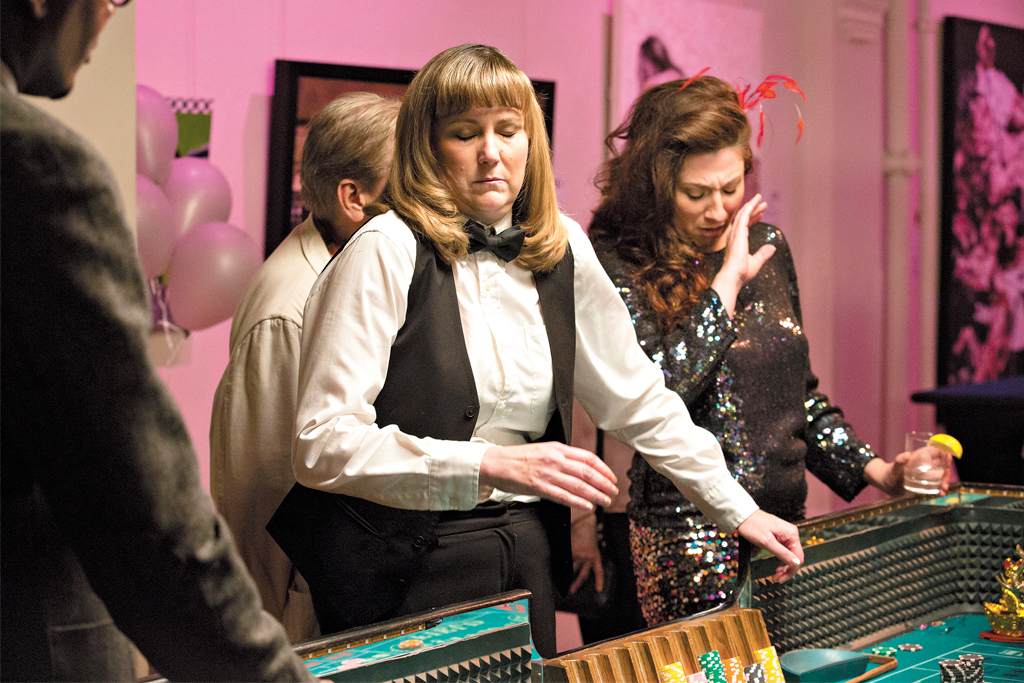 Canada is the undisputed sketch comedy capital of the known universe. From SCTV and Second City, through Kids in the Hall and This Hour Has 22 Minutes and everything that came in between, nobody sets up a gag like we do. One of the recent success stories has been CBC-TV’s hit comedy Baroness von Sketch Show, starring the award-winning, talented team of Carolyn Taylor, Meredith MacNeill, Aurora Browne and Jennifer Whalen.

Season five premieres on Oct. 6, and it will be the last go-around for these comedic powerhouses, who have won multiple Canadian Screen Awards for the show.

“It definitely made filming everything a bit more emotional, a little bit more precious,” says Whalen, who also acted as a showrunner for the final season. “It was sort of like, you know, we realize our great fortune having the show, and it’s always so much fun.”

The all-female series premiered in 2016 and garnered a loyal following for its hilarious take on urban life and the comedic alchemy brewed up between its stars.

“I think that we do have unique and amazing chemistry,” Whalen explains. “It’s possible that we’re witches. Like, there is something about the four of us together that’s greater than the sum of our parts.”

A sample of topics from the fifth season includes: The Upside of Mom Brain; The Downside of Step-parenting; Witch Trials and Tribulations; Queer Theory Reading Group vs. Pretty in Pink; The Problem with Superheroes; and Surviving the Apocalypse with Your Ex.

Whalen is especially fond of segments filmed at a Mississauga mall at which she misspent some of her youth, as well as some witch trials sketches filmed at Toronto’s Black Creek Pioneer Village.

“We have a couple of period pieces, which are really fun, and it was really cool to be in Pioneer Village,” she says. “And to actually get to, like, be in the rooms, you know, where they’re normally roped off.”

The show was written and filmed back in 2019 before the world changed during the COVID-19 pandemic. No doom-scroll humour, just good laughs, which is something from which we can all benefit.

“Oh, my God, if we hadn’t stopped, what would we have done this year?” says Whalen, reflecting on the comedic possibilities under COVID. “I don’t think in 2021 anyone would want our hot takes on 2020.”

Whalen was born and raised in Toronto and used humour as a way to survive adolescence.

“I was kind of a weird, eccentric kid,” she says. “So I think I used humour to not get beaten up and then eventually just parlayed that into a career.”

She cut her comedic teeth, like so many great sketch performers, at Second City and has worked on many of the best comedy shows in the country alongside the likes of Ron James and Gavin Crawford in addition to her role as the head writer for the award-winning satirical comedy This Hour Has 22 Minutes.

What makes the show somewhat unique is that the stars are involved in all aspects of the show, from the initial writing process straight through the filming. It’s a year-long task to put a season together, so for Whalen the team is still on a high and ready to set season five free. It’s too early to think about the show coming to a close.

“I’m so excited for the premiere because we’ve lived with it for almost a year now, and so I’m very excited for people to see it,” says Whalen. “I think the last five years has been such a blur. For us, the show goes the entire year, because we’re involved in every aspect of production. So I think it’s fair to say, when this stops, like when the promotion is over, then I think it’s finally going to hit me.”