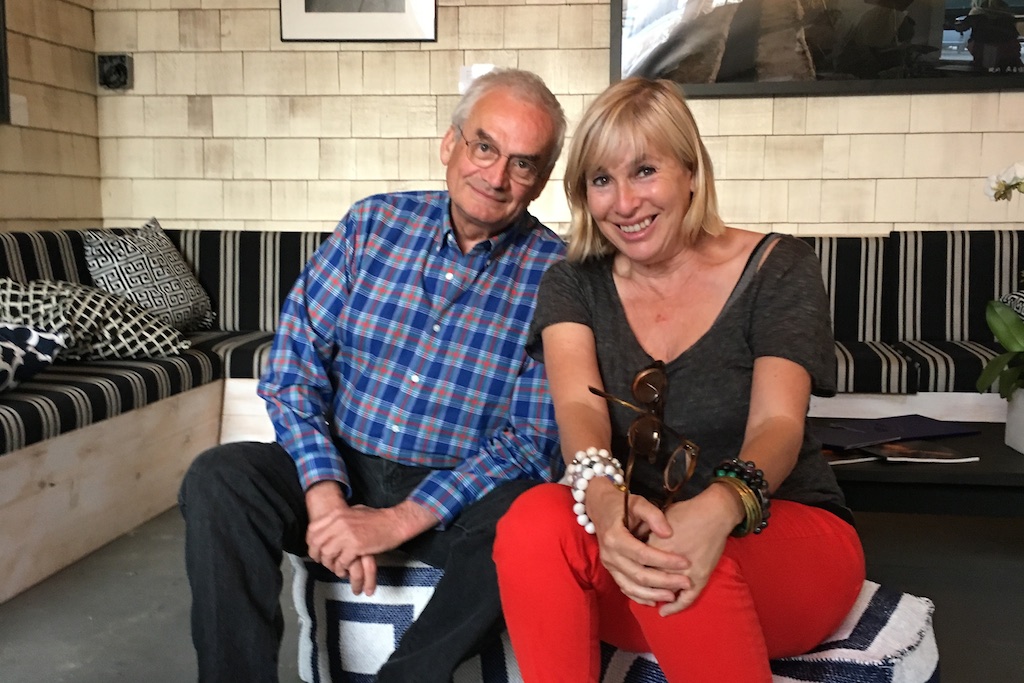 Filmmaker and Forest Hiller Robin Baker Leacock’s latest documentary hits real close to home. Leacock’s film, Stella & Co., is about her mother, Estelle Craig, who lived in Forest Hill Village for most of her life and who wrote five books after turning 100 years old. Leacock spent two years filming Craig inside her seniors residence looking at what it means to age through humour, music and storytelling. The documentary premieres this Saturday, July 25 on PBS at 4:30 p.m. Here we caught up with the filmmaker to learn another story, the one of how she fell in love with her husband, cinematographer Robert Leacock.

I was working on a TV show concept called Modern Fairy Tales with an old friend and I was on a plane with Lorne Michaels. I presented the idea to him and he suggested I speak to someone at Saturday Night Live — that’s where I met Robert.

We decided to have dinner at Le Zinc in the Tribeca neighbourhood in New York City.

Robert was travelling a lot, directing documentaries and commercials and I was living in New York City. We loved to eat out and go to restaurants. Robert was really amazing about coming to Toronto to meet my parents. He knew Canada well because he had a famous Canadian relative — the writer Stephen Leacock. He met my mother Estelle, who was an incredible entrepreneur. She also travelled the world doing interviews for CBC and had her own radio program, so I think Robert was pleasantly surprised meeting my sophisticated parents.

We lived together for 13 years before getting married, and eventually got married in Toronto. I had planned to have an outdoor wedding at the Eaton House right beside Casa Loma, but on the day of my wedding there was a huge thunderstorm and lightning so we ended up getting married on the terrace of my parents’ apartment at Yonge and St. Clair.

We have a lovely rescue dog named Prince Luca de Manalapan. He showed up near our house three weeks after we lost our other rescue dog, Bubbles — a beautiful golden retriever.

Well I’m making films now and my husband is home baking sourdough bread. He always says that he made films to make money and I make films to spend money.

I grew up in Toronto and lived near Casa Loma, then Forest Hill and then Yonge and St. Clair for many years. Now I spend half my year in Florida and half in the Hamptons.