Fendi takes a stand in Toronto... in favour of fur? - Streets Of Toronto
Skip to content 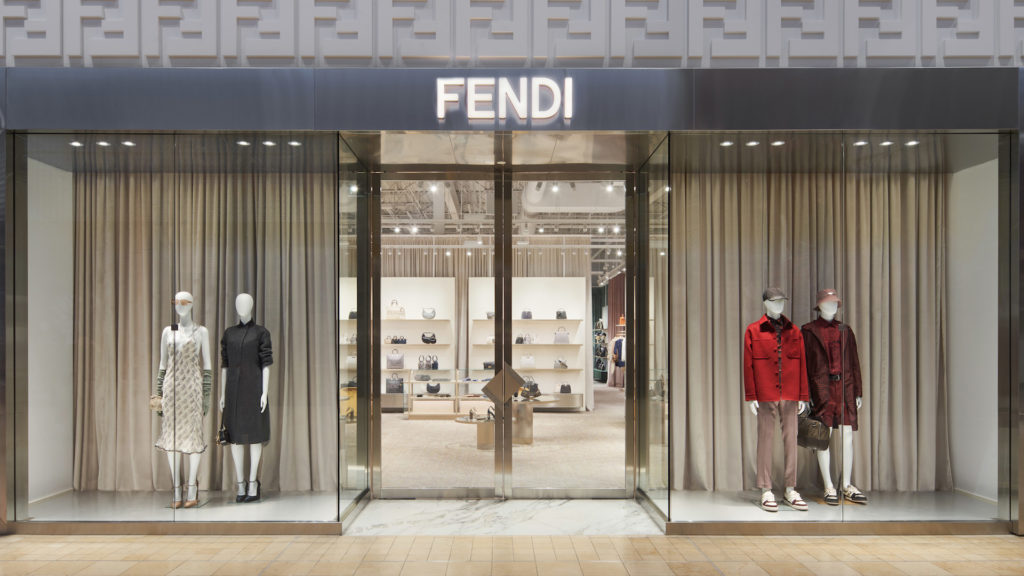 After months of being restricted from selling some of their most in-demand and priciest pieces through concession boutiques, Fendi has opened its first standalone Canadian storefront in Yorkdale Shopping Centre. The move comes after Holt Renfrew’s ban on fur at the start of the year.

The Italian brand has been selling wholesale through the retailer for years, with their second concession stand opening in the Yorkdale location in 2019.

But as of Jan. 1 this year, Holt Renfrew committed to no longer selling fur and exotic skins across all brands and products, alongside a ban of microbeads and plastic glitter. The ban was put in place, according to the website, in an effort to increase the “offering of sustainable and socially responsible products.”

As a fur purveyor founded in the mid-1920s, the ban has consequently limited Fendi’s offerings of luxury fashions, shoes and accessories. According to Retail Insider, Fendi and several other brands found out about Holt Renfrew’s fur ban during a public announcement, prompting the move to a standalone store.

A representative from Fendi’s communications team declined to provide a comment on the reason for the move to a standalone store in Yorkdale and whether it had to do with the fur ban.

The brand continues to sell coats and other accessories made from fur or featuring fur trims on some of their priciest items, which is now available through the new standalone location.

The new 1,900-square-foot space provides three sleek, modern rooms, each offering a different collection: in the front, customers walk into a space with various styles of accessories and bags, including Fendi’s popular baguette styles; the other two rooms offer a space for women’s ready-to-wear fashion, accessories and footwear and one for men’s.

With the standalone store opening, Fendi has also pulled its men’s collection from the Yorkdale Holt Renfrew concession.

Though Holt Renfrew only announced the fur ban this year, some brands selling out of the store have already taken the step to go fur-free, including Gucci in 2018 and Prada in 2020. Some brands appeared to follow Holt Renfrew’s lead – after the retailer announced the ban in June, Saint Laurent announced in September that they would stop using fur by 2022.

It looks like animal-free is the future for most luxury brands, but Fendi is one of a few still holding out. They’re joined by Christian Dior and Hermes among others — both have been petitioned to stop the use of exotic skins and furs as recently as 2021.

While Fendi won’t comment on their thoughts on Holt Renfrew’s fur ban, the opening of their new standalone store makes it clear — fur is here to stay at Fendi.