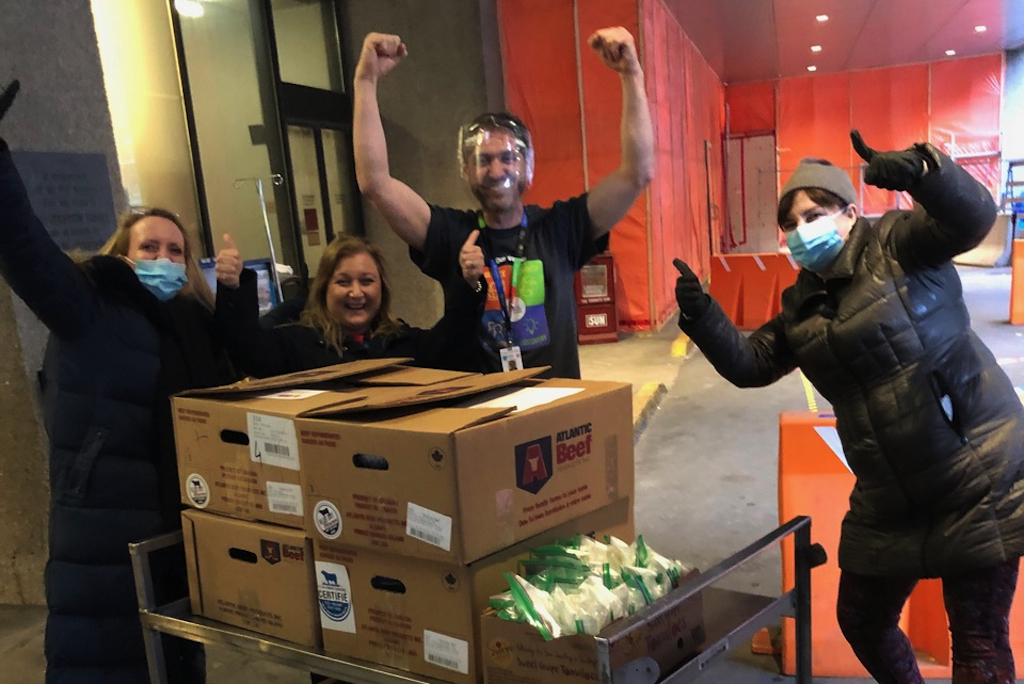 Feed the Frontlines TO is keeping restaurants from going under while also feeding Toronto’s frontline health care professionals.

The organization has raised more than $10,700 on GoFundMe since it was initiated only a couple of days ago. The plan is to take donations and send money to Toronto restaurants that are then preparing and delivering meals to health care workers.

The organizer, Adair Roberts, was moved to act after seeing many industries, especially restaurants, starting to collapse during the COVID-19 pandemic.

“Honestly, it’s an idea that came out of feeling powerless locked up at home. And feeling unable to help because of social distancing,” Roberts says.

After speaking to a close friend and New York City restaurateur, Luca Di Petro, she realized that if she donated to his restaurant she could then organize for him to provide meals to NYC emergency department workers.

“I have no connection to the restaurant industry whatsoever, but I loved the idea of doing the same thing for folks up here,” she says. “So I picked three local restaurants that are close to my home and I know are run by families, or independent business people, restauranteurs, pitched it to them and they were on board right away.”

As a health care professional herself, Roberts arranged to send nutritious meals to emergency department workers and social service workers.

“People in the emergency department at the best of times barely get away to get something to eat,” she says. “The only other option is going to the food court and that’s fantastic, but it’s the same, and it’s fast food.”

Working with partner restaurants Little Sister, 5 Doors North, and Taboule, Roberts is organizing a system to rotate through the restaurants in order to generate enough cash flow to pay bills and keep staff working while fueling frontlines of the crisis.

“This is a cash injection so we can make rent, pay our bills and in turn we’re doing a good deed,” said Jennifer Gittens, co-owner of Toronto’s Little Sister, who is serving their first Feed the Frontlines meal on Thursday at Fred Victor Housing.

Last night, the organization made its first delivery to the  Mount Sinai hospital emergency department consisting of 60 meals from 5 Doors North.

Roberts is also helping feed social service professionals who she calls “Frontlines on the Frontline”.  These people are working in vulnerable positions where they are educating marginalized communities and the homeless about COVID-19.

The organization’s $50,000 goal is only the beginning.

“If we raised $100,000 we would be able to deliver 5,000 meals and see 10 deliveries a week, so we could hit most of the emergency departments in the city,” Roberts says. “We could hit social services organizations at least once a week with a token of our appreciation in the form of a good meal.”

As the momentum picks up, Roberts is excited about the potential of other restaurants and small businesses partnering with the group.

“If other restaurants want to come along and start promoting it we can help facilitate and getting the funding and delivery,” she says.

Donate to Feed the Frontlines TO on their GoFundMe.