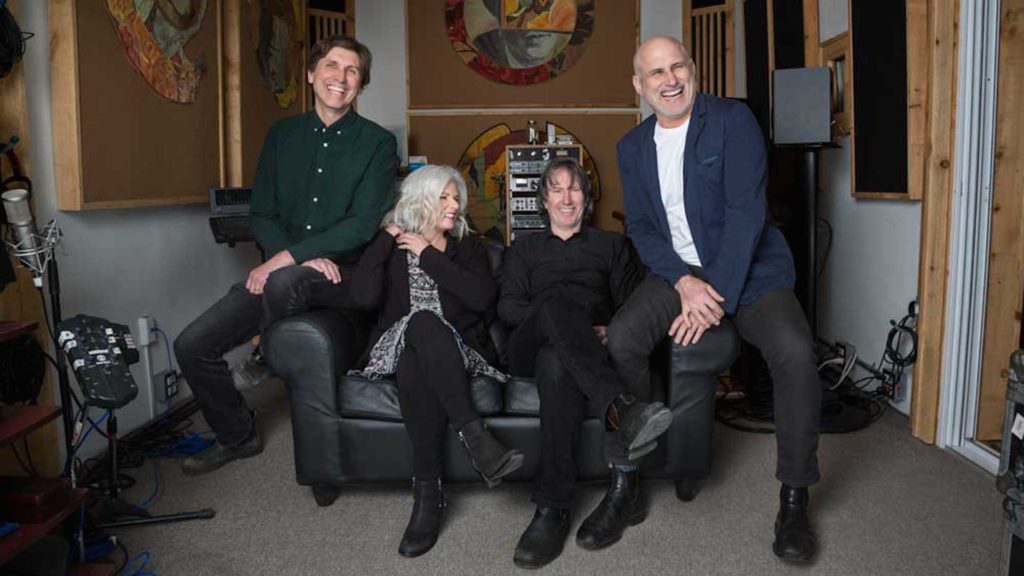 Cowboy Junkies are a legendary Toronto band that has been crafting a long and enchanting musical legacy that dates back to the early ’80s when Michael Timmins and Alan Anton convinced fellow Timmins siblings Margo and Pete to join their fledgling band. Now, 17 original albums later, the band just released Songs of the Recollection.

The new Cowboy Junkies album features the band covering everyone from Neil Young and the Rolling Stones to the Cure and Vic Chesnutt.

But, what albums really inspired the masterful musical mind of Michael Timmins? Well, we asked. So here they are, complete with Timmins’ thoughts on each recording. You’re welcome.

Pink Floyd – Wish You Were Here

When this album was released in 1975 the great CHOM-FM in Montreal decided to introduce it to their listeners by playing the whole thing from start to finish without a break. It was nighttime and Al and I were cruising across the mountain heading downtown when they dropped the needle. When we reached our destination the album wasn’t finished so we turned around and retraced our route, a few times, until the last track, “Shine On You Crazy Diamond,” faded into the night. Minds blown. Lives Changed.

When the Velvet Underground was releasing albums I was too young to understand the music, it was too sophisticated for my young brain. Lou Reed’s Transformer was a gateway for me into Reed’s music. One night, when I was around 16, after listening to Transformer I put on White Light, White Heat and listened to the brilliant cacophony that is Sister Ray and suddenly I “got it.” Minds blown. Lives changed.

When Alan and I started playing music together we formed a band called Hunger Project. We were inspired to pick up instruments by the punk scene that was happening in the late 70s in New York, Toronto, and London (UK and Ontario), but we found our focus when we heard the music of post-punk bands like Joy Division and The Cure. The darkness and the use of space and atmosphere were something that we carried with us into Cowboy Junkies.

When we first formed Cowboy Junkies we were listening to a lot of blues music. Our idea, like so many white-suburban youngsters that had come before us, was to take these influences and use them to develop our sound. This album with its whispered intensity, where every note meant something and every note not played meant something more, was our bible.

I was a latecomer to this album, but the sound of it was what Peter Moore was searching for when he suggested The Church of the Holy Trinity as the recording location for our second album. When I hear the drum intro to “Take Five” I hear The Trinity Session. Whenever I lose faith in the power of recorded music I put on something recorded in the CBS 30th Street Studio, known as “The Church” — Time Out, Kind of Blue, Duke Ellington’s Masterpieces, Mingus’s Ah Um and the list goes on. The studio was demolished and turned into an apartment building in 1985.