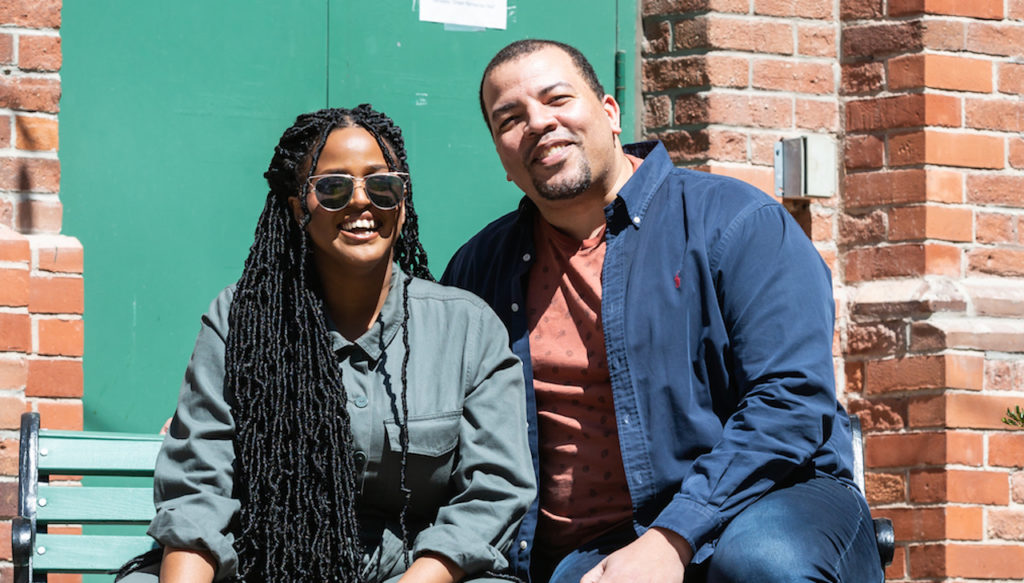 Fatuma Adar, the creator of the new musical Dixon Road that premieres at Dream in High Park this month, might be a rising star on stage and screen, but once upon a time, she grappled with telling her parents she didn’t want to continue medical school.

“I used to plan my life around my immigrant parents’ dream,” she jokes. “I was in med school for a brief time before telling my parents they raised an artist.”

But she points out that her writing has brought positivity to her community. Although her parents first took the news “in stride,” they can see the impact it’s had on people around them.

Adar is an artist from Toronto who is multi-talented in the areas of musical theatre, storytelling and writing. Her work focuses on identity, as well as what one’s identity means in the community they live in.

“I write about a lot of things in general, but truly the identity and the existential issues that folks from all across communities experience,” Adar says.

Fresh from her work as creative producer for Obsidian Theatre when it produced the award-winning 21 Black Futures series that streamed on CBC Gem (and recently won four Canadian Screen Awards), Adar is set to premiere her new musical Dixon Road.

Dixon Road will run from June 1 to 19 at the High Park Amphitheatre as part of Canadian Stage’s 2022 Dream in High Park summer season.

A co-production with Musical Stage Company and Obsidian Theatre and in association with Canadian Stage, Dixon Road has book, music and lyrics by Adar and incorporates contemporary verse, R & B and traditional Somali melodies.

Dixon Road, which is partly based on Adar’s own life, follows a Somali family, at the outset of civil war, who emigrate to Toronto’s Dixon Road community in 1991. The musical is based on Adar’s father’s experiences.

Although some characters are fictional, Adar describes the characters in Dixon Road as people who are “familiar” to her.

The premise of the show has a lot to do with immigration and being split between two different worlds: living in Canada but also feeling like they’re missing out on life back home.

“I think with the Dixon Road area, we’ve heard Somali stories in the headlines quite a bit and we have never had control over that narrative,” Adar says. “The story is semi-autobiographical, but at the same time it’s just a community I’ve been immersed in for a long time. I look forward to people sort of seeing my neighbourhood through that.”

Adar says musicals are a way for many to escape. She adds that the exciting part of the show will be for people to come back to theatre life, sit outside and watch her musical.

In order to achieve what she has, Adar points out that connecting and networking with people in her industry gave her insight and a clear path to what she wanted.

“Find people who believe in your voice and your vision,” she says. “The first thing that I did was I looked up theatre companies in Toronto who are interested in Black artists.”

From there, she became a part of the Obsidian Theatre Playwrights Unit, where she got professionals to guide and teach her.

“I think that the advice I’d give is that you can always find somewhere where there are people who are your peers, who are interested in what it is that you have to say. Nothing can hurt just reaching out,” she says.

For more information on Dixon Road go to Musicalstagecompany.com.