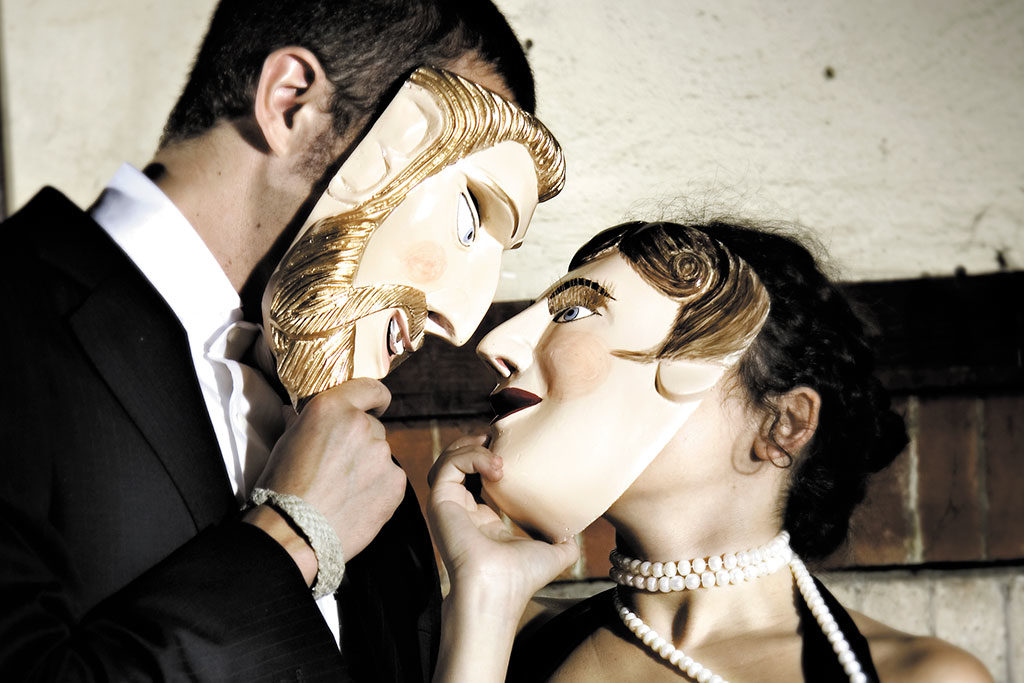 The season of sexy ghosts, goblins, witches and wizards is upon us and though the gender double standard that makes almost all femme-centric costumes sexy is far more of a trick than a treat (does a tree costume really need to be sexy?), there is a lesson to be gleaned from the fact that costumes — sexy or not — fly off the shelves even as the mercury drops. Playing dress-up is fun.

As an adult tasked with multiple responsibilities, your desire to dismiss your routine and embrace a role that is far from reality is universal and understandable. And Halloween provides the perfect excuse to do so. Whether you want to be perceived as scary, powerful, obscene, funny, evil, supernatural or sexy, a simple costume, mask or makeup change may be all you need to slip into character.

For some, Halloween just offers an excuse to dress up, and for others, it’s an opportunity to embrace fear and try new things — including role-play. It’s no surprise that halloween and fantasy role-play go hand in hand. It’s easier to play a role when you’re all dressed up and the holiday itself encourages the stretching of comfort zones. The prospect of being unrecognizable and/or attributing your behavioural change to a character works to lower inhibitions. That is, you may be more likely to act out of character once you’re in character.

Engaging in role-play with or without costumes is the antidote to boredom in the bedroom in long-term relationships, as it balances the safety of a trusted partner with the risk and excitement of the unknown.

Role-plays can range from romantic to raunchy, and they may reflect values and desires that contradict those you embrace in real life. For many of us, the most appealing fantasy roles are those that stray most significantly from our reality. For example, if you are accustomed to being in charge, you may derive intense pleasure from playing a submissive role. And if you tend to cater to others’ emotional and practical needs, you may opt for a role that allows you to be selfish — or even evil.

Decide ahead of time how far you’re willing to go and let your partner know if there are words or scenarios that will kill your sexual buzz.

This isn’t always the case, so you’ll need to clearly communicate your desires and boundaries to your partner if you want to enjoy the experience. Decide ahead of time how far you’re willing to go and let your partner know if there are words or scenarios that will kill your sexual buzz.

If you feel self-conscious or silly experimenting with role-play, start at a party or in another non-sexual environment. You can flirt with a partner while in character and in costume to build desire and anticipation and then return to being yourselves once arousal starts to build. You might find that once you’re aroused, your inhibitions plummet, and you slip into character more naturally, but if this isn’t the case, there is no pressure to follow through with the role-play. You have plenty of time to experiment with the same roles at another time — it’s not a one-shot deal.

Some people find that role-play helps them to communicate their fantasies and desires in a more playful way (e.g., Nurse Nancy wants to be whipped with your dirty underwear), and others find that they’re more open to experimenting once they’re in character. This makes sense, as both arousal and novelty are associated with lowered inhibitions and greater creativity.

If you’re looking for costumes that can be worn in and out of the bedroom, Toronto offers a range of options from the budget conscious Value Village to pop-up shops like Spirit Halloween with locations across the GTA. Uptown’s Candy’s Costume Shop offers both sales and rentals.

If you’re a last-minute reveller and didn’t plan ahead, play the witty jester role and be inspired by double entendres to create your own costume. Here are a few of my favourites, can you decipher the double entendre?

1. Glue Smarties to your pants.
2. Put spice jars in a bra on top of your clothing.
3. Wear cat ears and pyjamas.
4. Affix a small radio to your head.
5. Tape some teddy bears to your arms.
6. If you’re single, carry around a bicycle wheel and stand next to couples (bonus points for photo-bombing).
7. Paint your face like an animal and wear a party hat.
8. Write “book” on your cheeks.
9. Wear a medal around your neck and attach some slices of bread to your outfit.

These creative costumes may not lead directly to hot role play, but they’ll likely lead to laughs and engaging conversation, which often amounts to the ultimate foreplay.