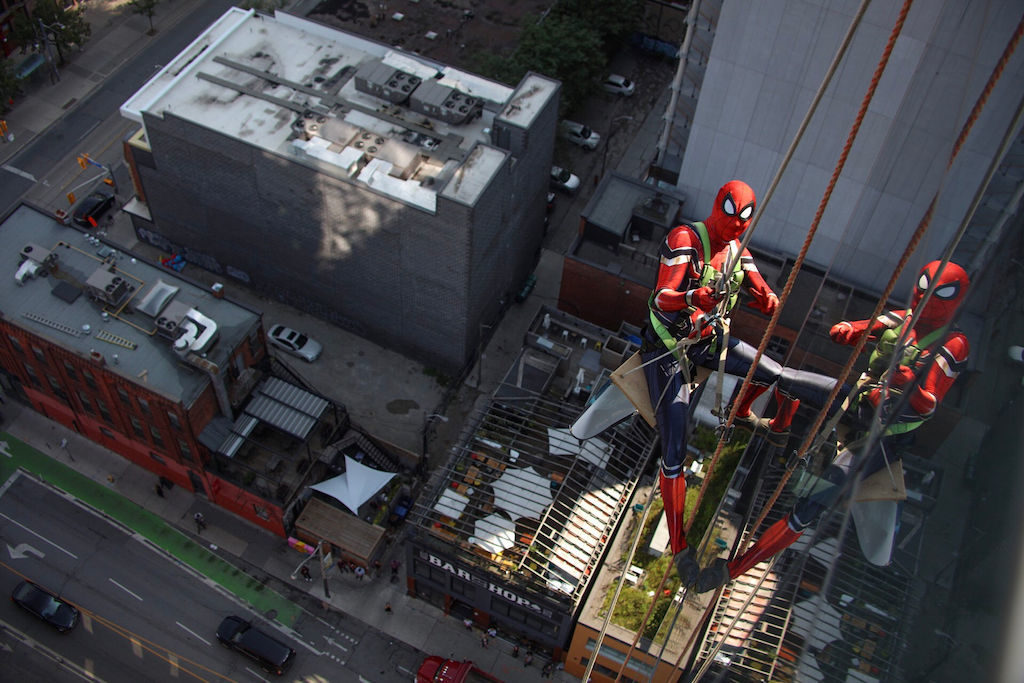 It’s that time of year! Fan Expo Canada is on from Aug. 22 to Aug. 25,  and they’re pulling out all the stops in honour of their 25th anniversary. While it’s disappointing that Rainn Wilson, Pamela Anderson, Mike Colter, and Mary McDonnell cancelled their appearances last minute, there are still plenty of guests to meet and events to attend. Here is our round-up of the absolute coolest, can’t-miss events happening at the Metro Toronto Convention Centre (255 Front West) this year.

Everyone (of a certain age range, at least) loves Harry Potter. This year at Fan Expo, you can live out your wildest dreams by dressing up like your favourite witch or wizard. And later in the day, you can play Quidditch and even participate in a sorting hat ceremony!

Ever wanted to make your own board game? This year, you and your friends can compete to create your own prototype board game by the end of the weekend. You’ll even be able to get an opinion from a team of professionals when you’re all finished.

Kim’s Convenience might seem like an unusual choice for Fan Expo but hey, Simu Liu’s going to be in a Marvel movie this year so why not, right? Most of the cast will be taking pictures and signing autographs starting at noon on Friday, followed by a question and answer period at 3 PM.

Zachary Levi, star of both the recent hit Shazam and the much loved Chuck, will be stopping by Fan Expo for his own photo shoot and Q&A. He’ll begin taking photos with fans at 1:20 PM on Saturday, Aug. 24.

If you’re big into costumes, this one’s for you. on Saturday, Aug. 24, there will be a masquerade ball at the Fairmont Royal York beginning at 9pm. There will be giveaways, dancing, and a midnight mask unveiling.

A Saved By The Bell Reunion

It might sounds like a rip-off of the BH90210 reunion series, but some of the cast of Saved By The Bell will be stopping by Fan Expo. Elizabeth Berkley, Mark-Paul Gosselaar, and Mario Lopez will be in the house to spill all the tea about the glory days on Saturday, Aug. 24 at 11am.

This year’s game programming will offer you the ability to play some games before they come out, a great opportunity for all the gamers out there. EB Games will offer a Borderlands 3 demo, while Xbox will preview Gears 5. Nintendo will be previewing their new, cheaper Switch Lite ahead of its upcoming release.

Ripley’s Believe It Or Not!

Ahead of the Canadian premiere of the new “Ripley’s Believe it Or Not”, host and horror icon Bruce Campbell will be heading to Fan Expo to meet the fans and sign your collectibles.

Glad Day Bookshop will be representing the best way possible at Fan Expo. They’ll be offering special LGBTQ+ superhero themed cocktails, along with a discounted menu, for all your drink and hunger needs. Yum!