Faceoff: should kids be allowed to use cellphones in the classroom? - Streets Of Toronto
Skip to content 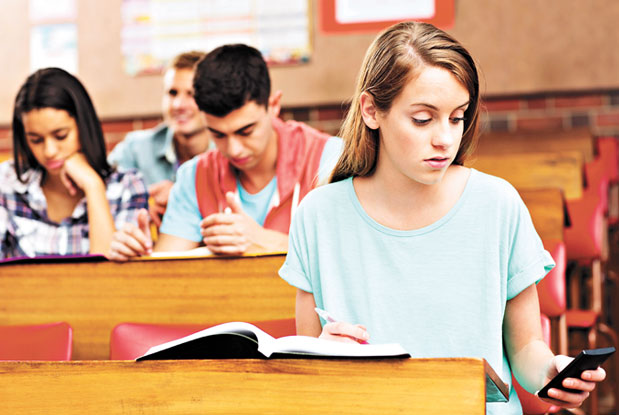 Imagine a world where children are disconnected from the magic that is the Internet. It happens in some communities. Even in our own backyard. Not all children have the privilege however. That’s why I founded Little Geeks, a foundation to bring connected technology to underprivileged children.

Compare those to the children who have a persistent connection to the Internet: at home, at school, in their pocket. Who does better in the world? Who has a brighter future?

The connected children do. It’s clear.  The Internet connects humans to massive amounts of human knowledge; to the libraries of the world; and to a communications tool that allows them to connect to anyone on the planet.

So should children have cellphones in the classroom? Yes. Of course. Now “cellphone” requires a definition. Because today’s cellphones are not just phones. They are connected computers. So you don’t want the “phone” part of the device to ring in the middle of math class or for the child to receive texts, or Instagrams or any distracting communication that unfocuses them from the lesson at hand. But putting a powerfully connected computer into the hands of every student is a revolution in the making. It makes the child superhuman relative to their counterparts from a previous generation.

My first child will be born in February of next year. And I will do everything in my power to equip them with technology at every turn of their life, including in the classroom.

It comes with a caveat though: These advantages will come with a healthy dose of technology etiquette.  I think that’s the concern people have when they think about “cellphones in the classroom”. The revolution won’t do well without a few good manners along the way.

As a university professor I forbid students using their cell phones in my classroom as this prevents them from providing their full attention to the lesson.  Talking to neighbours during a lecture and/or using your cell phone for texting or browsing the internet or even having your cell phone ring during a class can disrupt other students as well as the teacher and is a sign of disrespect.

Using a cell phone in a school setting has another disadvantage.  Cell phones emit microwave radiation and even low levels of this type of radiation can be harmful to the body.  Radiation is emitted even when you are not using your phone unless you have it in airplane mode with the Wi-Fi turned off.

Every time you use your cell phone you are activating a signal that goes from antenna to antenna until the person you are calling is reached.  Consequently many people are exposed to the radiation you are generating.  The closer you are to the source of this radiation (cell phone and/or antenna on a tower or building) the greater your exposure.  So having cell phone antennas on or within 500 meters from a school is a bad idea.

Low levels of microwave radiation (at levels well below federal guidelines) can contribute to brain tumors (associated with holding a mobile phone next to your head), breast cancer (if you keep the phone in your bra), and deformed sperm (if you keep the phone in your pant pocket).  If this radiation affects female egg cells then we may be contributing to reproductive problems that can last generations.  Not surprisingly the International Agency for Research on Cancer (IARC) classified this radiation in 2011 as being “possible carcinogenic.”

Some students already have difficulty paying attention and don’t need yet another distraction and no one in the classroom should be exposed to this radiation while learning.