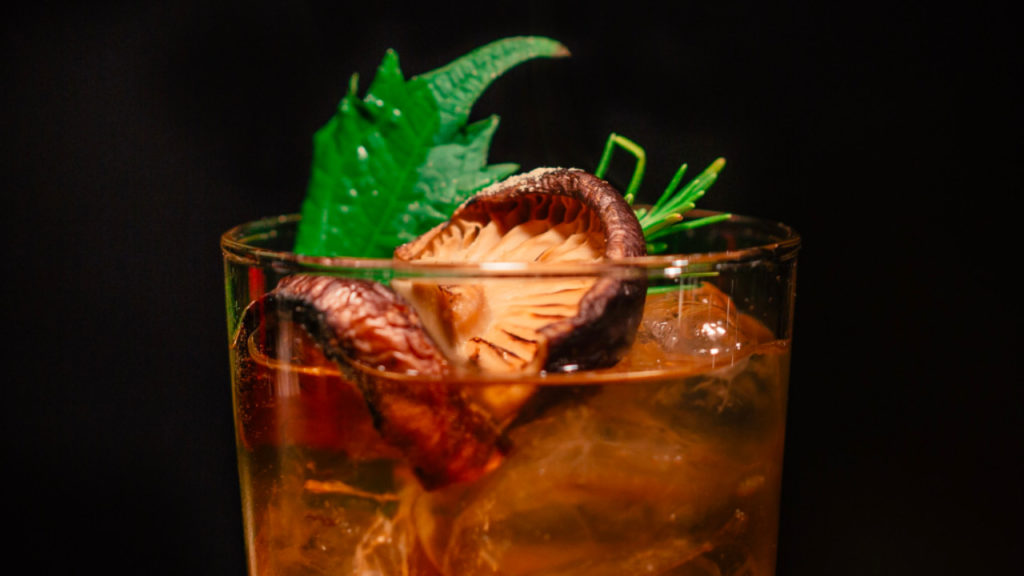 Over the last year or so, if you happen to be a little bit of a wellness nerd, you’ll have noticed a new love for mushrooms. And not the psychedelic or edible kind, but medicinal – and specifically adaptogenic.

What are those exactly? Well, they contain polysaccharides and you can consume them in the form of capsules, gummies and protein powders. Their main appeal is that they can help to reduce stress without any impact on your perception (that’s what magic mushrooms are for). And they’ve become quite popular in wellness circles for it, including in Toronto, where Strange Love Café recently made headlines for introducing a mushroom-infused product line.

Mushroom-infused products have gotten a lot of attention recently, and the previously niche interest has been mainstreamed by companies like Rainbo, whose mushroom-based supplements can be found through major online retailers like Free People and Well.ca, and Four Sigmatic, a brand creating mushroom-infused coffee, cocao and protein blends. You’ll even find mushroom milk blends and hot chocolate mixes featuring mushroom-based star ingredient reishi at pretty much every Indigo in the country thanks to Canadian company Blume.

But don’t call it a trend, says Dr. Anthony Gucciardi, Mahaya Forest Hill Integrative Health clinic director and naturopathic doctor. He explains, “They’ve been in play in medicine formally for decades, and informally for hundreds of years. Today, people are realizing a little bit more about the historical significance and the medicinal significance. In terms of marketing, they could be considered trendy, but they’ve been a staple and they should be a staple in medicine.”

That’s because they can help the body adapt during seasonal shifts, particularly from summer to fall when there’s a drop in temperature and you need that extra boost. Which is why it can also be beneficial to give them a go for two to three months at a time and then give your body a break.

“In terms of immune defences and vitality, medicinal mushrooms can play a huge role helping you adapt to the new season,” says Dr. Gucciardi. “There’s still a lot unknown, but when we talk about vitality, we’re talking about energy. Consider exogenous energy,” he says, referring to getting a boost from caffeine or sugar. “That’s an exogenous vitality; you’re getting it from an external source. Mushrooms help you get energy and vitality from your inner body and biochemical makeup, so they support more of an endogenous energy.”

Which breaks down why mushroom-infused products can make such a difference for you, and why Strange Love Café’s mushroom booster shots, which can be infused into your coffee or tea, are so buzzy right now.

James Yoon, Strange Love’s naturopathic doctor who teamed up with an executive chef and mixologist to formulate the products, says they saw the medicinal mushroom hype as an opportunity to use other kinds that have been used in traditional Chinese medicine for hundreds of years and bring them “back into the limelight.” He adds that Strange Love’s products have a strong safety profile, which is key, because as Dr. Gucciardi notes, a big part of the continued mushroom skepticism on the other side of the hype is due to fears over safety, as more education and differentiation between types of mushrooms is needed.

Yoon believes the reason the gummies have taken off is because they’re just “more fun and not unlike the Flintstones vitamins we used to take as kids.” Call it a nostalgia hit. And when it comes to mushroom-infused wellness overall, he says psychedelic mushrooms have certainly helped get the conversation started.

“It’s a combination of people wanting to find ways to benefit their health and support their stressful lifestyles; they’re gravitating towards the next big thing,” says Yoon. “The boosters were how we felt we could rebrand the coffee break routine and support the busy downtown Toronto lifestyle where so many people have that ‘go, go, go’ mentality. It’s an alternative, functional approach, and useful for those who over-drink coffee and sometimes feel caffeine jitters, which can also impact their sleep.”

Next in Strange Love’s wellness plan is cordycell, which is an extract of the very popular cordyceps mushroom grown in the Himalayan and Tibetan mountains. Popular in China, it was believed, in 1993, that this is what led Chinese long-distance runners to break a world record, though it later turned out they were just using steroids – but that’s how strong cordyceps is, it had people believing it was the fuel. Strange Love is working to raise the nutritional profile and active ingredients in cordycell, which is highly potent, and will be available in supplement form by late 2021 or early 2022.

All of which is to say, there’s not a lot to fear when it comes to medicinal mushrooms, though it can be helpful to speak to a natural health professional, particularly if you have allergies or digestive issues. As Dr. Gucciardi says, “Safety is what’s most important, so don’t go into the forest and start foraging for yourself.”