Ever wanted to live at the top of the CN Tower? This condo comes close - Streets Of Toronto
Skip to content 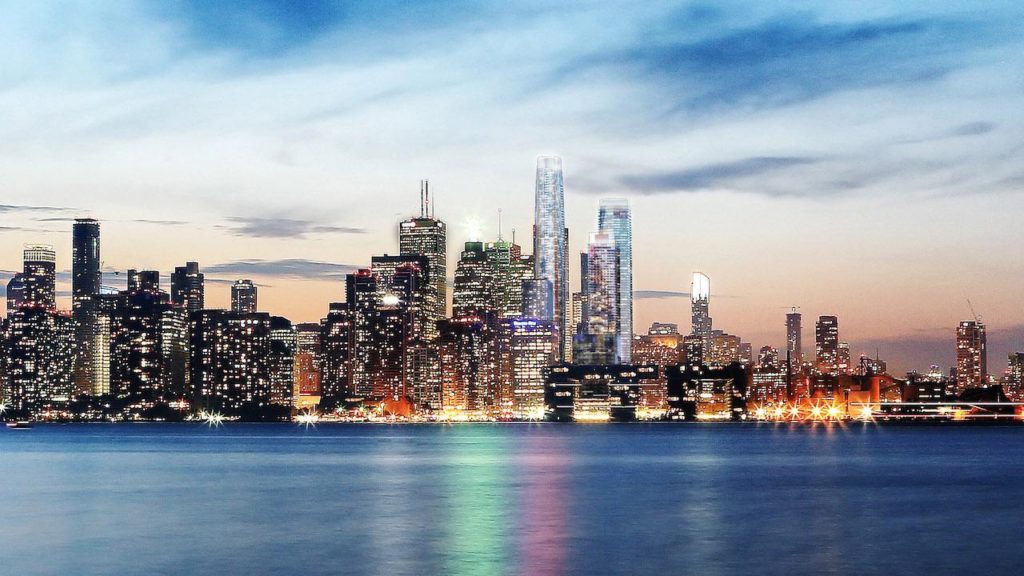 A real estate developer’s plans to construct Canada’s tallest building are getting even more ambitious.

At an approved height of 312 metres and 95 floors, Pinnacle International’s SkyTower — part of the developer’s multi-tower project under construction at 1 Yonge St. — would’ve already been the tallest building in Canada upon completion.

But in the newly revised development application related to the mixed-use project, Pinnacle proposes upping the SkyTower’s height to 346 metres, which is approximately the height of the CN Tower’s observation deck. (Because less than half of the CN Tower’s height is comprised of occupiable space, the Council on Tall Buildings and Urban Habitat doesn’t count the free-standing structure as a building)

If Pinnacle’s epic new vision for the SkyTower becomes a reality, the high-rise condominium building would become Canada’s first tower to break the 100-level barrier, too, as the revised floor count is pushed to 105 storeys.

Other project revisions include boosting the third-phase tower to 306 metres, or 92 storeys, up from an approved 263 metres, or 80 storeys. That means the Pinnacle One Yonge development would boast not one but two “supertall” buildings. (According to the Council on Tall Buildings and Urban Habitat, supertall buildings soar 300 metres or higher.)

Since it was built in 1975, Canada’s tallest building has been the First Canadian Place, which measures 298 metres in height (excluding its antenna). But multiple developments may overtake the landmark in the coming years.

The One, a condo tower by Mizrahi Developments, is under construction at the southwest corner of Yonge and Bloor Street West, and it will peak at 308 metres. Meanwhile, further south, at 383 Yonge St., Concord Adex is forging ahead with plans for a 299-metre-tall condo tower dubbed Concord Sky.

Revisions to the SkyTower extend to its architectural style, but the planning-rationale report attached to the development application says that “the defining elements of the Hariri Pontarini designed tower are unchanged” and “the increase in the height of the tower allows for a more slender and elongated look while maintaining the iconic and landmark profile of the OMB [Ontario Municipal Board] approved scheme.”

On top of condos, the five-tower master-planned Pinnacle One Yonge development includes a new community recreation centre, offices, retail, affordable and rental housing, and — on the lower floors of the SkyTower — an upscale hotel. The project’s first phase, a 65-storey condo tower dubbed the Prestige at Pinnacle One Yonge, is slated for completion this year.

Pinnacle’s new revisions to the two future skyscrapers add 248 more units to the overall project, for a total of 3,123 dwellings. “The proposed additional population will support transit ridership and make use of recent and future transit investments at Union Station (a regional transportation hub), Queens Quay streetcar service, and the future Bayfront Light Rail Transit line,” reads the planning rationale, prepared by Bousfields Inc. for Pinnacle.

“From an urban design perspective, the redevelopment of the subject site continues to present an opportunity to introduce high-quality design and an architecturally distinct landmark building that will engage and animate the adjacent public realm and represent a positive and dynamic contribution to the City skyline,” the document concludes.