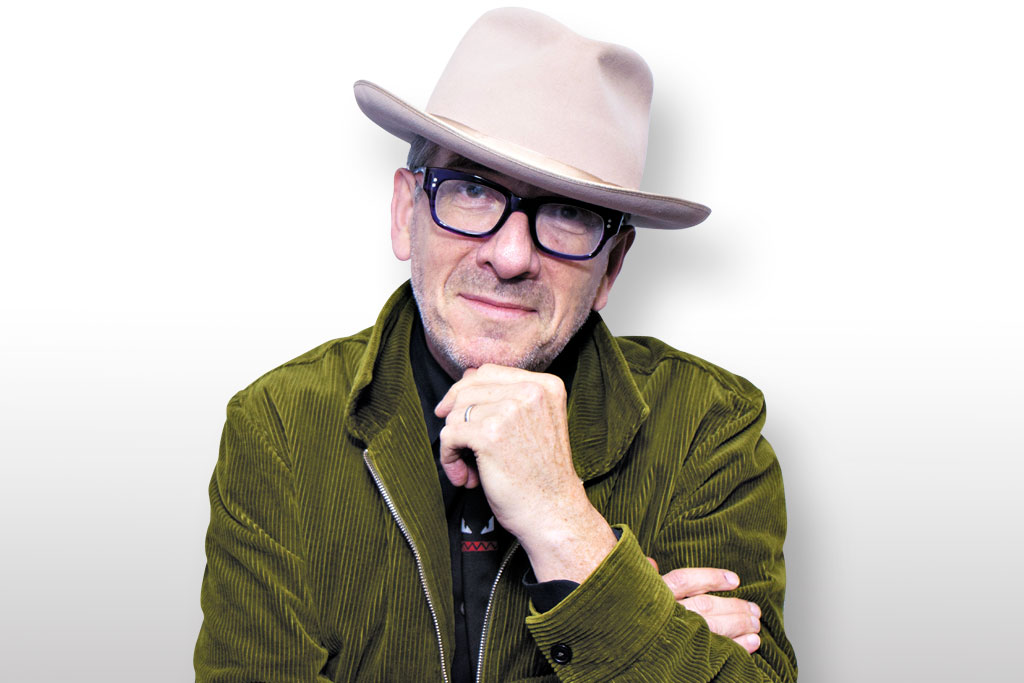 Elvis Costello is set to release his incredible new album Hey Clockface on Oct. 30. Post City caught up with the legendary songwriter while he is holed up in British Columbia waiting out the COVID-19 pandemic.

One of your best-known albums in Canada is a recording of a live show you played at Toronto’s El Mocambo. What do you recall from that concert and album?

Well, I think that the Rolling Stones played at the El Mocambo just before we did. So I think my manager said OK, we could play a different place, but let’s play that same place, too, you know because then it’ll be like they have to think of us the same way.

And had you played here before then?

I think that was our first time in Toronto.

So how did the album come about?

We happened to go out on a radio broadcast. So it circulated. In those days, there were vinyl bootlegs of a few of our performances. Because, you know, we were often only playing either a club or small theatre, one way to be heard by more people was to allow them to broadcast the show. And quite often, the show will be promoted by a local radio station. There were only a handful of radio stations in the whole of North America that wanted anything to do with them [our performances]. But some of them did make it on the vinyl, and that one became circulated more than others.

That album kind of took on a life of its own since it wasn’t a regular release. Why?

That club has recently reopened and is state-of-the-art everything. Maybe you’d come back and play that album, again here in town at the El Mocambo. What do you think?

Well, I mean, I know how to play all those songs. I don’t know whether anybody would want to hear that…. I don’t want to go back and try and recreate it. I’m trying to think about how to sing them at the next show, not go back and sing them again, the way I did them, you know. They change shape as you play them. So I’d be looking at how they might sound in the company of some songs from this record and the last record or the records from over the years. That’s an intriguing puzzle, but it’s a good puzzle to have to solve. Because it means you’ve got more than one song to sing.

So, that’s not a no then, at any rate. You’re releasing a new album in the middle of a pandemic. How does that feel for you?

Well, I think it feels better than going down in the basement and, you know, just closing the door and never wanting to come out again, which would be one of the possible reactions, wouldn’t it?

True. It’s a good position to be in, I would think.

I’d much rather be doing this. I’m very fortunate to do what I do. And I had the idea of making a record, doing something that sounds impossibly extravagant, you know. Not extravagant in terms of how much it costs, but just the idea of flying to another country to do something differently, something beyond our wildest dreams.

How did this all come about then?

I was on my way to start a tour in England, so a detour to Finland seemed good. You know, get up there and get the bracing air and make some music and then go to Paris and do the same thing. I didn’t know that, when I was forced to come home unexpectedly before we could complete that tour, that I’d still be here in British Columbia [where he lives with his wife Diana Krall].

You made this album in a very unique way, like something almost from a bygone era.

I never really have any kind of big master plan when I go into a record. I just have the songs that I have. I definitely have the intention of making some rock ’n’ roll records that didn’t sound like the ones that I’ve made.

I mean, the sort of official diagram for a rock ’n’ roll band says bass guitar and drums and electric guitar and some- times keyboard. But if you look back to the beginning of rock’n’roll, Elvis Presley didn’t have a drummer on his first records. Jerry Lewis didn’t have a bass player. So you know, there are no rules. If you’re making a noise and you got the rhythm driving you, you’ve got the song you want to sing. I started with that idea.