Elton John, Iron & Wine with Calexico and other must-see shows in Toronto this winter - Streets Of Toronto
Skip to content 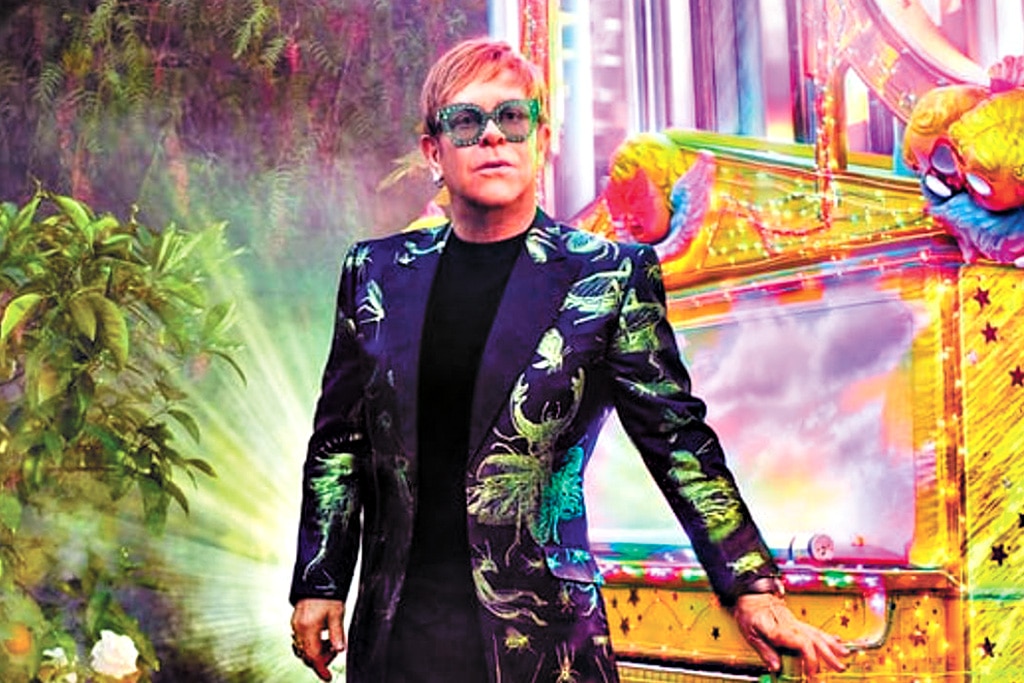 On the heels of two Grammy Award nominations superlative American folk musician Sam Beam, otherwise known as Iron & Wine, along with indie rock band Calexico, bring their collaborative album Years to Burn to the Danforth Music Hall on Feb. 2. Beam’s gorgeous voice and thoughtful lyrics are amplified and enhanced with the addition of the Arizona band’s lush eclectic sound.

Although you might not recognize the name at first glance, folks are likely familiar with his regular gig in the band Radiohead, one of the most acclaimed musical acts of the past 50 years or so. O’Brien is set to release his debut solo album this year and checks into the intimate Great Hall on Feb. 7. Expect lush atmosphere folk music.

After more than four decades, this east L.A. rock band that throws every musical genre under the sun into its potent sonic stew is at the top of its game. And the chance to see the band at one of the city’s best concert venues, Koerner Hall, Feb. 22, should not be missed. Los Lobos’s latest album, Llego Navidad, was released last year.

One of the most exciting local success stories has to be the hard-rocking women dubbed the Beaches. Since the full-length debut Late Show was released in 2017, the band only won a Juno for Breakthrough Group of the Year and opened for the Foo Fighters and the Rolling Stones. No big deal. As a testament to their growing popularity, the Beaches plays three soon to be sold-out hometown shows, Feb. 28 to March 1, at the Danforth Music Hall. This should be fun.

It is hard to imagine a musician with a more unique CV than Stephen Bruner, who performs under the name Thundercat. He first came to prominence as the bass player for punk pioneers Suicidal Tendencies and has since performed with everyone from Erykah Badu to Kenny Loggins to the Red Hot Chili Peppers. But Thundercat rose to great heights recently after his Grammy Award–winning collaboration with Kendrick Lamar. He brings his unique jazz-infused grooves to Queen Elizabeth Theatre on March 18.

The Crocodile Rocker himself returns to Toronto for another installment in his rather sizable farewell tour. Still, this could actually be the last time and will surely be an incredible production befitting one of the legends of rock ’n’ roll. He plays the Scotiabank Arena on March 28 and 29.

After waiting a decade between albums, fans of this talented Canadian singer-songwriter were ecstatic to find out there would be new Sarah Harmer music for the first time since she released Oh Little Fire in 2010. If her new single, “St. Peter’s Bay,” is any indication, the new album Are You Gone will be a knockout. She plays the Danforth Music Hall March 31 and April 1.

The U.K.’s King Krule has been growing mightily since his first somewhat awkward appearance in the city. Each new appearance brings a larger venue, more enthusiastic crowds and even more talent and charisma on display from young musician Archy Marshall who continues to defy convention with his raw and mesmerizing blend of punk, jazz and hip hop. He’s in town on April 17 at his first soft-seater at Queen Elizabeth Theatre. Catch him before he hits the arena circuit.