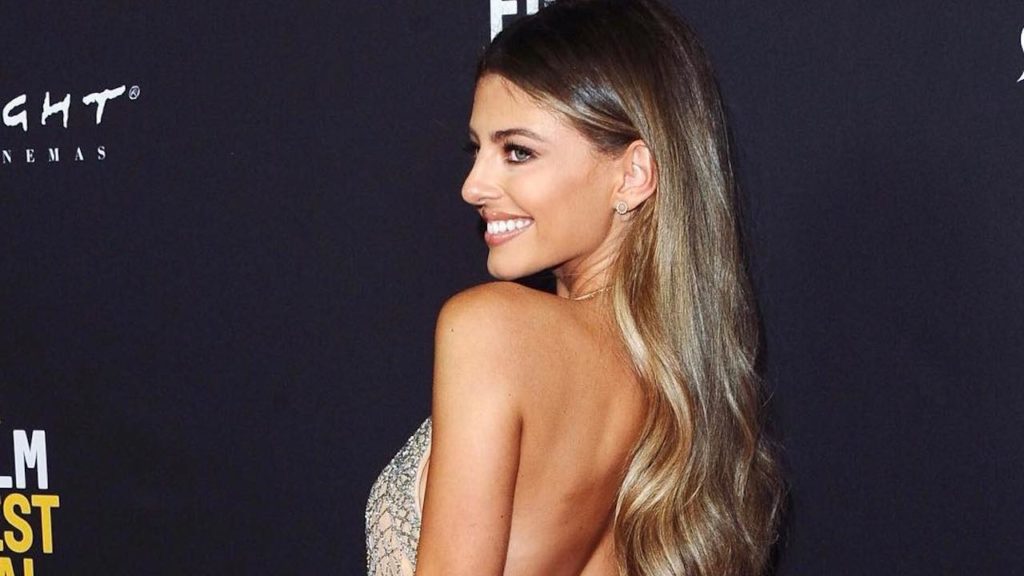 Although Eliana Jones didn’t appear on screen until she was 12 years old, she had been a performer her entire life. Before landing roles in Hemlock Grove, Heartland and, most recently, Apple TV’s Acapulco, Jones was convinced she was going to be an Olympic gymnast.

But, when a back injury left her with bruised tissue around her spinal cord, Jones had to find a new hobby.

Jones’s mother took her to a commercial acting class at age 10 shortly after she quit gymnastics.

“Ever since I was little, I’ve been putting on shows for my family,” says Jones, recalling that she would sit her family down to watch her perform the soundtrack to The Lizzie McGuire Movie.

Although she missed the sport of her youth, it didn’t take Jones long to become devoted to her new hobby.

“As soon as I found that same feeling of being a part of something with acting, I was lost in it and never looked back.”

After appearing onscreen in a KFC commercial, Jones’s first major role was in the action-thriller Nikita. Even though she was originally booked for a single line in a single episode, she recalls being in awe as she sat on the set of the show for 12 hours that day. After being called back for a few more episodes, 12-year-old Jones was hooked.

“I really enjoyed performing, and creating a story was something that I really liked about acting,” she says. “You create an entirely different character that people will be able to relate to in their actual everyday lives. And I think that’s really special.”

After this first role, she attended high school at Cardinal Carter Academy for the Arts. Although she was enrolled in the drama program, she admits that she didn’t take her courses very seriously since she was also spending most days filming on sets after class.

After all, at this point, she had a main role in the 2013 film Step Dogs and several television appearances, including recurring roles in Hemlock Grove and Lost Girl.

Although Jones has landed plenty of roles, she’s careful not to take her talent for granted, joking that she’s been to every acting coach in the GTA.

“You can never get enough practice.”


Jones currently stars in Apple TV’s rag-to-riches show Acapulco, a prequel to the hit film How to be a Latin Lover. She plays Becca, a character who has a “whirlwind romance” with the male lead Maximo.

Getting to film Acapulco in Mexico, shortly after filming the upcoming Lamborghini movie in Rome, was a dream come true for Jones, who didn’t see her life playing out this way.“It was unbelievable,” she says. “I woke up every morning and I’d think, ‘I’m in Rome filming a Lamborghini movie.’ I don’t think 12-year-old me would ever believe me.”