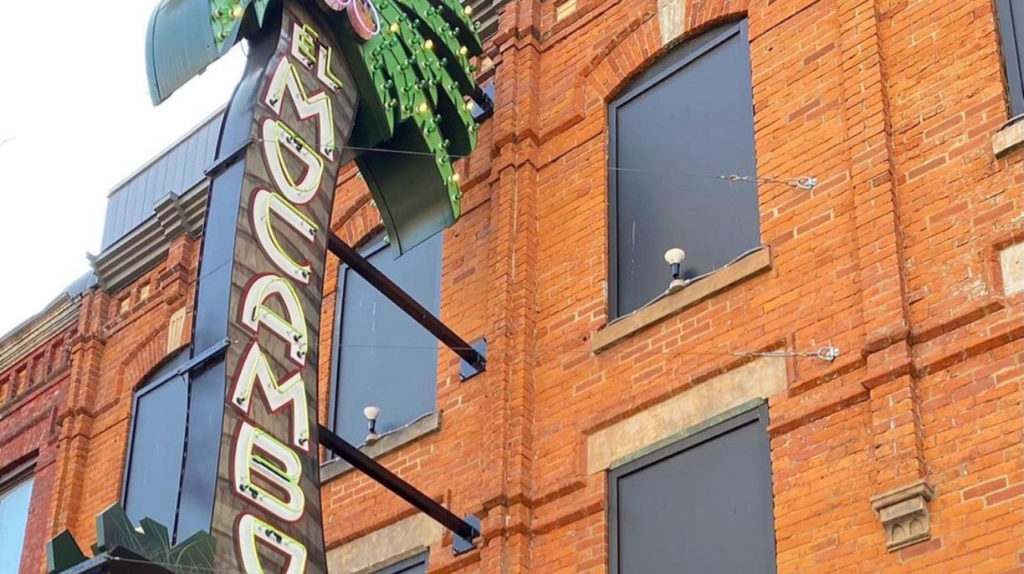 One of the city’s most iconic live music venues, the El Mocambo, is coming to Yorkville.

Details are scant on the new space at 101 Yorkville Ave., but temporary signage is up in the windows announcing the new venture along with the slogan “Keep Live Alive.”

The sign advertises “tickets, tours, and tuck shop,” which seems to indicate that a merchandise retail outlet will be opening not another live music venue. But we can dream.

The location, not the El Mocambo as far as we know, is also involved in a new development proposal that is working its way through Toronto’s development pipeline.

The original El Mocambo on Spadina Avenue in Chinatown was purchased and completely renovated by Michael Wekerle, a Toronto investment guru and former Dragon on CBC-TV’s Dragons Den, but the opening aligned with the COVID-19 pandemic. The city has yet to experience the revived venue in all its high-tech glory aside from a few special events.

But they’re trying! Earlier this summer, the El Mo opened up a street-side patio dubbed Under The Neon Palms with a menu of drinks and snacks lovingly recreated from an original 1948 menu. According to the El Mo’s social media, the new menu features “specialty cocktails inspired by the original 73 year old cocktail menu and some of the legends who have played here.”

The original El Mocambo opened in 1948 and hosted some of the top musical acts during its heyday including the likes of Elvis Costello, who released a live album recorded at the venue, as well as Meatloaf, U2, and of course, an infamous concert by the Rolling Stones attended by Margaret Trudeau that caused something of a flap.

News of the new Yorkville store also comes a couple of weeks following the announcement of the opening of Middle8 another restaurant, bar, and live music venue setting up shop in for former location of Amber nightclub on Yorkville Avenue. So, the Toronto neighbourhood with a rich musical history is getting some of its sonic swagger back.

In addition to the Yorkville news, other new concert halls are being announced including History, a Live Nation venture involving Drake, and the Axis Club, which takes over the Mod Club location. Massey Hall, closed for a two-year overhaul, is also set to open this fall.

So, despite no live music for a long long time, concertgoers in Toronto have reason to be hopeful.