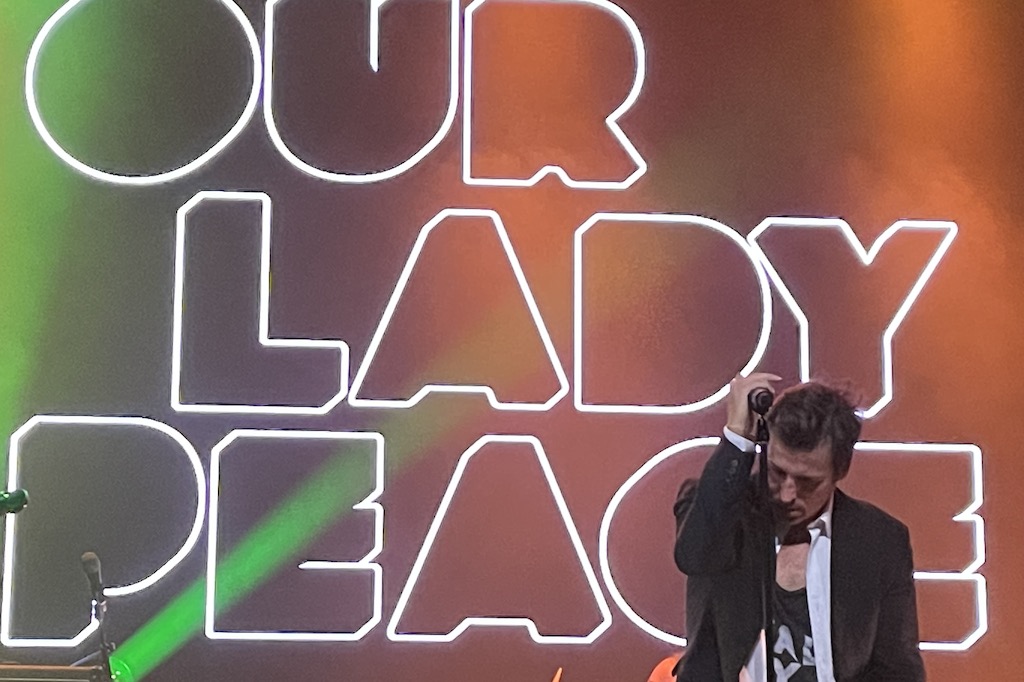 Wekerle sunk a lot of money into the venue, essentially constructing a beautiful new building inside the older shell that is wired for the new world complete with recording studio and other high-tech wizardry enabling world-class live streaming and more.

Although, as he says, he really just wanted to buy the sign.

“I was coming back from a trip overseas and heard on one of the radio stations that they were getting rid of it, and I went to buy the sign. I met up with Sam Rocco, and he said, ‘No, I won’t sell you the sign, but I’ll give it to you if you buy the club.'” Wekerle said, in a past interview with TRNTO.com.

El Mocambo is no longer just a live music venue, although it is most definitely that. It is on its way to becoming a global music brand.

The venue has a large and open bar area downstairs with a smaller stage. Upstairs is the main concert venue, although the room is still a long and narrow space with the stage on a sidewall. It offers a seriously intimate experience for those in attendance, but it would still be classified as a small venue. There is also a second-level mezzanine with seating around a railing overlooking the stage.

The design of the venue is thoroughly rock ‘n’ roll and steeped in the history of the El Mocambo with images and the names of iconic rock stars who have graced the El Mo stage from Debbie Harry, Elvis Costello and Chubby Checker to Kim Mitchell and The Cult. And the legendary neon palm sign outside the venue is up and flowing along the Spadina streetscape, but also represented inside including two replicas bookending the main stage.

The band tore through a set of new and mostly classic songs as the enthusiastic crowd sang along well into the night.

The sound, once Our Lady Peace took the stage, proved impressive, and could easily be one of the best in the city, especially for a venue of this size. And it will be interesting to see what the plans are for the coming months.

Frontman and Toronto native Raine Maida spoke of his own rock upbringing at the El Mo, and what it meant to him and the band to have the honour of being the band chosen to play opening night.

For many in the crowd, as well as the Toronto rockers on the stage, it was the first rock show since the pandemic hit. It was a couple of hours of normalcy, and it was clearly relished by all in attendance.

Wekerle was in fine form on opening night introducing the band and leading the call for an encore when the band wrapped up its set. The El Mo is his baby and it’s easy to see he is one proud papa.