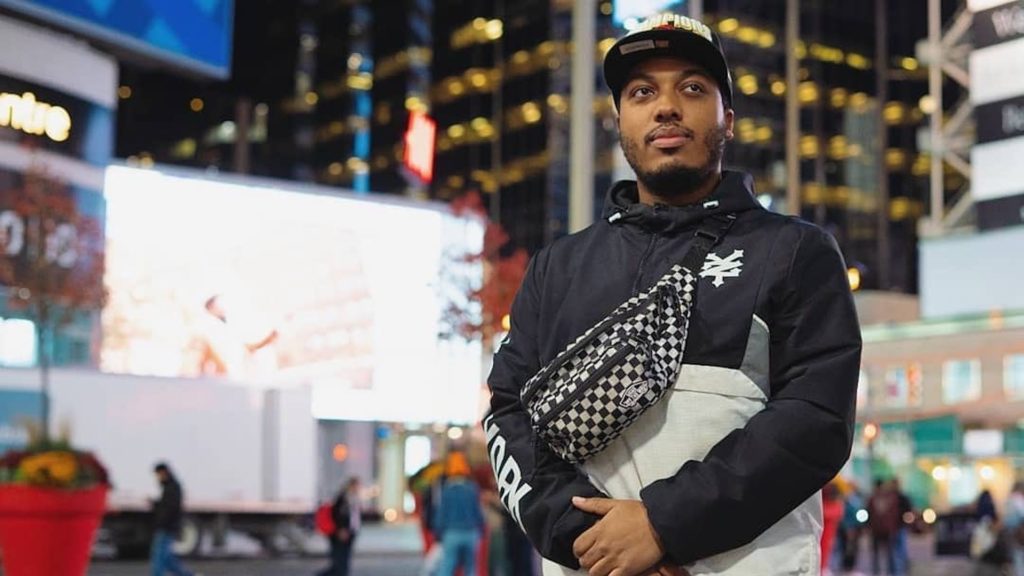 The first time Andre Gibson heard a beatbox was in Grade 8 in North York. But he didn’t start learning until a year later when he was on a field trip and a classmate was beatboxing in line right in front of him.

The beatboxing scene is competitive, according to Gibson. So when the classmate declined to show him how to make those rhythms, Gibson went home and practised on his own.

“I came back to school and did my thing and I showed him. He was like, ‘Wow, you actually got it down,’” Gibson says.

In the beatbox community, Andre is dubbed “The Beatbox Scientist.” He won first place as the Montreal Beatbox Champion and second place for the Vice Canadian National Champion. Now, he’s set to speak at TEDxToronto Renew on its opening night at the Royal Ontario Museum (ROM) on May 17.

The event runs over three days and features Gibson as well as nine other speakers with specialities ranging from genetic research and robotics to food and refugee activism.

Gibson said his talk will mainly revolve around his life’s journey as a beatboxer, and he’ll highlight how he’s used that journey to uplift others along the way.

Although he’s a champion, Gibson reveals that he didn’t know much about beatbox battles. Although he watched some in high school, he started to get serious about it when he began the search for battles in Toronto.

That’s when he landed upon something called the Great North Battle. The event is a Canadian beatboxing and hip hop showcase that allows international beatboxers to compete annually in Toronto.

Although it was too late to compete in the Great North Battle by the time he came across it, Gibson still went to the battle to watch, hoping to gain some wisdom about the culture.

While he was there, he stumbled upon a great community of beatboxers and learned more about battling.

Inspired to join a battle, Gibson found one in 2015 in Ohio and took a bus all the way there where he eventually ranked 16th place.


Then, in 2017, his luck changed and that was the year that led to his winning performances at Vice Champion and Montreal Beatbox.

Outside of battling, Gibson pointed out the importance of educating others in the art of beatboxing. That’s why he’s skilled in teaching beatboxing workshops in public schools and for youth in homeless shelters.

Those workshops include after-school programs for kids who “didn’t have much to do after school,” he said.

“I could relate as a kid. I had to move schools a lot of the time and it’s nice to be able to have something you don’t need any equipment for,” Gibson said. “You just need yourself.”

He said the best part is watching kids push their limits and watch what possibilities can unfold when they believe in their creativity.

But most of all, it’s a skill that helped a lot of kids come out of their shells. For Gibson, the art of beatboxing means not caring what anyone will think about your craft.

“You don’t need to think what someone will think of you if you say the wrong thing, because it’s just sound and music. And everyone loves music,” he said.

Andre Gibson will be speaking at TEDxToronto on May 17 at the ROM, tickets are available at tedxtoronto.com.