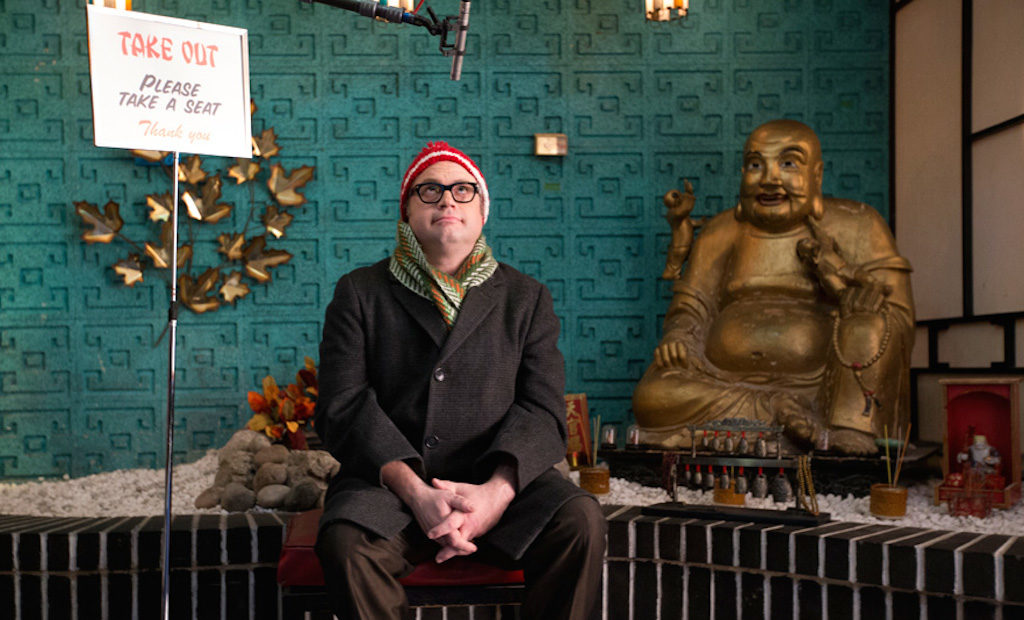 Although it originally aired during the 2017 holiday season, the charming documentary film Dreaming of a Jewish Christmas is having something of a resurgence. It airs on the CBC documentary channel tonight (Dec. 4), and it will now also be aired on the BBC in England, PBS in the U.S. and in Japan on HK. In addition, there is a free screening of the film at the Hot Docs Theatre on Dec. 18 at 7 p.m. The film chronicles the Jewish composers that brought to life some of the most cherished Christmas songs of the 20th century. Throughout the documentary Toronto musicians, such as Steven Page, perform said holiday classics in legendary restaurant Sea-Hi Famous Chinese Food. It’s pretty magical and a very Toronto-centric tale. Can’t wait until tonight? The film lives online right here.

Post City caught up with director Larry Weinstein and asked him about the film, and about his love of Sea-Hi.

So tell me about your involvement with this project and how it came about?
The two producers from Riddle Films, Liam Romalis and Jason Charters, had the idea in January 2016 with the working title The Jews Who Stole Christmas… But since we have Trump as president, you don’t want anything like that. I just thought it was a wonderful idea for a film to look at the Jewish composers of Christmas songs.
I love that Jewish composers wrote most of the most famous 20th century Christmas songs, just like I love that atheists wrote the greatest requiem for the church. I love that kind of irony. And it became this semi-autobiographical kind of situation.

Okay, so your family dined out at Sea-Hi, that’s where that came from?
The guys had the idea to do a Chinese restaurant near the top. The film proposal was actually made in the form of a Chinese food menu with soy sauce stains and everything. But, yes, Sea-Hi is an authentic 1950s restaurant in North Toronto where I used to go with my parents.

And you must have loved it.
I did love Sea-Hi. They had the same things, that golden Buddha, that weird blue paint and the menu was like standard Canadian-North American Chinese food and the menu hasn’t changed. They still have egg rolls as opposed to spring rolls and they still have chop suey — who has that? And they still serve raw egg noodles you dip in the plum sauce. These are all remnants of the ’50s and ’60s that haven’t changed at all.

Was that also where you went Christmas Eve?
The truth is, I did not do the Chinese Christmas Eve thing, we would get Chinese food at home instead. Although ironically, I am planning to have every Christmas Eve at Sea-Hi. I already booked my table this year, and we went last year.

How open were they to being involved in the project?
It was like a film set, we basically rented their restaurant and supplemented some of the appearance of the restaurant, which they like so much they kept a bunch of it.
The owner Stanley, he was delighted with the film, and got a nice bump in business.

It’s a great film, I’m sure most enjoy it.
People in general really love it. The warmest comments often come from Christians who celebrate Christmas and didn’t know this stuff. We also touch on the whole idea of Christmas as a non-religious holiday and how the Christian puritans actually banned it for many years because they thought it was hedonistic.

What are you hoping people take from the film?
Because I come from music films, mostly, and I’ve done a lot of these big performance films, I really wanted to weave the performance aspect as the main ingredient throughout the documentary. It’s something CBC really doesn’t do anymore. Hopefully people really luxuriate in the music and have fun with it.
It’s Christmas, and humanity wants to share joy. People want to have joyous occasions and don’t want division in the Trumpian time of our existence. We want to celebrate as human beings, and that’s what the film is about.