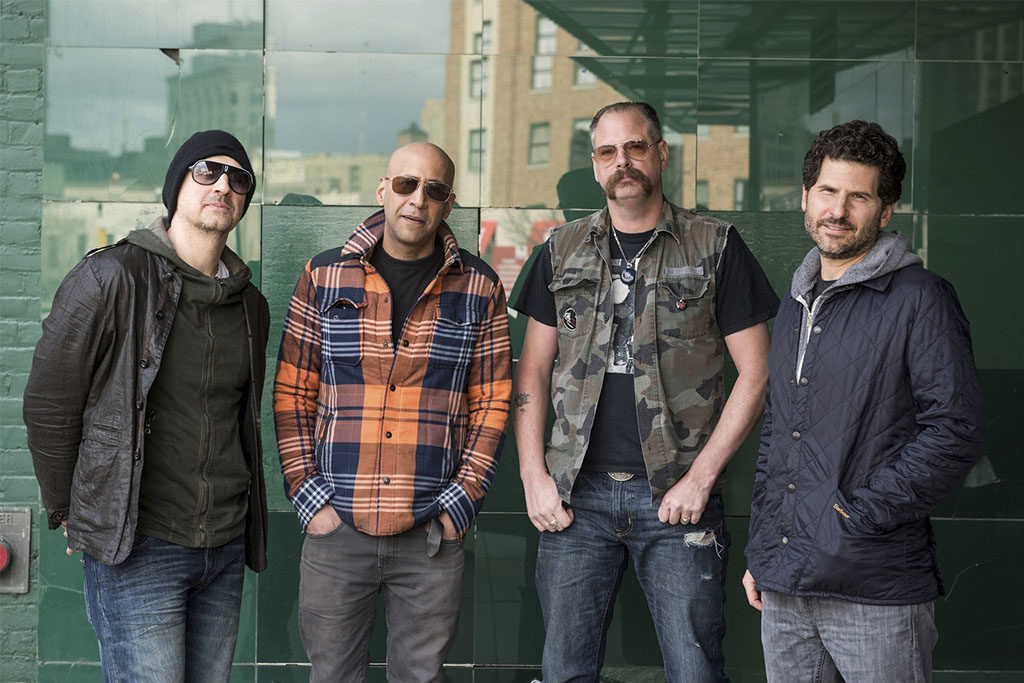 For many of a certain vintage, the ’90s represent a watershed time in Canadian music: a time when indie rock was the best show in town and concertgoers flocked to venues such as the Horseshoe Tavern, Rivoli and El Mocambo. It was a time when people collected shirts of their favourite bands, not their favourite craft breweries, and gig posters advertising bands from the Sarcastic Mannequins to Me, Mom and Morgentaler were wrapped around every vacant pole in sight.

This month, Toronto has slipped through a weird indie rock time portal as some of the best bands from that era are back in town for our collective nostalgic entertainment.

Here’s a guide to who they are and why people still care.

The Watchmen
This Winnipeg band’s energy and work ethic were characterized by lead singer Danny Greaves, who brought a lunch pail onstage for every show. In other words, he was ready to work. The band’s ferocious debut album, McLaren Furnaceroom, named for their DIY rehearsal space in the bowels of a landmark Winnipeg hotel, rocketed the band to acclaim. And it only got better with the 1994 follow-up In The Trees, which went platinum in Canada.

After a lengthy hiatus, Greaves and company dipped their toes back in the water a few years back with a show at the Horseshoe Tavern, which quickly sold out.

“It was a pretty big deal, and it was obvious once we all got in the same room that we all missed it, and we didn’t want it to stop, you know,” Greaves says.

As band members dispersed around Toronto, Greaves did film and TV work but also got into the bar business, opening up Motel in Parkdale. Apparently, it’s the place to be in town when the Winnipeg Jets play.

Now the band plays for fun, and Greaves has come to realize that the ’90s were a special time.

“The ’90s didn’t seem like it was going to last as long as it did or that people would be nostalgic about it 20 or 30 years later. It was really a lot of hard work,” he says. “But now that we’ve had the opportunity to step back from it and realize, God, after three decades people are still coming out, and now they’re bringing their kids.”

The Skydiggers
The first few chords of “Slow Burning Fire” transport many a Torontonian back to a time when the Skydiggers played numerous local stages, beginning with the old Spadina Hotel. The one-two punch of Andy Maize and Peter Cash along with Josh Finlayson turned out some of the best songs of that era, including “I Will Give You Everything,” “Monday Morning” and “Penny More.”

The band plays its annual holiday shows at the Horseshoe Tavern, Dec. 21–22.

The Lowest of the Low
Few bands are quite as quintessentially Toronto as the Lowest of the Low. When the band released Shakespeare My Butt, it was unlike anything else of that era. Songs are full of cheeky and introspective lyrics that swirl around the story of a failed romance played out while the romantic hero traipses around the streets of Toronto from the Only Café to Chinatown, a tin of Guiness in one hand, a Bukowski novel in the other. So influential was the album that singer and songwriter Ron Hawkins is still quite able to pack any sized Toronto room with crooners eagerly willing to sing along to every cherished word. But the story doesn’t end there. Indeed, the band has had some serious recent success, and the new album could be Hawkins’ best work yet, culminating in a massive seven-album collection called Shakespeare My Box released last month.

The Lowest of the Low plays Lee’s Palace on Dec. 29.

Big Sugar
Not many bands could master the sheer sonic assault of Big Sugar and its singer and guitarist Gordie Johnson. With a 1991 self-titled debut, the band fused incredible bluesy rock with a wisp of reggae style to create something unique and fresh and utterly Canadian. Sadly, the band lost one of its cherished members recently, Garry Lowe, and is intent on sending him off to that great sound studio in the sky in style with a big show at the Danforth Music Hall on Dec. 28.

Joel Plaskett Emergency
In the ’90s, bands from the East Coast of Canada were some of the best. First to lead the way was Sloan, who established Murderecords and initiated a steady stream of killer acts like Eric’s Trip and the Hardship Post. One of the best on the label was Thrush Hermit. This explosive, indie rock band introduced the country to a fella by the name of Joel Plaskett, and we kinda lost it on this guy when he went solo and released his debut Down at the Khyber. He plays with his band the Emergency at the Danforth Music Hall on Dec. 21.

The Tea Party
Sure, we thought he might have been pushing the Jim Morrison thing a bit too far, but when he got out the violin bow and started playing guitar, there was no denying the special talent of Jeff Martin. This trio was formed in Toronto at the Cherry Beach rehearsal studios and went on to international acclaim on the heels of memorable Middle Eastern–influenced tunes such as “The River.” The Tea Party plays the Danforth Music Hall on Dec. 27 and 29.