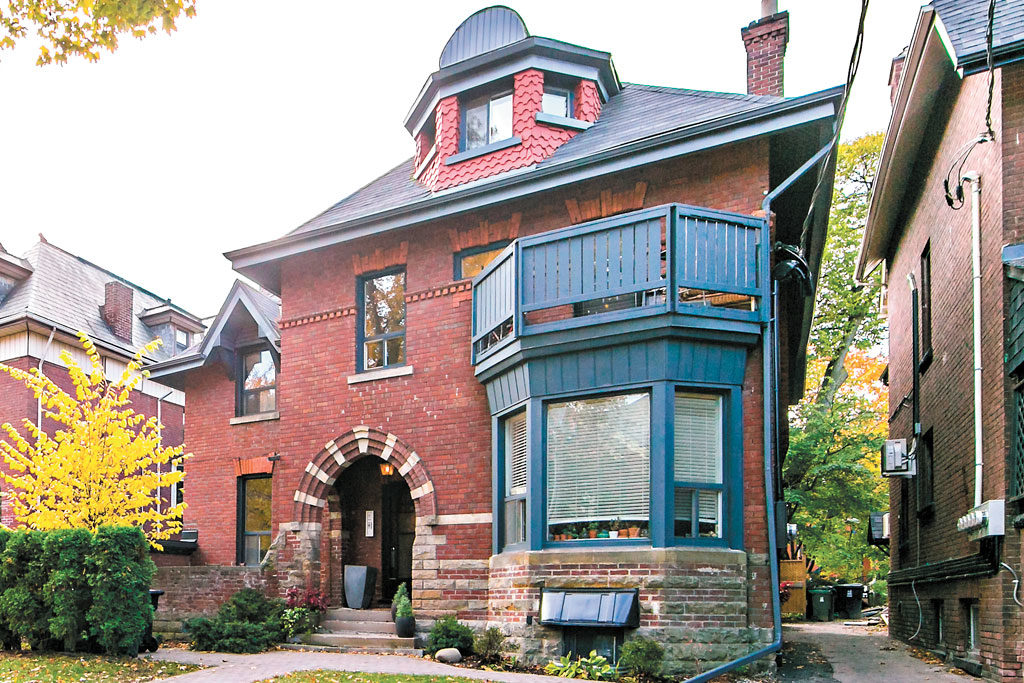 Built in the early 1900s, these Annex homes are high on character and charm. This celebrated neighbourhood has a lot to offer the homebuyer. Herewith, two picture perfect Annex gems including a rare Eden Smith classic and an investment property with curb appeal.

A SIXPLEX IN THE ANNEX​
The red-brick house at 396 Brunswick Ave. (pictured above) dates back to 1901 when it was commissioned by its first owner, an accountant by the name of Henry H. Lloyd. Back then, the house was valued at $5,250. Today, it is listed for $3.79 million with Erica Reddy, Royal LePage Signature Realty, Brokerage. The home was later converted into a two-family dwelling in 1955 and today holds six separate apartments in about 5,000 square feet of space with a generously sized backyard. The largest of the six units has three bedrooms, a kitchen, living room and balcony, and the smallest is a bachelor apartment. Future owners have the option of maintaining the house as an investment property or renovating the interior back into a single-family dwelling.

ARTS AND CRAFTS MANSION
​Built in 1905, the property at 260 St. George St. has been listed on the City of Toronto’s Heritage Register since 1974. The Annex mansion was built by Arts and Crafts maestro Eden Smith, a well-known Toronto architect. It oozes character with distinct wooden accents and staircases, stained glass and six, count ‘em, six wood-burning fireplaces. Too much beauty? Retreat to the third floor loft for a little quiet time. But it’s not all historic. In fact, the kitchen has been given quite the modern makeover with a massive granite centre island. With more than 5,000 square feet of luxury living space, a five-bedroom, five-bathroom home with this kind of history doesn’t come along very often. It is on offer for $3.199 million with Bosko Scepanovic, Keller Williams Referred Realty, Brokerage. As of January 18, this home is off the market.