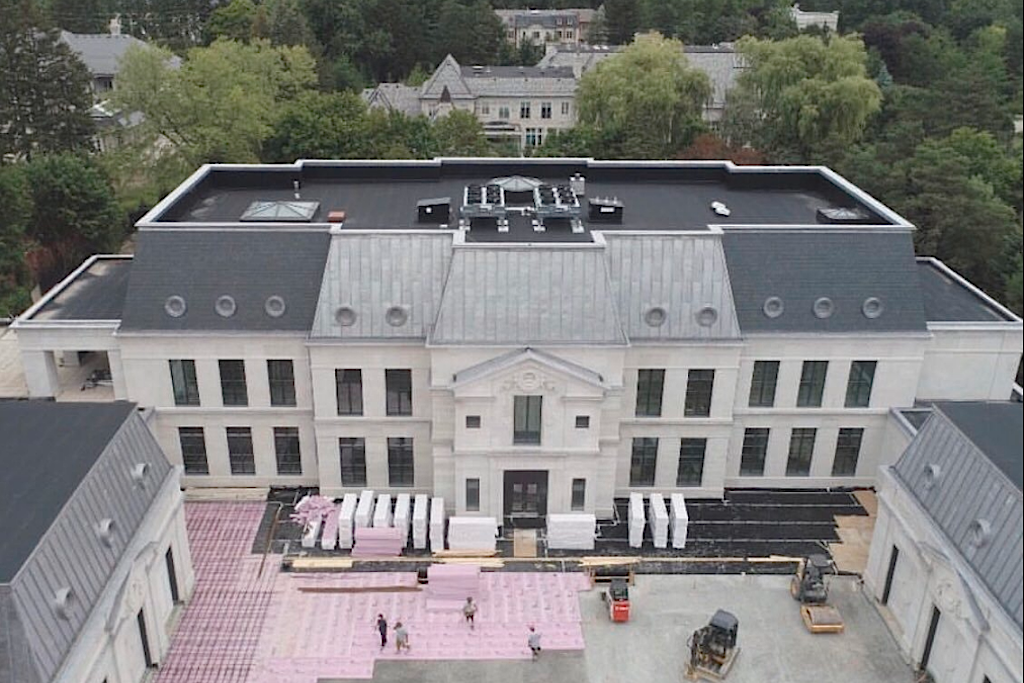 After much speculation, fans have finally gotten a glimpse inside Drake’s newly built Bridle Path abode. The rapper posted two videos on Monday of him and his friends shooting hoops inside his indoor NBA regulation-sized basketball court.

The court itself sports the OVO logo and a big “Welcome” just underneath one of the nets. The latter could be a nod to the Welcome Toronto program started by Drake and the Toronto Raptors in 2018, which pledged to donate $1 million to refurbish local community basketball courts over a three-year span and another $2 million to Canada Basketball.

In one of the clips, Drake is shown shooting a trick shot from what appears to be the second-floor gallery. From the roof, fans can see the court via a glass dome ceiling.

The Forest Hill native purchased his two-acre lot in 2015 for 6.7 million and after three years the mansion may be nearing completion. Ontario-based luxury designer and builder Ferris Rafauli custom built the 35,000 square-foot home that will also feature a 10-car garage, several guest bedrooms, an awards room, piano room, screening room, gym, and basketball memorabilia room. But of course, the most exciting part about Chateau OVO is the basketball court that we’re sure will soon be run amok with NBA stars and Raptors working on their free-throws.

Drake shows progress of his Toronto home via his IG story. pic.twitter.com/p9MGyeNKGb