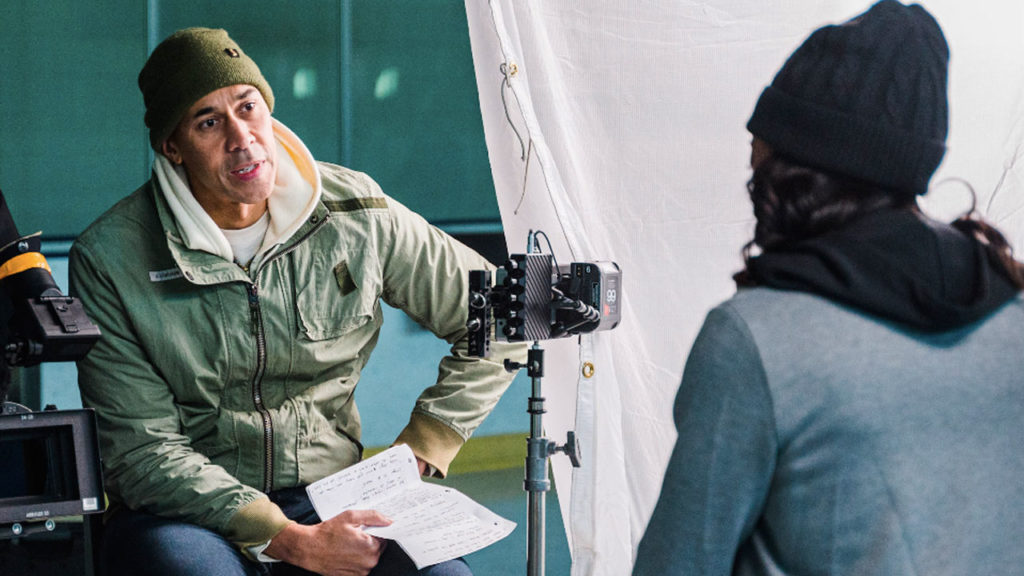 One of the most compelling Canadian films set to premiere at the Toronto International Film Festival is Black Ice, and not just because of its moving and important account of the Coloured Hockey League and the subsequent history of hockey in this country. It’s also the centre of a new $10 million lawsuit launched against its big-name producers Drake, Lebron James, and Future as reported in the New York Post yesterday.

Hockey is often dubbed Canada’s sport. Some consider it a cherished part of the country’s history, but many don’t know the whole story, and when filmmaker Hubert Davis read about the Coloured Hockey League, he knew he had to make a documentary about it. The result, Black Ice, is set for a world premiere at the Toronto International Film Festival this month.

“Black Ice is a documentary about, kind of, retracing the steps of the untold story of the Coloured Hockey League in the Maritimes,” says Davis, who first found out about the league from the George and Darril Fosty book of the same name.

“And at the same time, it’s also covering, really, the black experience in hockey and so some of the systemic issues of racism that have existed in hockey and kind of continue to this day.”

The movie has the backing of Drake and LeBron James as executive producers and stars a number of well-known hockey players, including Wayne Simmons, Sarah Nurse and P. K. Subban. It’s those high-voltage names that Davis says helps documentary films such as Black Ice find a wider audience.

“Documentaries are not like these feature films at TIFF that have the Hollywood stars in them. And those are the people that help sell the film,” says the Toronto filmmaker, who is originally from Vancouver.

“So for documentaries, I think it’s really important when you get names like LeBron and Drake on because I think they give it the reach that it needs. I think it’s so integral that you have people like that to help get awareness — that’s always the hardest thing for docs.”

Davis has been making a serious name for himself as a documentarian for years now, including becoming the first Black Canadian nominated for an Academy Award for the documentary short Hardwood.

His most recent film before Black Ice was Giants of Africa — about Toronto Raptors’ president of basketball operations, Masai Ujiri, and the Basketball Without Borders program — and also premiered at TIFF back in 2016.

One of the most surprising and important things that struck Davis, when confronted with the history of the Coloured Hockey League when he started working on the project, was just how far back in the country’s history it went.

“There is always a feeling of trying to find your place a bit and belonging and meaning and maybe not even realizing the extent of the Black contribution to Canada,” Davis says.

“So that’s really where it kind of felt personal for me. Like, there is a story there that goes back to the beginning, the roots of obviously hockey, but also just this country, that, to be honest, I didn’t really know that much about. So it was a bit of uncovering of those stories and wanting to share that.”