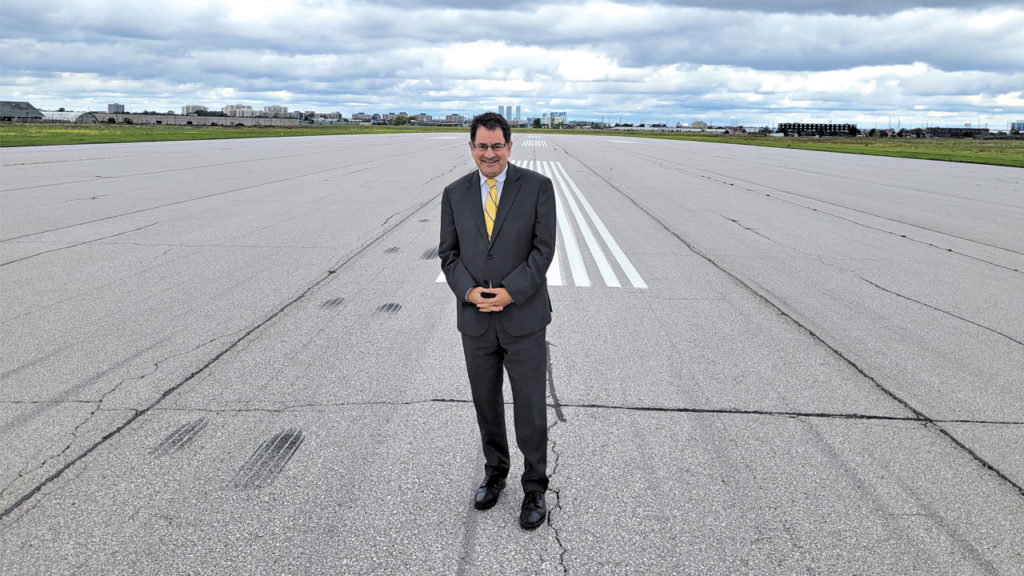 Looking at the mega-development being proposed in the Downsview neighbourhood of North York can be pretty daunting. Expected to be more than 500 acres and house up to 80,000 new residents over the next 30 years, the project is like its own mini-city where no housing currently exists. It’s a rare opportunity to build housing of this magnitude within Toronto and it is crucial that those involved get it right.

Called the Downsview Parklands, it is being organized by a federal employees pension fund and Canada Lands Company, a Crown corporation, to create a flood of new housing in place of an airstrip and industrial manufacturing run by Bombardier that will soon be vacated.

City councillor James Pasternak said that it is likely the largest development project in North America, if not the western world.

“It’s very difficult to get your head around how large it is,” he said. “​It is truly daunting.”

The land already has one of its first commercial deals — a $200 million movie studio investment, according to Pasternak.

That scrutiny has already begun as the city held a community consultation on Jan. 25 attended by approximately 100 local residents who fired off questions directed at City of Toronto Planning staff.

Questions of concern? Parkland, a community centre and how the project will affect residents nearby.

But first, the city has to update the Downsview Area Secondary Plan to accommodate the hefty ideas.

Last updated in 2011, it was drawn with the assumption that current tenant Bombardier would continue to operate on the land and has strict height restrictions and does not allow for mixed use.

That assumption, however, did not come to fruition, and in 18 months’ time, the land will be ready for its next life.

If the plan is changed, Pasternak envisions a “15-minute city” being built on the land. An idea popular in France, it means that anything a resident needs is only 15 minutes away. Pasternak wants the project to consist of mostly mid-rises of about 12 storeys in height, with taller towers close to transit stations, and for there to be at least 100 acres of parkland.

But to get there will take time and a lot of community consultation. Pasternak expects the project to be built out in phases over the next 30 years.

“This is a long road ahead,” he said.

Patrick O’Neill, a member of the Downsview Lands Community Voice Association (DLCVA), which represents residents in the surrounding areas, attended the city’s virtual meeting. He said the development is “terrific” in the sense that it is near three subway stops and could add much needed supply to the city’s housing market.

Although residents for now have only submitted one objection to the plan — that the size of parkland is exaggerated as some of it is not publicly accessible — O’Neill expects dozens of more inputs over the years.

He is comforted, though, by the seeming willingness of the builders and the city to listen to the community.