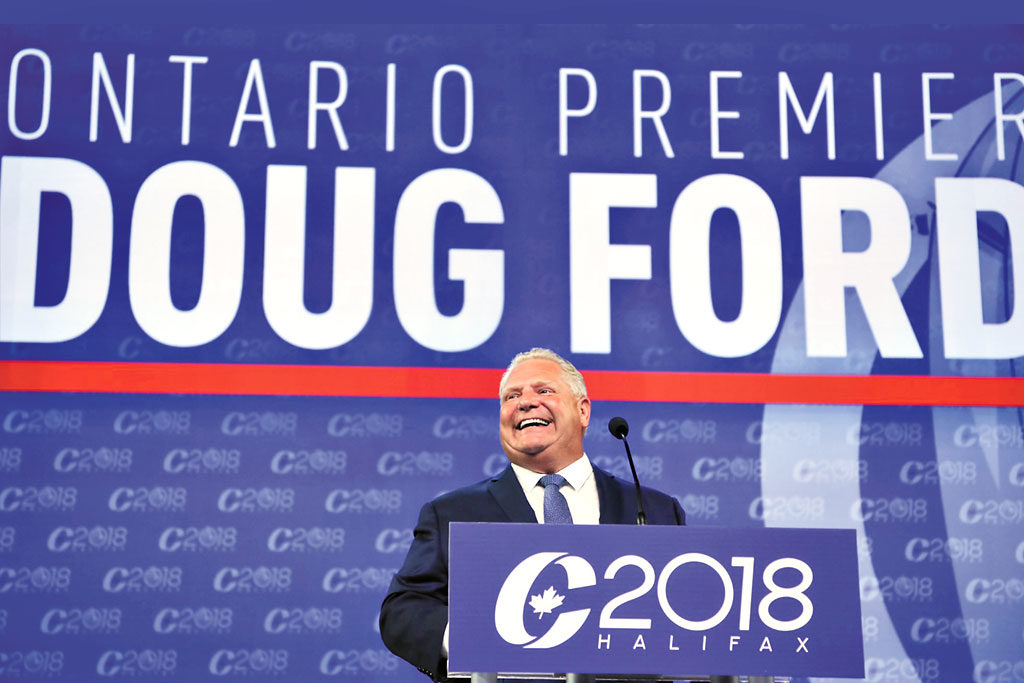 An absolute ruler who governs arbitrarily without constitutional or other restrictions. A ruler who exercises power in a harsh manner.

Those phrases seem to sum up Premier Doug Ford as he restructures Toronto City Council, cutting it from 47 to 25 councillors with no notice, no previous discussion of alternatives, no rational reason and with lightning speed.

Those phrases also come from a dictionary’s definition of a tyrant, which notes that a tyranny is a government in which a single ruler is vested with absolute power. Am I wrong in concluding Doug Ford is a tyrant?

Most of us tend to think that tyrants arise in other parts of the world, that they can’t happen here. But if we take a close look at what Ford is doing, we can’t escape the fact that he is acting like a tyrant. It has happened here. It is a mess we are caught up in.

And one never knows what a tyrant will do next. If he can get away with one unreasonable action, that will encourage him to do more.

The future, as the Leonard Cohen song says, is murder.

The assumption usually has been that our system of government has enough checks and balances that this kind of a situation will not happen. One check is the Cabinet system, where a premier exists within a group of people who consult each other so that unreasonable decisions can be avoided or minimized. Although the premier might be, as they say, first among equals, he or she is constrained by Cabinet opinion and will not go too far off the rails.

But in this case, Cabinet controls have not been effective. Many expected Carolyn Mulroney, a lawyer and the attorney general, to be a moderating voice, but she is silent. Christine Elliot was thought to be reasonable, maybe even a red Tory, but she has been silent. Rod Phillips, environment minister, a young hopeful in the ranks of the Conservative Party, has been silent. Vic Fedeli, former mayor of North Bay and finance minister, has been silent. All have publicly supported Ford’s actions.

These and the other Cabinet ministers are enablers, refusing to publicly stand up to tyrannical behavior. They are clearly a large part of the problem.

Another check and balance is the legislative committee, which hears from the public on the bill after second reading — except in this case the Ford government decided it would not hear from the public, and the bill was not referred to committee. The public was entirely excluded.

When the bill received third and final reading on Aug. 14, the Conservative Party members had the effrontery to cheer.

Tyrants often do what they can to sow confusion in legitimate organizations that could challenge them, and a tried and true technique is to interfere with elections. That is certainly the case here, where the municipal election process was well underway when the announcement to restructure council was made less than 24 hours before the nomination process closed.

It is not surprising that 12 members of the current city council voted to support Ford’s restructuring plan: some people like the “strongman” approach to decision making (think Vladimir Putin), and tyrants know they can rely on such people for support. These supporters are rank-and-file; they are not enablers like the Cabinet ministers who have real power. They are just cheerleaders who provide a thin veil of what looks to be legitimacy for tyrannical action.

Here we are in Toronto, the largest city in Canada, one of the leading cities in the world, and our local government is being destroyed. This is a frightening scenario. We do not know what Ford might do next.

Finding effective actions to rid ourselves of this menace will take all of the creativity and organizing ability we are able to muster in the coming months.