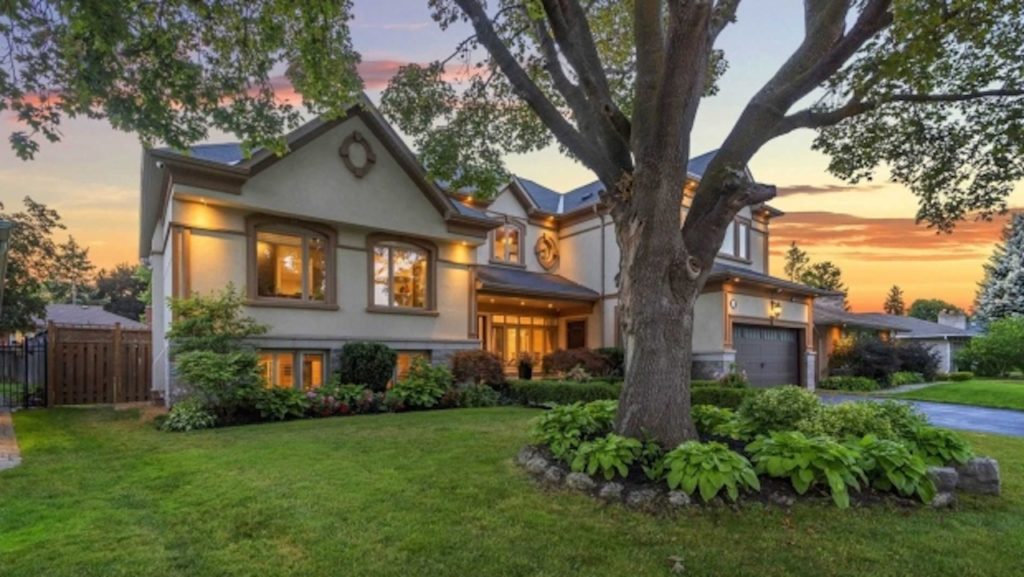 Nearly two weeks after listing his massive six-bedroom–four-bathroom Etobicoke home on the market, Premier Doug Ford has dropped the price by $399,000. The home was originally listed on July 15 for $3,199,888, but the listing was relisted to $2,800,888 on Tuesday.

The listing notes that the approximate value of a six-bedroom house in the area is $2,996,950, that homes like his sell on average in nine days, and there is a 63% chance that it will be sold within one week of listing.

The house, located at 6 Tettenhall Road, has a lot size of 63.83 x 120 feet and is built on a tree-lined street in the Princess Anne Manor neighbourhood. According to the listing, the two-storey property boasts nearly 4,500 square feet of living space, the master bedroom offers an ensuite bathroom, his and hers walk-in closets, and a balcony overlooking the pool. On the upper level—four bedrooms with walk-in closets share two semi ensuites, and the backyard is private and landscaped.

The relisting comes amidst reports that show that national home sales fell by 5.6% on a month-over-month basis in June, and the number of newly listed properties was up 4.1% month-over-month. According to the Canadian Real Estate Association, sales were down in three-quarters of all local markets, led by Canada’s biggest cities: the GTA, Greater Vancouver, Calgary, Edmonton, Ottawa, and Hamilton/Burlington.

Their forecast has home resales in British Columbia and Ontario cumulatively sagging 45% and 38%, respectively, in 2022 and 2023, setting the stage for a home price index drop exceeding 14% from quarterly peak to trough in both provinces.

In the GTA, higher borrowing costs continued to impact home sales in June 2022. Sales totalled 6,474 in the GTA—down by 41% compared to last year, according to the Toronto Regional Real Estate Board’s recent Market Watch report. In the city of Toronto— there were 2,422 home sales in June. The number of transactions in the GTA was also down compared to May 2022, and the average selling price was at $1,146,254—this was 5.3% above the June 2021 level but continued to trend lower on a monthly basis.

“Home sales have been impacted by both the affordability challenge presented by mortgage rate hikes and the psychological effect wherein home buyers who can afford higher borrowing costs have put their decision on hold to see where home prices end up. Expect current market conditions to remain in place during the slower summer months. Once home prices stabilize, some buyers will re-enter the market despite higher borrowing costs,” TRREB President Kevin Crigger said in a statement.