Double the laughs, double the fun - Streets Of Toronto
Skip to content 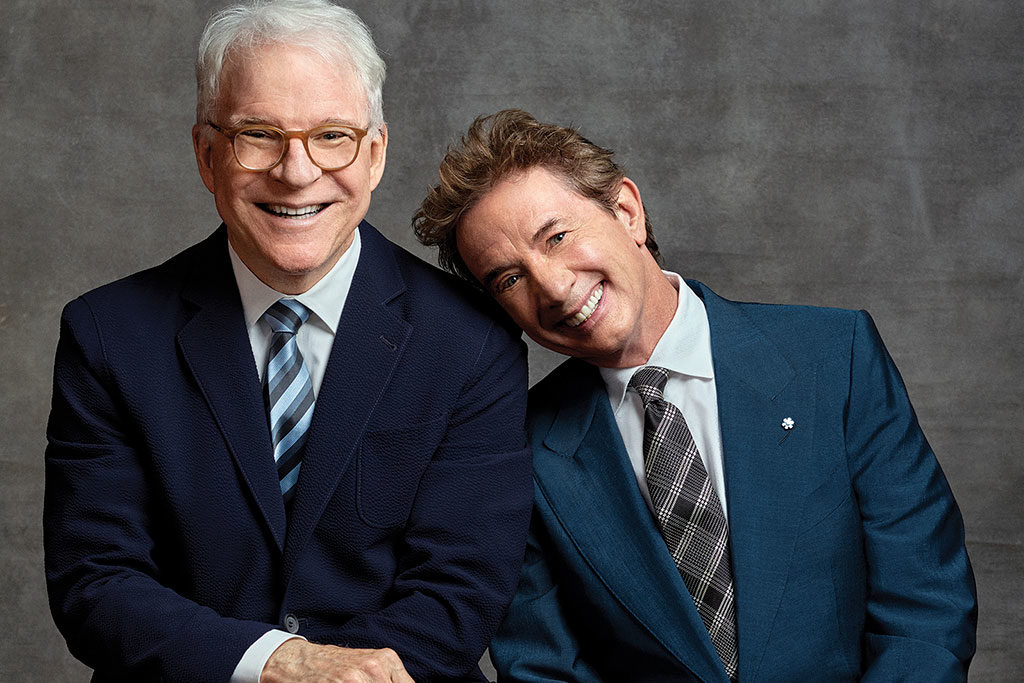 Legendary comedians Steve Martin and Martin Short bring their critically acclaimed stage show Now You See Them, Soon You Won’t, to the Sony Centre for the Performing Arts, April 12-13.

When did you first decide to put together a stage show?

Short: We’d been asked to close the Just For Laughs comedy festival in Chicago, just to interview each other. And we did it, and it went very successfully. But also, more importantly, we really had fun doing it. So when we were asked to do it again, we did it again. And we did it a few times, and then thought wait a second, what if we evolved this into a real show, not just us talking about our lives. So it evolved.

You guys have a really fast and furious back and forth. Is some of that improvised or is a lot of it really rehearsed?

Martin: Some of it is improvised, but you never know when you’re going to improvise. So you need to have a solid routine that we like to do in case we’re not in the mood to improvise, or if nothing comes up. So it varies from night to night.

Short: You want to make sure that the people who are paying handsome prices for tickets certainly get their money’s worth, so that’s where the structure comes from.

Martin: By the way, that was a good use of the word handsome.

Mr. Martin, what do you enjoy most about performing with Martin Short?

Martin: Marty and I have performed together enough now that we can sort of read each other’s minds. And it really makes for a good show. Just timing wise, we have very similar timing. Whatever timing is. I’ve never been able to define it. And we have fun onstage, and we have fun offstage. So it’s like a perfect environment, it’s not like work is hard.

Mr. Short, you are coming back to Toronto to do these shows. Are you going to change anything up for the hometown crowd?

Short: Oh, I don’t know, I might. It’s interesting. When I was a kid, my parents used to take me all the time to the O’Keefe Centre. which is now the Sony Centre, so I’ll certainly talk about that a little bit, that kind of, that was my connection to international show business, driving in from Hamilton and seeing, you know, Tony Bennett.

Martin: One thing I’m going to change for Toronto is when I say, Hello Toronto.

You’ve had guests join you onstage from time to time. Are you able to hint if anybody will be joining you in Toronto? Any local favourites such as Eugene Levy?

Short: Well you can’t hint at any of that because that would take away the secret.

Martin: But actually no. No we probably won’t because we want to do our show, and I don’t like to be too loosey-goosey with the show. We like to say, “Here’s our best shot.” And when you have somebody who is coming on for the first time, you don’t know what.… We want to really do well in Toronto, we want to be loved.

Short: Well I already am.

Martin: That’s why I say, if I could get up there with you.…

Short: Well that’s not going to happen, but I like the ambition. I think that’s what’s kept you so relevant.

You don’t tend to do a lot of political material. Is poking fun at leaders like Donald Trump just too easy or just not part of what you guys like to do onstage?

Martin: Well you know what, we might do more in Toronto. Because it’s a different country. We don’t like to do it in America because everybody has a stake in it, and we’re not there to divide the audience.

When you’re in Toronto, are there places you like to frequent, anywhere that you’ll try to hit up while you’re here for a couple of days?

Short: Well that’s my second home. I’m in Toronto a third of the year. But I would say my son Henry’s home I’ll hit. He lives there.

What is your pitch for why our readers should check out the show?

Martin: Well, we can’t really beg people to go. We’ve been in comedy our whole lives, and that’s probably why the people would like to go, maybe to see what we’re doing now. But we do feel we do a good show. So that’s all I can say. There’s nothing more I can. I mean, they can come to see how much I’ve aged.