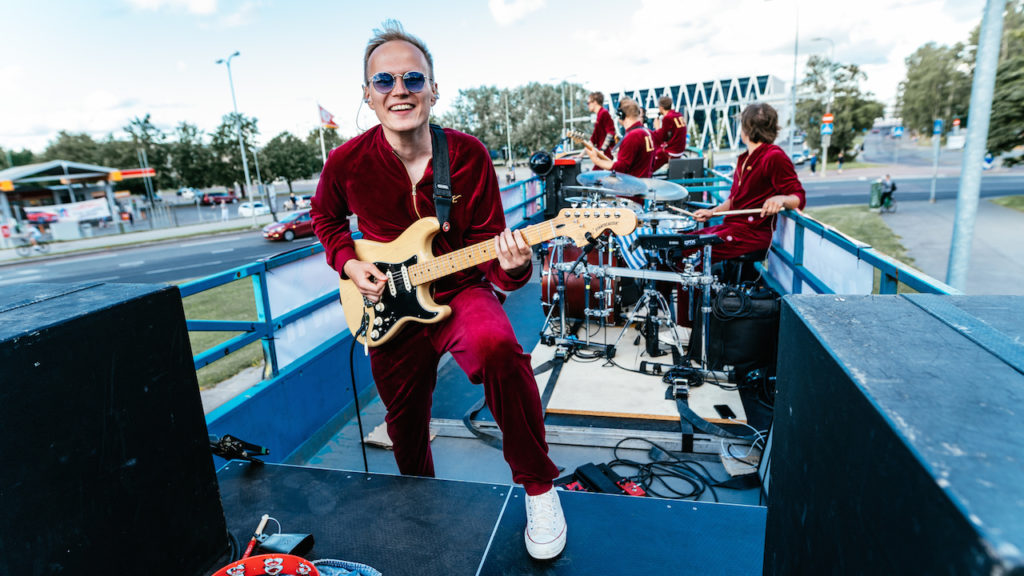 Toronto is getting a free concert from a roaming double-decker bus this week as Estonian musical group Lexsoul Dancemachine play a series of secret locations.

The locations of the shows will be revealed via the band’s social media before the concert on Sept. 21.

Local jazz-funk band The Shuffle Demons will also be part of the show,  the band which knows all too well that buses and funky music go hand-in-hand. The veterans of the Toronto music scene scored a massive hit song back in the ’80s called “Spadina Bus,” and they’ll surely break this gem out for the show.

The Shuffle Demons actually performed in Estonia in 1991 just days before the country gained its independence.

Lexsoul Dancemachine self-released its debut album in 2015 after a successful kick-starter campaign. The band broke internationally courtesy of a five-star review from monkeyboxing.com, followed by regular rotation on the BBC and other outlets.

“In short, there’s no posturing here, they wanna get into it man, you know – like a…well…like a sex machine. JB would be proud,” wrote monkeyboxing.com

Estonia’s Lexsoul Dancemachine made national news for performing atop a moving bus for 3.5 hours in the city of Tallinn, and they will do it again in Toronto before returning to the city on Sept. 23 for a full concert at Axis Club, for which The Shuffle Demons will open.

For more information on the double-decker bus show watch the band’s Instagram here.