Dollars and sense - Streets Of Toronto
Skip to content 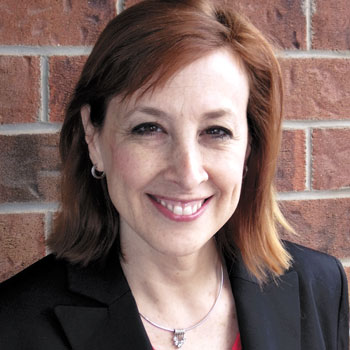 Watching her niece and nephew grow up, Kleinberg started worrying about their financial and job security. “Hearing the way they talked about their careers and what their expectations were when they got out of school, what they were going to earn, their lifestyles, I realized that there is a real disconnect, and schools aren’t teaching reality to these kids. So that was when I decided I’m going to write about this.”

So Kleinberg used them as inspiration for her books, which have become go-to resources for parents trying to encourage their kids to be smart with money.

Elizabeths is Kleinberg’s third release, following the successful From Playstation to Workstation and Employee Rights and Employer Wrongs.

Although she is very clear-headed when it comes to careers nowadays, that wasn’t always the case. Back in high school, Kleinberg had no idea where she’d end up.

“In high school, I didn’t know what I wanted to be, so if you saw my resumé, it would have like 19,000 different careers on it,” she says. “I changed careers with the wind. I couldn’t nail down what I wanted.”

But eventually, she learned to exercise those decision-making skills, and it started when her mother gave her the choice of either going to French immersion or mainstream school, and she chose mainstream, ultimately attending York Mills Collegiate.

There was also a great variety of class choices. She took accounting to make her parents happy, but also took literary satire to fulfill her own interests.

After high school, she got an economics degree and became a stockbroker’s assistant, eventually leading her to a job in career counselling at the Bank of Montreal. After that job ran its course, she was well equipped to start her own career guidance company, called Potential to Soar.

Now that she has “been in the trenches” and knows how difficult and confusing it can be to build a career when there are so many options out there, Kleinberg is happy to share her knowledge and empower the youths she hopes to reach through her books.