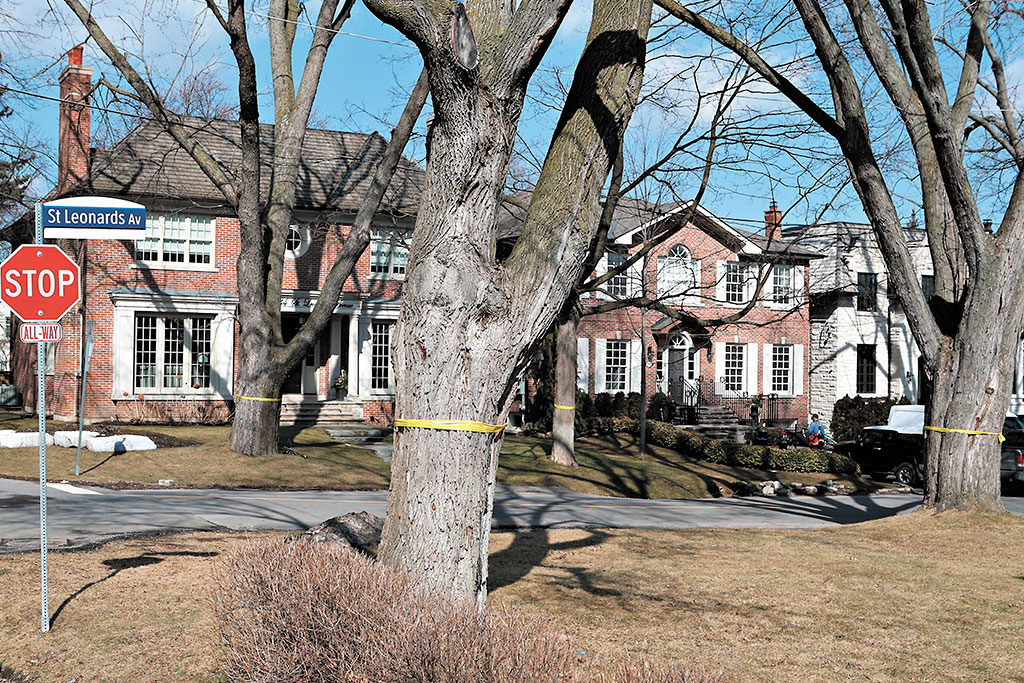 In April, Toronto city councillors gathered to discuss, amongst other important local matters, the health and welfare of trees on private property.

In North York, councillors imposed a fine on a homeowner who cut down more trees on his property than permitted. In East York, an individual was denied a request to remove a tree even though there is a real risk that the tree will fall over due to construction activity on neighbouring property. Yet by far the most interesting discussion was a proposal for the City of Toronto to buy a piece of property in Etobicoke for the sole purpose of protecting a 350-year-old oak tree.

More than 10 years ago, Toronto City Council passed the province’s first private tree bylaw to protect the city’s tree canopy and ensure that new trees are planted if one is cut down. And residents by and large agree with the objective.

The very residents that support the private tree bylaw and the onerous requirements that are contained therein are the same people that are outraged when the city seems to be able to clear-cut trees with impunity.

When the city was constructing a new streetcar facility at Ashbridge’s Bay, approximately 84 mature trees were cut down to make way for the new building, enraging the local neighbourhood residents.

When Metrolinx was looking for a staging area for its construction equipment for the Eglinton Crosstown Light Rail Transit project, it decided that the park adjacent to the North Toronto Memorial Community Centre would be an ideal location and proposed cutting down 25 mature trees to make space for construction equipment.

Last month, many trees were cut down in Chatsworth Ravine as part of regeneration plan. Invasive trees were removed to make space for trees more suited to support growth in the ravine.

The new trees have yet to be planted so the ravine looks bare and stripped.

Good public policy is undermined when there appear to be different rules depending on who is asking for permission.

A homeowner has to ask for permission to remove a tree that is at risk of falling down, but the city can cut healthy trees because they are in the way.

If a homeowner gets permission to remove a tree, there is a requirement that two or three trees are planted in compensation for the one that is removed.

If there is not enough space to accommodate the new trees, the homeowner pays for a tree to be planted in a public park.

When the city needs to cut down trees, the replanting requirements are not the same.

Although most people understand that sometimes healthy trees need to be removed so that a greater public good can be realized, it is important that the process appears to be fair and consistent.

Perception is reality, and if the city is serious about its commitment to the tree canopy, it has to lead by example.