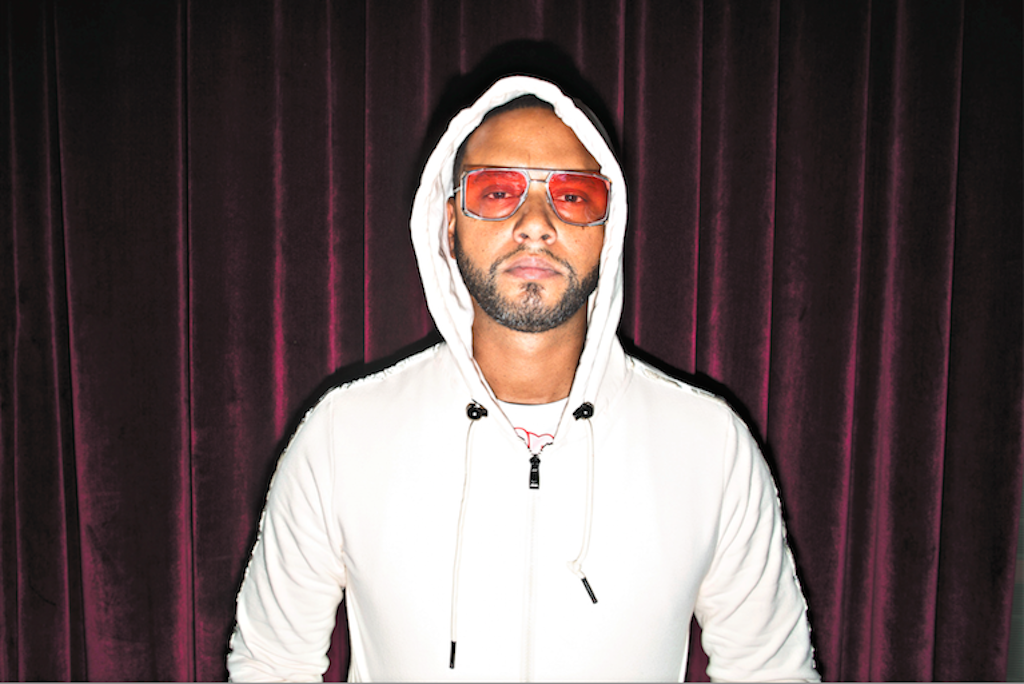 Julien Christian Lutz, a.k.a. Director X, is hoping to bring a meditation program to the city to help reduce the incidents of gun and mass violence in Toronto.

This project stems from you being shot, accidentally, a few years back. Do you still think about that moment?

Not everyone is that lucky. The bullet wasn’t meant for me. It passed through two people before it hit me. One bullet can mean a lifetime of hospital visits and doctors and therapy. One bullet can take a life. So I’m a lucky one, and I’m very aware that that’s not always the case.

Your own research site Operation Prefrontal Cortex provides information on meditation and the impact it can have on the brain. Had you been meditating before your shooting and what came afterwards?

Yeah, meditation was actually something I was already doing. But I didn’t really know what it was doing for me. It wasn’t until later, when I started reading different things that talked about violence and aggression, the brain, abuse, neglect, stress and then as you bring them together. We were the first people to actually bring this information together [with Operation Prefrontal Cortex].

And when did you first start connecting the dots on all this?

It was actually around the time a rapper — a lot of rappers were being killed — the rapper Smoke Dawg was killed on Queen Street [in 2018]. That was the one after which I decided to go to the mayor with our information [Operation Prefrontal Cortex]. I sat down and decided to present something to him. And then when TEDxToronto asked me to speak, I really got in there and started to bring it all together.

You also advocate for a meditation outreach program called Advance Peace. Have you seen first-hand and spoken to some of the young people who went through the program?

No, but the thing was so clear. You know, from the middle school in San Francisco to the violent prison in Mexico, you see how these places are changed with the [Advance Peace meditation] program. You know, the environments were so extreme, the before and afters are so extreme. There was no real need to go and find something to double-check it.

You have a petition right now to bring Advance Peace to Toronto. Why?

I want Advance Peace [a charitable organization based in Richmond, Calif.] to come here. Advance Peace has a serious track record in the States. What they did in California, changing a city that had eight times the national average of gun crime down to a 40 per cent drop in one year, we need that here. What I care about is the violence in our city and it calming the f**k down. We need to look at places that have gotten results and do them. If that’s what it takes, then that’s what we should do. Because not only have they gotten results, say like in Sacramento, they’ve saved that city $29.2 million because of the gun crimes they have been able to prevent.

Sounds like a great program, but there has to be more to it, no?

Beyond even what we are talking about with Advance Peace, we need to be getting into these communities and helping kids that are already in trouble. You have to have a conversation, a very real conversation about what’s going on. Why is the world shaping young people who feel murder is the way to settle the dispute? What’s going on? You have to really get serious about this because now there’s no peeing section in a swimming pool, and you can only hold that back for so long, right? And now, the violence has spilled out into places where we all are.

There is a movement to defund the police and use those funds to invest in other programs in, for example, at-risk neighbourhoods. What are your thoughts on that?

It makes a lot of sense for what we got going on. Not every situation needs a cop. And when it comes to gun crime, we need to deal with prevention. Cops show up afterward and catch people. If it’s someone you love that has just been murdered, yeah, justice is nice, and that’s important. But you would have much rather that the shooting never happened. And that’s the program we are talking about that gets at prevention and stopping them as opposed to catching them.

Who have you spoken to, at the government level, on this, the mayor or the premier?

The deputy mayor, I’ve spoken to him about it. He’s seen the results, and he will present it to the city council on the 29th [of June]. And then we’ll see where it all goes. But this is an approach that makes sense. It should be provincial. This should be how we tackle what we got going on in our city, in our province and across the board. This is a big deal: to begin to look at the young people and see their potential.