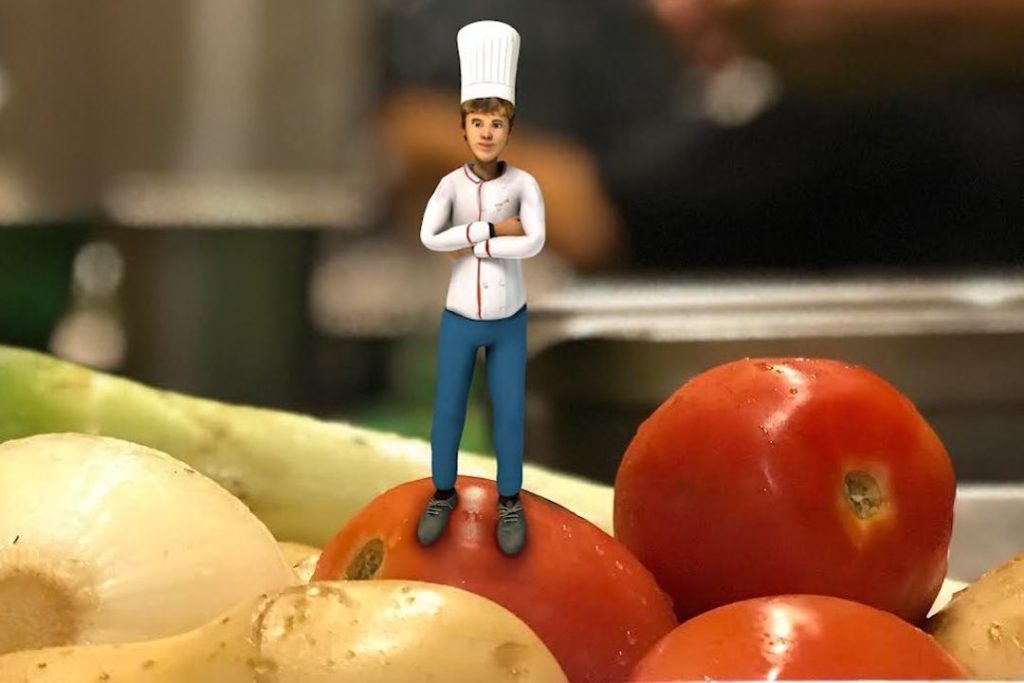 An immersive dining experience featuring an esteemed French chef has made its way to Jokers
Theatre and Comedy Club in Richmond Hill. But at just six centimetres tall, it’s safe to say this
pint-size chef is probably the tiniest cook you’ve ever seen.

In 2015, Filip Sterckx and Antoon Verbeeck the Belgium duo behind the artistic collective
Skullmapping, came up with the idea of Le Petit Chef to show restaurants the possibilities of 3D
projection.

After their video of the tiny chef in action went viral (it currently has over 30 million views on
social media), it kick-started Le Petit Chef’s rise to stardom.

“At first we were overwhelmed with the reaction of Le Petit Chef,” said Sterckx on his
company’s website. “We hoped we could do one or two events with this concept, but when the
video went viral our mailbox exploded with inquiries from all over the world.”

Through the use of 3D projection-mapping technology, Le Petit Chef comes to life on your plate
to create a virtual story on your tabletop. The thumb-sized chef “prepares your meal” and when
the projection is complete, the dish is brought to your table.


The five-course meal is presented over a two-hour period and includes a seafood bisque,
caprese salad, fillet mignon, and, for dessert, crème brûlée. There’s also a vegetarian and kids’
menu for children ten and under – although the show is not recommended for children under
the age of six years.

Since its inception, Le Petit Chef has been installed in over 50 restaurants worldwide including
Paris, Shanghai, Moscow and Dubai. Even celebrities have had their fan moments with the wee
cook, like when Hugh Jackman was dazzled by the chef’s culinary skills back in 2015.