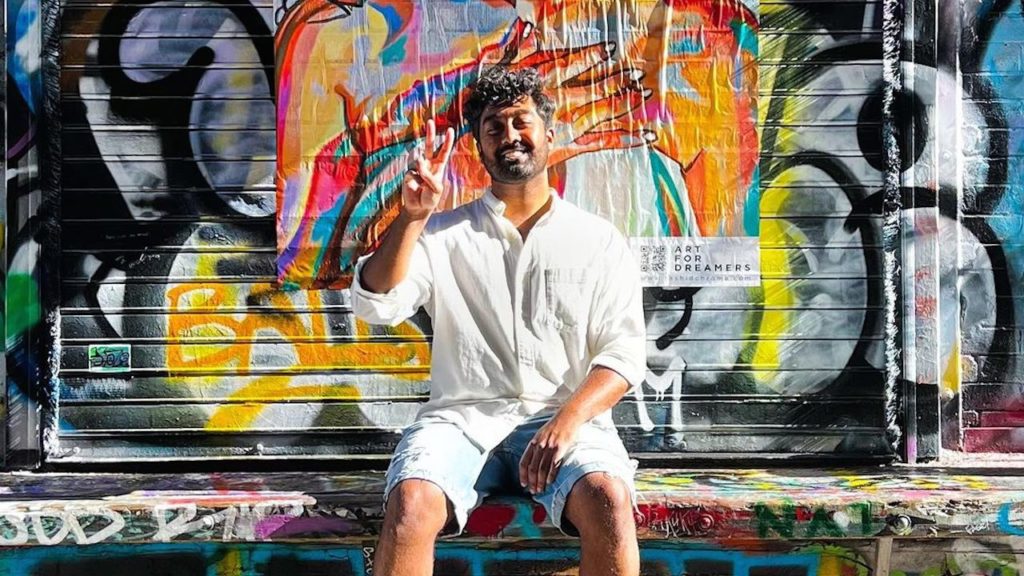 This weekend, Toronto-based digital pop artist Nashid Chroma is turning urban spaces into his canvas all around the city. Over the course of the three days, Chroma will paint over posters of his fiance, adding text, embellishments and his signature florals. The concept aims to transform their ad-like multiplicity into one-of-a-kind works of art.

Chroma’s compositions depict pop culture icons such as rap artists, athletes and other celebrities who are often found at the media’s forefront. His work explores the threshold between the infamous and the anonymous, as his muse is often depicted with flowers covering distinguishing physical features.

“I’m trying to push the boundary of what art and ad space can be, and showing that people can create their own opportunities, in a creative space that can feel stifling for artists trying to grow their public presence,” said Chroma.


“I also wanted to create a performance the way a musician does at a concert, letting people see me working in the moment, and feel some of the energy that I feel as I create. But ultimately, this work is about love. The central image is of my beautiful fiancé. It’s also about my love of colour and this city.”

His latest project is titled Painting Toronto and is open to the public. Chroma opted to outline his artistic schedule so possible attendees could find an area close to them.

The action truly kicks off on Wednesday, where Chroma begins at Graffiti Alley. Throughout the week, Chroma will hit Lower Simcoe and Front, Bay and Elm, Dundas and Augusta, as well as Graffiti Alley for a second time.

Nashid Chroma’s schedule can be found on his website. The first installation begins at 6 p.m. on Aug. 17 and concludes at 8 p.m. on Aug. 22.