Are delivery apps helping or hurting the restaurant industry during the pandemic? - Streets Of Toronto
Skip to content 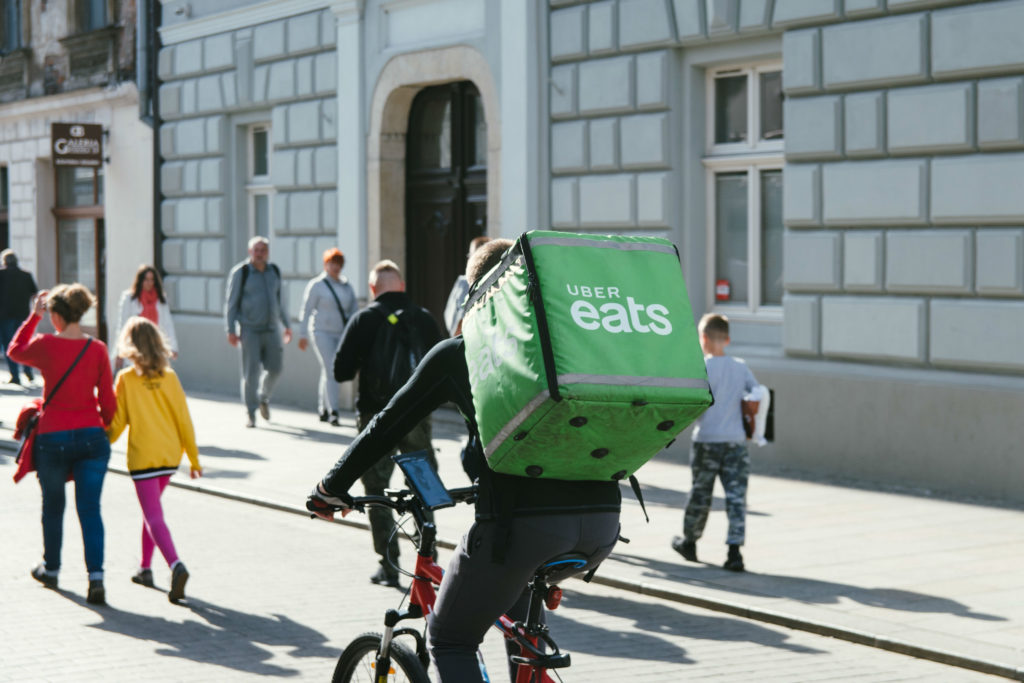 Whether it’s been to give yourself a break from cooking or to support a favourite restaurant (or both), most of us have ordered delivery since dining rooms were forced to close amid the pandemic. But with delivery now comprising virtually all of any given restaurant’s revenue, the role of third-party delivery apps, like Uber Eats and SkipTheDishes, in their day-to-day operations has suddenly become much more significant.

On the positive side, these apps can allow a restaurant that might not have the resources to provide delivery in-house to get food out to their customers’ homes. Third-party delivery apps also allow a restaurant to potentially reach a large new audience of diners through their platforms.

At a time when restaurants are relying on the minimal revenue provided by delivery, however, the fees charged by delivery apps can cut deeply into their bottom line.

Different delivery app platforms have offered various levels of support to the restaurant industry in this time of crisis, and it might make you rethink where to place your next order.

Uber Eats has been waiving delivery fees for customers, but restaurateurs like Nick Di Donato, president and CEO of Liberty Entertainment Group, wish the brand was directing commission waivers towards restaurants instead.

“I think a lot of people would want to help restaurateurs,”  he told us in an interview about BlueBlood Steakhouse’s new delivery program. “Maybe making it a choice for a customer to let the restaurant keep the delivery fee may have been a better approach,” he says.

In an interview with Foodservice and Hospitality, an Uber Eats spokesperson explained the brand’s decision, saying: “We support efforts to help the hospitality industry, which is why we’ve focused the majority of our efforts on driving demand to independent local restaurants, which we know is a key concern of our partners during these unprecedented times. But providing our platform and services to restaurants costs money — changing commission rates would force us to alter the way we do business, potentially hurting those we’re trying to help the most: customers, small businesses and delivery people.”

This week, SkipTheDishes announced it would be giving back an estimated $7 million in commission rebates to restaurants on their network through the month of May.

This builds on an initial 30-day support package the brand launched at the beginning of the COVID-19 crisis, which has already provided over $5 million in commission rebates to their partner restaurants.

The platform has also launched an option for customers to leave tips for restaurants when placing orders, with 100 per cent of tips going directly to the restaurants.

Beginning on March 17, DoorDash introduced a new program that allows independent restaurants to join the platform for free and pay no commission fees for 30 days. Since March, they’ve also been completely waiving fees for restaurants on pick-up orders.

On April 13, the brand announced that it will also be offering a 50 per cent reduction in all order fees for restaurants on their platform, which will continue until the end of May.

Ultimately, it’s worth checking if it’s possible to order directly from a restaurant before opening up your delivery app.

As Di Donato points out, delivery fees from third-party apps didn’t typically make a marked difference in revenue when dining rooms were open. But when delivery is the only source of income, those fees start to take a bigger cut of a restaurant’s possible profits.

You can support restaurants by ordering delivery, but your support goes even further when you order from them directly.