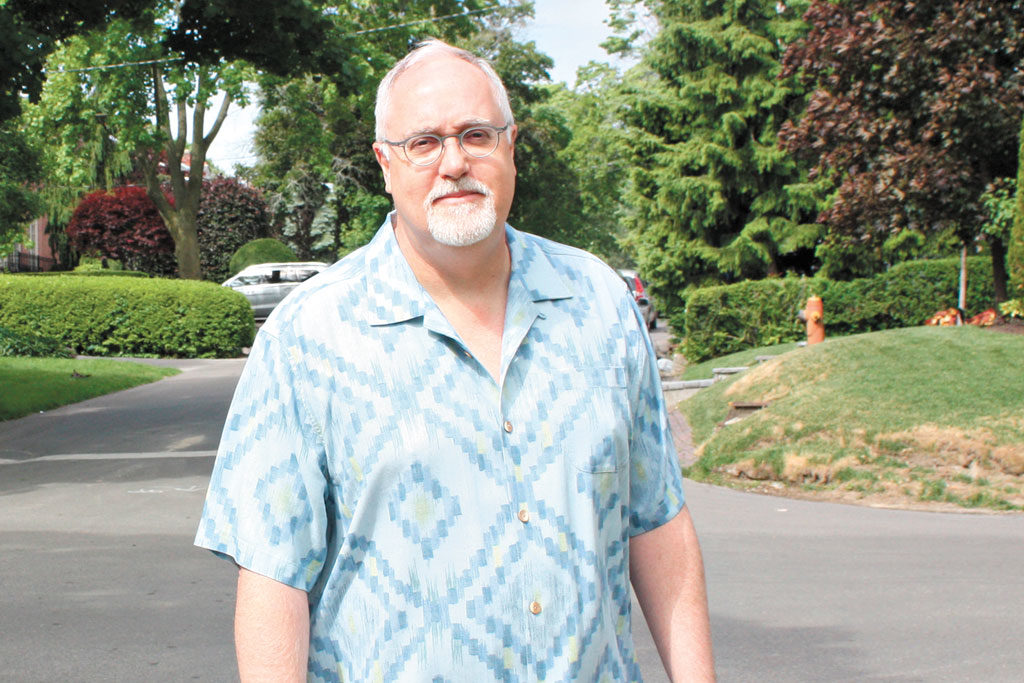 There are signs throughout the winding roads of Lawrence Park warning drivers to slow down. Two large versions of the signs are perched in front of neighbourhood school Blythwood. Yet for the past year, a public works plan designed to prevent flooding and improve roadways including the installation of some sidewalks seems to be tearing the community apart.

On one side are concerned locals, such as John Gill, who want sidewalks constructed throughout the community to make the area more accessible for seniors and those with disabilities as well as for children. On the other are Lawrence Park residents who want to retain the area’s rural character and especially the cherished tree canopy, some of which would need to be sacrificed to make room for improvements including sidewalks.

The division in the community came to a head when residents of Lawrence Park gathered at a local church late last month for a public meeting to discuss a controversial plan to install sewers, build sidewalks and reconstruct roads that, if approved, would result in the loss of hundreds of trees in the leafy neighbourhood.

“This has been incredibly divisive,” said Gill, who spoke in support of sidewalks at the meeting. “I was heckled. People were telling me to sit down. We [those who want sidewalks] were all heckled.”

The issue has become so important that Mayor John Tory, who grew up in the area, attended the meeting and offered his own thoughts to the crowd in attendance. He has spent over 40 years in the neighbourhood.

When he arrived, he took to the pulpit and worked to ease the concerns of residents with an appeal to let the “consultation process work.”

“I can tell you we are not spending money to put in sidewalks to aggravate people,” said Tory, regarding the sidewalk issue. “I think there can be fewer sidewalks than there are in the original plan.”

An initial study of the area conducted by an independent engineering firm released a year ago  suggested 349 trees would have to be removed to facilitate the upgrades and install sidewalks. Residents of the old neighbourhood with many mature trees were outraged. “Take down the canopy? Well there goes the value of my home,” said resident Jeremy Brasseur at the meeting. “I haven’t heard of anyone who is in favour of this plan.”

Frank Mourneau, head of the LPRA, noted that a week before the meeting “Things began to heat up when an anonymous person ran an ad in the Toronto Star,” which highlighted the importance of trees to the community.

The city does need to maintain roads in the neighbourhood, and in some parts of the neighbourhood the roads are 50 years old. The work that needs to be done goes beyond simple scrape and pave. The roadbeds need to be rebuilt, sewers have to be put in to replace swales that have been filled in over the years.

To do this, the City of Toronto is spending big. The combined Bayview Avenue sewer and Lawrence Park road project will cost millions of dollars and will take a decade to complete.

Jackie Kennedy, a senior engineer with the city, addressed the capacity crowd at the public meeting. She explained that the original estimate of more than 300 trees removed came from the engineer’s report, which simply applied existing Toronto regulations for road width to a map of the neighborhood. According to Kennedy, this was just a first step, a preliminary finding.

“We heard residents loud and clear,” said Kennedy. “That was step one. We still have to do a detailed design, as well as actual construction, which could see far fewer removed. The 349 number was a high-level view. We’re engineers. We have to be conservative.”

The original study has been reworked, and according to Kennedy, the city has agreed to narrow the streets so fewer trees would have to be removed. And sidewalks will be the minimum width allowed by the province.

In applying the new information to a map of the neighbourhood, Kennedy explained, “one hundred and six [trees] are likely to be removed. And we’re going to look for opportunities to bring those numbers down further.”

“I still think 106 is too high,” said councillor Jaye Robinson at the meeting. “We will do whatever we have to do to get that number down.”

As it is, the city still has to budget and draw up a list of priority spending, so the project is not even officially scheduled. Construction would, at the earliest, begin in two years.

“No one is coming with a chainsaw tomorrow,” said the mayor. “It’s good that it’s 2016, and that we’re talking about it.”

116
The number of species of trees in the city, including native species such as black walnut, trembling aspen and shagbark hickory.

1,800
The number of Toronto fruit trees harvested from by not-for-profit organization Not Far From The Tree.

250
The estimated age of a red oak in Etobicoke believed to be the city’s oldest and largest at 25 metres.

$7.1
The dollar value, in billions, that has been assigned to Toronto’s forest by the City of Toronto.

1999
The year Toronto’s famous street art Hug Me tree first appeared at the corner of Queen and Shaw.