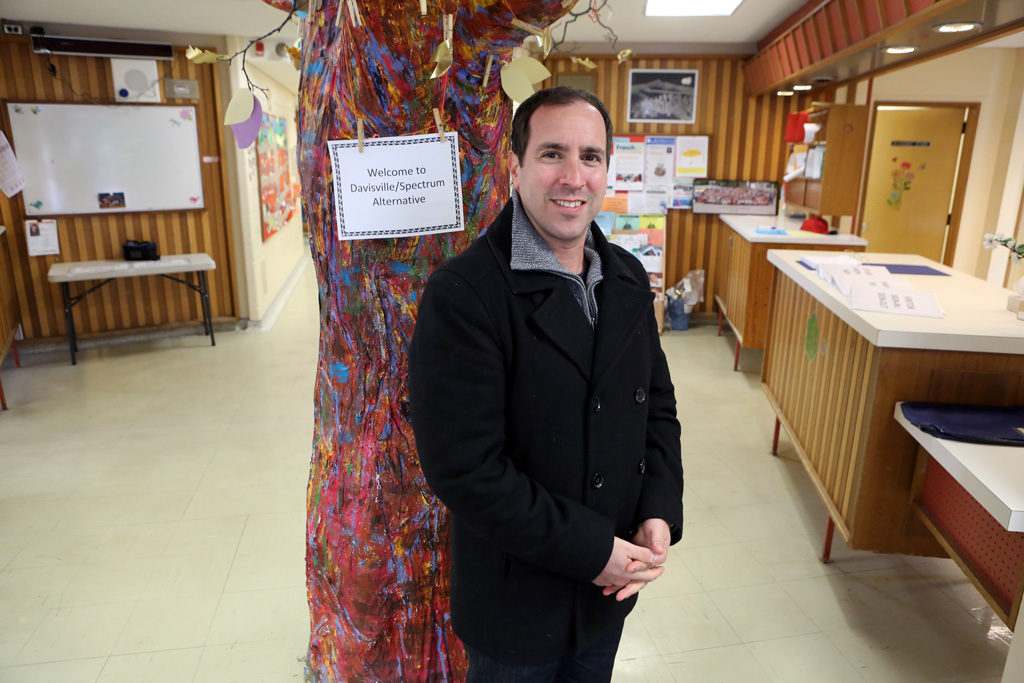 A proposed initiative to build a Midtown hub next to Davisville Junior Public School received some good news last month, after a major cash injection by the province for the rundown school was announced.

Now, the Toronto District School Board (TDSB) will no longer have to sell the site’s surplus land to developers to fund the school’s replacement.

The TDSB originally planned to sell 0.98 acres of surplus property to help pay for a facelift for the dilapidated elementary school near Yonge Street and Davisville Avenue, but it was announced Monday that the province will pledge $14.7 million to completely rebuild it.

John Hiddema, co-founder of the Midtown Hub community group, was pleased by the news.

"The new school was the vital first piece in the puzzle,” said Hiddema. “Now our work to create the community space everyone in Midtown needs can shift into high gear.”

Ward 22 councillor Josh Matlow, along with other members of the Midtown Hub group, are currently in negotiations with the TDSB to create a space Matlow said will service “a rapidly growing community that isn’t served well enough by city infrastructure.”

Now that the province has stepped in, the city no longer has to compete for the space with private developers and public agencies.

Matlow said he already has a tentative agreement with City of Toronto staff that would see a double gym open to the public, a multi-purpose community space, a community kitchen and even a new swimming facility.

The price is still being worked out, but Matlow acknowledges it will be expensive, citing the pool alone could cost up to $18 million.

“No one has that sort of money just sitting under their couch,” said Matlow.

Matlow expects the project to be paid for through community fundraising with the Midtown Hub group, Planning Act Sections 37 and 42 funding and other capital funds from the city.