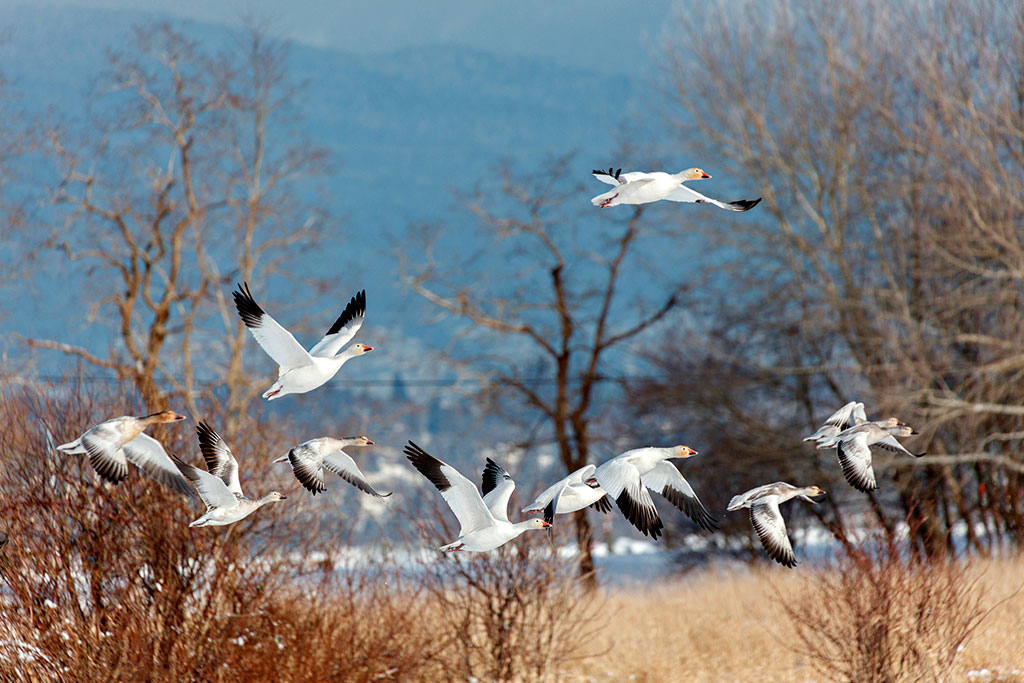 David Suzuki is the host of CBC’s The Nature of Things and author of more than 30 books on ecology, (with files from Ian Hanington).

To bring imperilled wildlife back from the brink, governments must establish recovery targets. This might seem science-based, but it is often influenced by social and economic factors.

Canadian targets are not always set to help a species recover to previous population levels, but  instead to move its status from “endangered” to “threatened” (as with the spotted owl), to merely halt declines (marbled murrelet) or to “reduce the expected rate of decline” (boreal caribou in British Columbia).

The federal government recently expanded hunting regulations under the Migratory Bird Act to allow bait cropland — farmland modified in ways not consistent with normal agricultural practices — in order to attract migratory birds, such as Ross’s geese and snow geese, which it deems “overabundant,” to be hunted.

The rationale is that these goose populations have grown significantly as natural landscapes are converted to agricultural fields, where geese feed while migrating through to the U.S. This has caused recent population surges that affect their own habitat and that of other Arctic bird species.

The surge is a matter of perspective, though. According to local birder, conservationist and author of Birds of Toronto Guide Barry Kent MacKay, “Whatever is gained by whatever crops they can access must be measured against the immense loss of viable habitat that appeared there prior to colonization.”

Government scientists noted in 2015 that relaxed hunting regulations for snow geese didn’t have a significant impact on their population; the population stabilized on its own. This raises the question of why loosened regulations like bait cropland are still included in the Migratory Bird Act regulations.

The concept of overabundance in nature is unsettling.

Natural systems have their own internal regulatory mechanisms. Nature offers checks and balances, and species in ecosystems co-evolve symbiotically, influencing each other in myriad ways.

MacKay notes, “Wildlife managers often seem to hold a general belief that nature is relatively changeless, or at least they act as though they believe that there is a ‘norm’ or standard, against which change can and should be measured.”

Nature is not static. All of its parts are in motion, fitting and refitting together in ways that we often can’t see or predict.

Our capacity to “manage” nature — by, in this instance, killing one species to benefit others — is uncertain at best. At worst, and commonly, it can further degrade natural ecosystems.

The biggest threat to the Arctic is climate change, not geese. And, although Environment and Climate Change Canada’s description of “overabundant” species doesn’t mention it, when nature is out of whack — when some species are negatively affecting other species at a pace not in keeping with the flow of co-evolution — it is most often because of the actions of our own very abundant species.