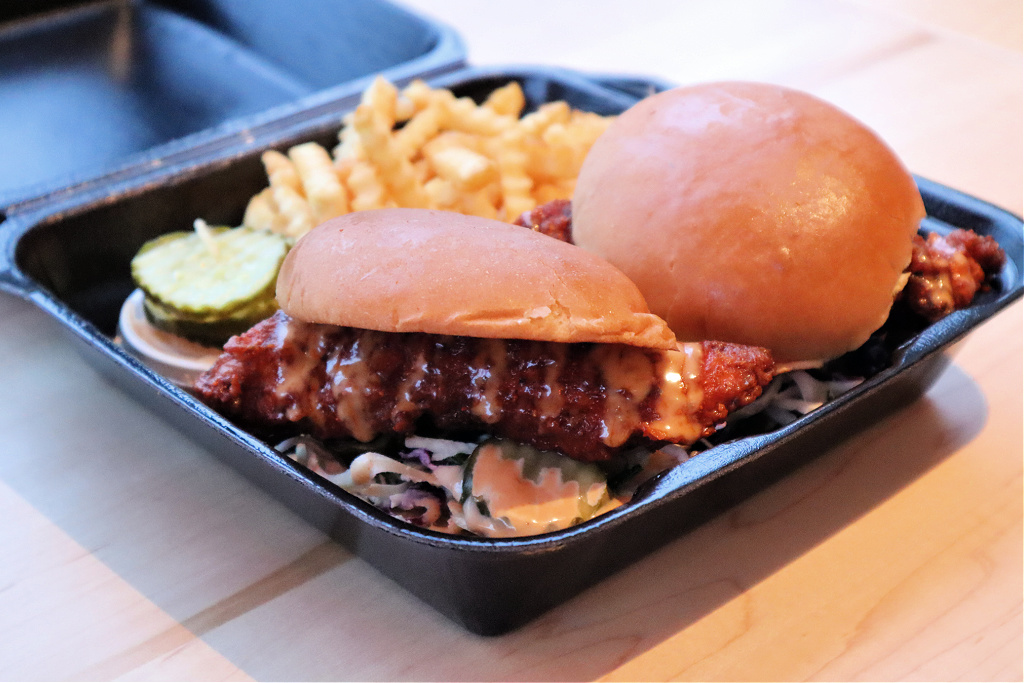 Dave’s Hot Chicken has officially arrived in Toronto to warm up our winter with its spicy Nashville chicken. The new Parkdale outpost, which takes over the former home of Pete’s Corner Grill, is the L.A. fast-casual concept’s first location outside of California.

Blair Bitove, director of business development, first discovered Dave’s Hot Chicken while studying in Los Angeles. She worked with her father, John Bitove, founder of the NBA’s Toronto Raptors, to bring the popular franchise to Canada.

“I think what sets us apart is we use the tender meat from the chicken, which is the best part of the chicken,” says Blair. “Our flavouring is very different from what people are used to. It’s a mix between a dry rub and a sauce.”

The Bitoves have plans to open more than 30 Canadian Dave’s Hot Chicken outposts over the next year. Blair says the next two locations, found just south of Yonge and Eglinton and in the Leslieville area, will hopefully open their doors before the summer. Each location will also feature a mural by a Toronto artist that pays homage to its unique surrounding neighbourhood.

Dave’s Hot Chicken’s Parkdale location is currently open for takeout and delivery. A dine-in area will launch when lockdown restrictions are lifted.