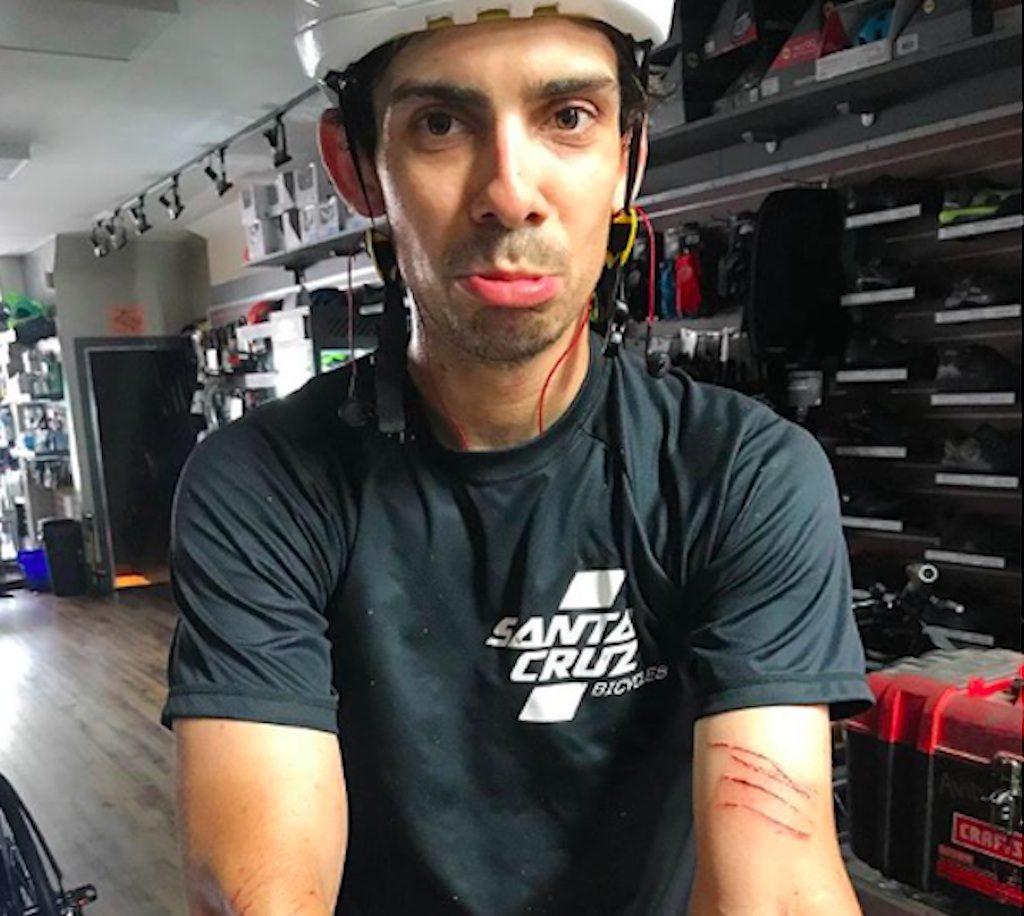 This story has been updated.

On June 4, a mountain biker was riding in the Don Valley near Leaside when he allegedly ran into two lines of barbed wire that appeared to be wedged into trees and strung across a popular mixed-use trail that runs from a parking lot near Bayview Avenue and Pottery Road to the ravine behind the Loblaws grocery store on Redway Road, according to Matthew Morrish, the general manager of local bicycle shop Cycle Solutions.

The cyclist, John Lobraico, said he has been in touch with Toronto Police Service to give a statement regarding the events.

“I have been riding the Don valley trails for just over 10 years now and have never encountered a situation like today,” said Lobraico. “Based on the fact that I had to unwrap/untie the wire from the tree leads me to believe that it was put there intentionally, not just by accident. The trail is used by many of the public not just cyclists, it’s crazy to think what could have happened if it were a family hiking or a class field trip. I don’t want the story to just reflect my injuries but the impact it could have on the local trail system  and the people who use them.”

Lobraico, who works at Cycle Solutions, dropped into the store late that afternoon to tell Morrish what happened and he said he put up a post on Instagram to warn other trail users who might be out for an evening ride in the area to be on the lookout.

“This is the first occurrence of this nature,” said Morrish. “It’s disappointing, it’s good that it was an experienced cyclist. If it was a kid, it could have hit him right in the face or a beginner. It could have been a lot worse.”

“Basically, he said he was out riding from the Pottery Road parking lot up towards the Loblaws,” said Morrish. “And there were two barbwire fences one almost like razor blades strung from either side of two trees and it just caught it. He went through the first one and he dislodged it and he stopped when he saw the second one.”

Lobraico said he had cuts on both arms and his chest, but he is okay and nothing that required medical attention or stitches.

He passed by two hikers after the incident who asked him if he’d seen the barbwire, apparently deciding not to attempt to remove it themselves, said Morrish.

The area includes the Crothers Woods, a popular spot for hikers and residents out for a walk with their dogs in addition to being a hotspot for the Toronto mountain bike community, a group responsible for much of the trail construction in the region.

Post City is following this case and will report back with further information as soon as it becomes available.