Curious why everyone is talking about the El Mocambo? Here's a refresher on an epic concert history - Streets Of Toronto
Skip to content 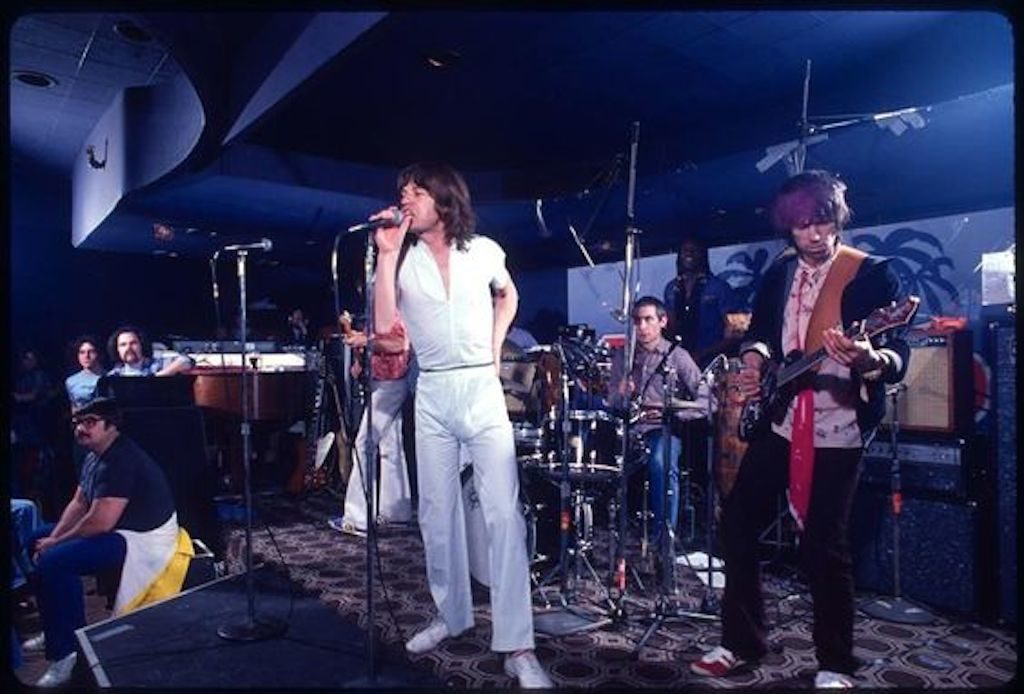 When Michael Wekerle purchased the El Mocambo in 2014 and let it sit empty, Toronto rock 'n' roll fans bemoaned the death of a historic club. Was the storied venue to be relegated to the world of discount T-shirts emblazoned with the El Mo's iconic sign sold to tourists just like punk club CBGBs in New York City? Well, apparently not. Mr. Dragons Den has hired the legit outfit INK entertainment to manage the club, and decked it out with a serious sound system and acoustics. The El Mocambo is back and set to open this summer! If one happened to be curious about all the fuss being made over the return of the El Mo, due to age or living-under-a-rock considerations, here is a look back at just five of the more glorious El Mo moments captured for posterity.

No conversation involving the El Mocambo's history can be had without the inclusion of the Rolling Stones. The band put the El Mo on the map in 1977 when the Stones played two shows that were billed under the name The Cockroaches. Margaret Trudeau showed up. There was a whole thing. Here's a bootleg of the show:

On Dec. 9, 1980, a quartet of kids from Dublin, Ireland came to Toronto in support of their new album Boy. It was the first Toronto gig for the band—fronted by Bono with The Edge on lead guitar—that would soon become the biggest on the planet.

Deborah Harry and company came to town in the summer of 1978 on the cusp of mainstream success before the release of the groundbreaking album Paralllel Lines. So she was still punk. Listen below.

Second perhaps to the Rolling Stones for embracing all things El Mo, another Rock and Roll Hall of Fame resident, Elvis Costello, played the El Mocambo in 1978. He released  a recording of the concert in 1993 as a live album sending El Mo goodness around the world.  Selection below:

People, come on, this was a huge show by a giant of a performer. If "Paradise By The Dashboard Light" doesn't do it for you, there's something broken, go see a doctor. From 1978, audio below: