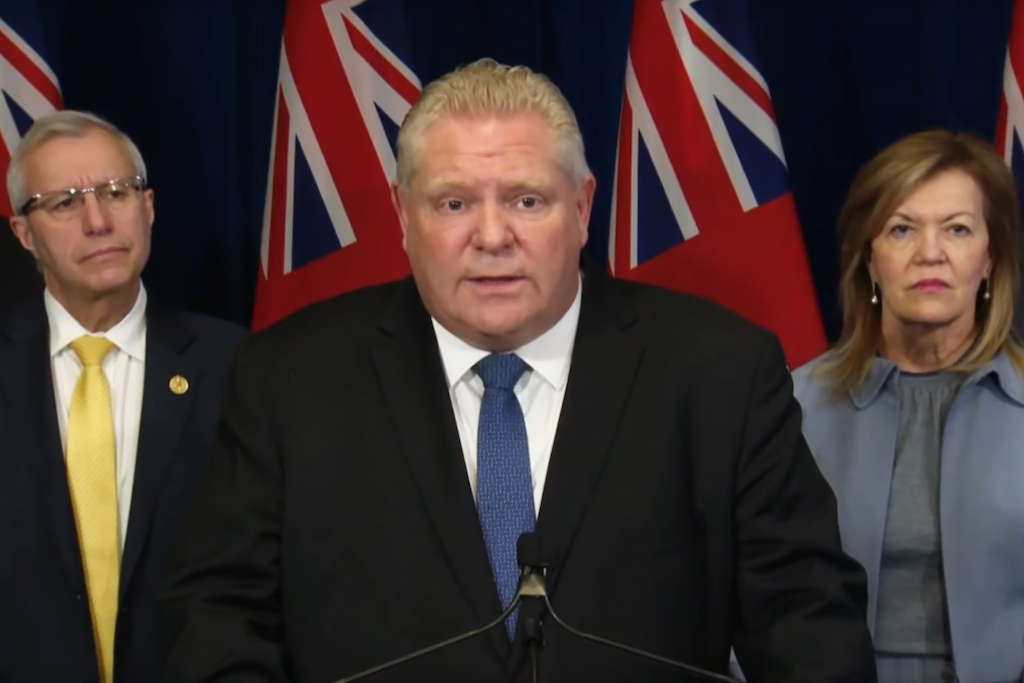 Ontario reported 1,388 additional cases of COVID-19 on Tuesday, a new single-day record in the province. There were 781 more resolved cases, 15 more deaths and over 29,100 tests completed.

Every day, the seven-day rolling average of cases has been reaching a new high in recent weeks. Of the new cases, there were:

“By cutting the business education tax rates, the Government of Ontario is helping businesses save $133 million in Toronto alone,” Tory said, noting that the governments are united to doing everything possible to help people and businesses during the pandemic. “The tax rate is being reduced from 0.98% to 0.88%. That’s a cut of about 10% for Toronto commercial properties.”

“We’re growing together throughout the pandemic because we know people want their governments cooperating at the best of times, and especially during the tougher times that we’re experiencing now, it is this kind of unified approach that led to the safe restart agreement,” Tory said.

On Nov. 14, Toronto will move to the restrict (orange) level of the new Keeping Ontario Safe and Open Framework. The city will join Ottawa and York Region, which already moved to this level on Saturday.

For restaurants and bars, the restrict level measures will allow people to eat indoors again, although there will be a 50-person indoor capacity limit. For sports and recreation facilities, measures will include a maximum of 50 people per facility in all combined recreational fitness spaces or programs (click here for a full list of measures).

In a separate press conference given Tuesday afternoon in Ottawa, Prime Minister Justin Trudeau called for the country’s premiers and mayors to “do the right thing” and act now to “protect public health” to help slow the rise in COVID-19 cases.

“With rising cases of COVID-19 here at home, there’s added pressure on all orders of government to keep people safe, and to protect jobs. But I would hope that no leader in our country is easing public health vigilance because they feel pressure not to shut down businesses or slow down our economy,” Trudeau said, during his press conference.

When asked about Trudeau’s statement, Ford responded that they need more support for businesses.

“And I’d be more than happy to sit down and talk to the Prime Minister about that support,” he added.

Tory added that Toronto is building on the provincial framework in full consultation and collaboration with the Ontario government. The city will also have an enforcement plan of its own, which will reportedly be revealed in the coming days.

“The whole idea of what we’re doing in Toronto, building on the provincial framework, is to do better, to get these numbers down, to get people healthy, to keep them healthy, to keep businesses open and healthy, to the greatest extent that we can, as soon as we can, and that’s exactly what we’re going to do,” Tory said.

Meanwhile, critics are wary about loosening restrictions in the midst of rising COVID-19 cases.

Would anyone be comfortable if a mayor or MPP or cabinet minister dictated how I managed one of my #COVID patients in the ICU?

Why do we accept this degree of influence by politicians over public health when “Ontario” is the patient?