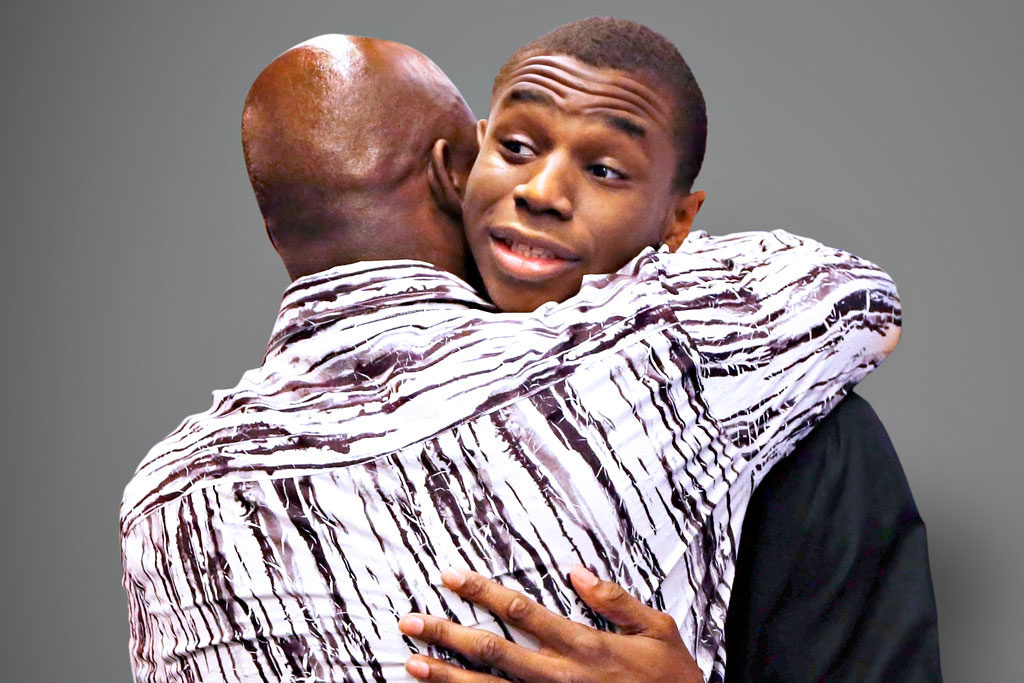 In honour of Father’s Day coming up this weekend, we salute some of  the city’s most fabulous fathers and the kids who were inspired to follow in their footsteps.

NBA RUNS IN THE DNA

MITCHELL AND ANDREW WIGGINS
Andrew Wiggins is one of the hottest names in Canadian basketball these days. This Thornhiller just won his first NBA championship with the Golden State Warriors, and the apple doesn’t fall far from the tree. His dad, Mitchell, was drafted in 1983 by the Indiana Pacers and, of course, played shooting guard as well before leaving the NBA in 1992.

ARI AND ROBERT LANTOS
​“I had the good fortune of being able to observe and absorb [my father’s] unique ability to create art and bring incredible stories to life while also building a business that became a global powerhouse. Once I made the decision to “take the plunge,” it was his direct guidance and mentorship that taught me virtually everything that I know to this day about producing film and television content.”

FROM POLITICS TO TV

BRIAN AND BEN MULRONEY
​“The older I get, the more essential I feel my father is to me. He is a friend, he is an advisor, he is a champion and my most vital critic. No one in my life takes an interest in me the way my dad does, and I wouldn’t know what to do without him. I want to be that kind of father. My father gave me the simplest and yet most essential advice. He said: Find something you love to do and do it well.”

GORDON AND LEAH PINSENT
​From the Geminis to the Genies, this father-daughter duo has won them all. Gordon started acting in his teens and is known for his iconic roles in films like The Shipping News and Sarah Polley’s powerful Away from Her. Leah truly followed in her father’s footsteps acting in her first film, The Bay Boy, when she was just a teenager. Safe to say Gordon passed down all the good genes. DEVIN AND JIM
“My dad has always been very supportive of my music career. One of the most recent lessons he taught me was about nerves. He said, “If you’re not nervous before a show, to whatever degree, it should be worrisome because a lot of energy can be harnessed from those nerves and can be used onstage. It can be a powerful boost and helps you put on a good show.” It is something I have been trying to master.”

MIKE HOLMES SR. AND JR.
“I never wanted to work in the same industry as my dad, but he brought me on site when I was 14 years old where I started off working as a labourer. I had a lot of fun cleaning and doing what I could to help out, but watching my dad go from homeowner to homeowner inspired me to join him and help more people. If the world had more people like him, there would be a lot less people looking for help.” A TALE OF TWO DOMIS

TIE AND MAX DOMI
​Although Max Domi’s playing style is far from his dad’s rough and tumble role as a Leafs enforcer, Tie was there to motivate his son as he tried his hand at a career in hockey. Back in Max’s AAA days, Tie served as assistant coach on Max’s team, the Don Mills Flyers. The hard work paid off as he is now playing for the Coyotes. We’re sure Tie is proud watching him from his Lawrence Park home.

EDWARD AND CHLOE ROGERS
“My father and I share many traits, particularly our sense of humour, which tends toward the offbeat and twisted. One thing we don’t share is a sense of style. But forget the exterior trappings, it’s what’s inside that counts; and I am incredibly lucky to have a dad who cares so deeply and is endlessly supportive of everything I do, personally and professionally, and everything I dream of doing.”