Could Michael Coteau be Ontario's next premier? - Streets Of Toronto
Skip to content 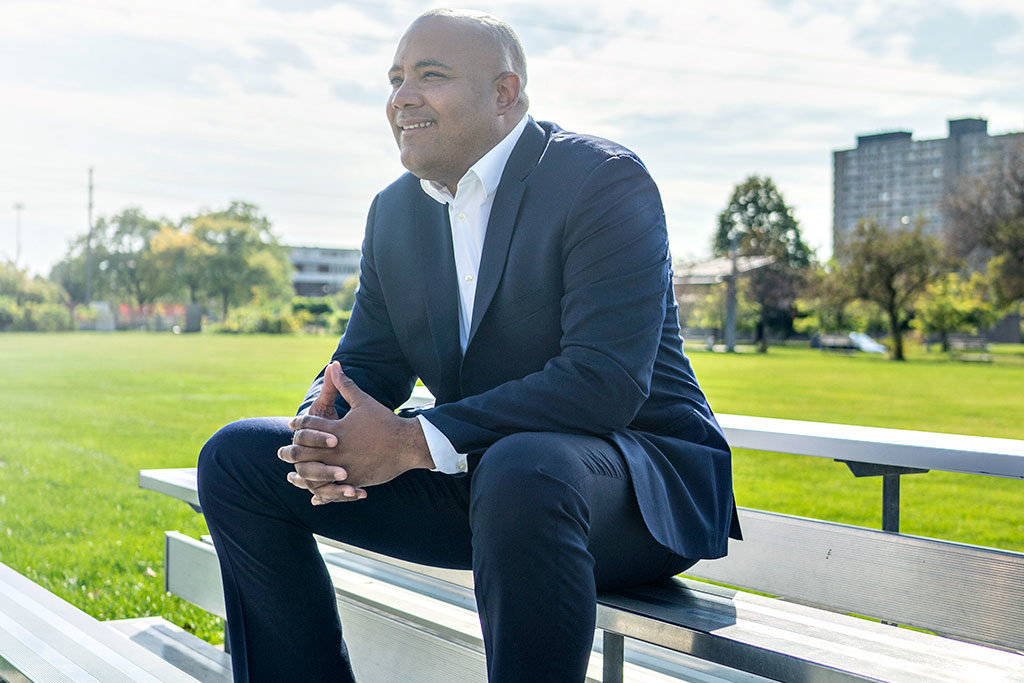 With Doug Ford at a near rock bottom approval rating, we thought it was time to check out his possible future competition. Michael Coteau, MPP, grew up in Flemingdon Park, attended Leaside High and has spent 16 years in government. But we had no idea about the comic book collection.

Why did Doug Ford’s “For the People” campaign resonate so well with Ontarians?

People often refer to Doug Ford as the accidental premier. And I think the reason why people say that is that he inherited a coalition of opposition that built over time. He benefitted from a lot of anger and a lot of frustration, and combined with the traditional Tory base, he was able to pull it off. But we have to remember that of the eligible voters of Ontario, I think Doug Ford received about 20 per cent of the vote.

When did you first feel political?

The most memorable point was an issue in my community where kids were going through a hole in a fence to play on the pool ice. The ice was wet, and I was fearful one of the kids would fall in. I told the superintendent to fix the hole, but he didn’t. Then I asked the building management, but they didn’t do it. So then I opened up the blue pages and contacted my local government rep, and it was fixed in an hour. I was so surprised by that ability to make those changes. From there, I got hooked on the whole aspect of politics and bringing about community change.

What is your proudest moment from your 16 years in politics thus far?

I am most proud of the work I did to bring forward an autism plan that actually worked for families, a new plan that produced major movement on the actual wait-list. I felt proud because parents in the beginning were protesting the changes happening in government, but I worked with them, stood with them a long way to the point where we had buy in from the community. That’s one of my proudest moments.

Was the decision to pursue the leadership a difficult one to make?

It was very difficult and took me several months to make. But it came down to a couple points, mainly around the instability that’s in Ontario today. We have those on the extreme right of the political spectrum and others on the complete opposite end, and they’ve been dictating the political discourse, I think, for quite some time. I thought now is the opportunity to bring it back to a place that I think represents the majority of Ontarians.

You would be the first black leader of a major political party in Ontario, let alone the premier. What does that mean to you?

I think first and foremost, there are so many descriptions of who we are. I’m a black man, an immigrant and so on. I think now, more than ever, the most important piece going forward is making sure there is someone there that embodies and captures everything Ontario is about, someone who is restoring and raising the bar on political discourse and making sure people that feel like they’ve been left behind, people who have potential, we are looking for ways to support them so we can unlock that potential. Now more than ever, we need to lay down a foundation that will prepare Ontario for the bright future I think we have.

Letting my family down.

Which trait do you most deplore?

When people are selfish.

Which living person do you most admire?

The greatest love of your life?

It’s my family, my two girls and my wife.

When were you happiest?

Standing in my backyard and looking at my kids when they were a bit younger and they were playing and just having fun.

The ability to use mathematical and scientific equations rapidly in my mind to figure out solutions. The art of deduction, like what Sherlock Holmes had: that type of ability would be pretty awesome.

What is your most treasured possession?

I think, you know, my comic book collection.

How big is the collection?

Which is your favourite?

I’d say the Secret War series, which I predict will be the next big Marvel push. I don’t know if you read comics, but it’s when Beyonder comes and tries to take over the planet, and the good guys and villains have to work together.

What will the next election be fought over?

I think there will be one central issue, and it’s going to be values.