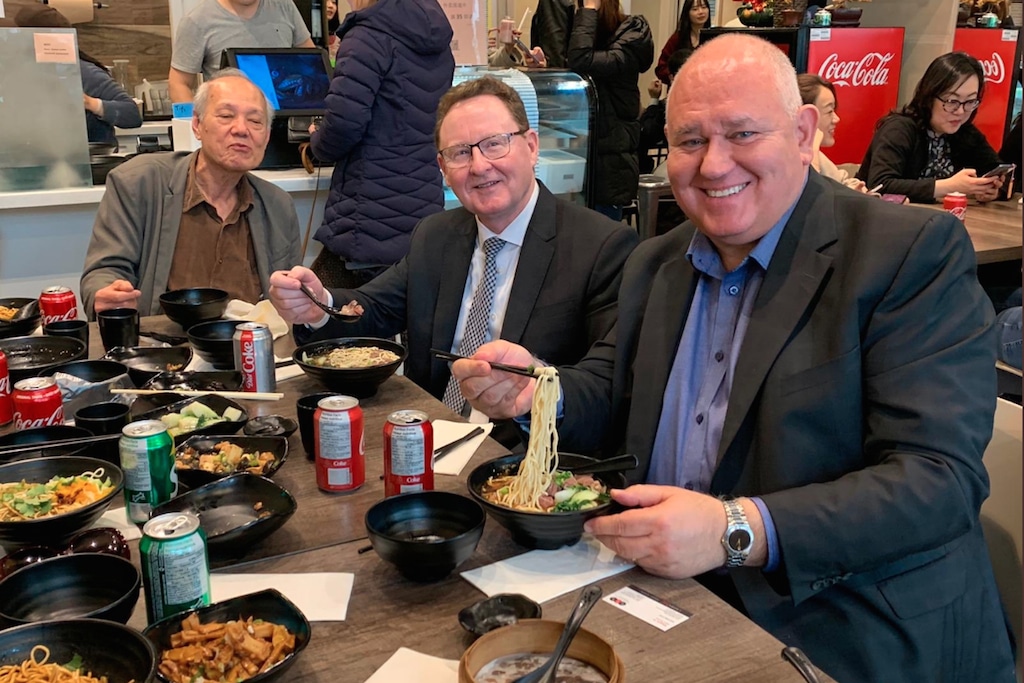 There has been a growing number of reports of racism against Chinese businesses following the outbreak of coronavirus, but the community response has been equal to the task.

Sharing the name with the city where the coronavirus originated hasn’t been easy for this Markham noodle spot and it has reportedly suffered over the last few weeks. There have been reports of prank phone calls, social media attacks, and slowing business.

For instance, there was an inflammatory Instagram post from a pseudo-news site that has since been deleted and other incidents that have impacted the business that have been reported by the  Toronto Star and other local media outlets.

Racism on social media sparked by fear over #coronavirus has been crushing a local family business in #Markham – all because of a name…https://t.co/oGfaDQflWO

It is heartwarming to see the community supporting Wuhan Noodle 1950 in Markham, after reports the restaurant was getting prank calls and was the subject of discrimination on social media. I had a delicious lunch and it was busy and bustling. This is Markham! #WeAreMarkham pic.twitter.com/PGYJJXeV9a

As a more formal response, the city of Markham, along with the Federation of Chinese Canadians and Chinese Cuisine & Hospitality Association of Canada have just launched Asialicious, an Asian-themed restaurant initiative similar to Toronto’s Winterlicious. From Feb. 14 to 28 more than 100 local restaurants will stand together to fight discrimination and hopefully draw more business back into their restaurants. Asialicious was just announced and more details including a link to the event website will follow.

Andy Sue, the owner of Flower Centre on Kingston Road in the Upper Beaches had a similar incident at this local shop when a person came into his shop, asked him where in China he was from and proceeded to unleash a racist rant that left the local businessman stunned.

After Global News and other news outlets reported this mistreatment, Torontonians from Misssauaga to East York travelled to Flower Centre to show their support and even get a free burger if they timed it right.

David Brown the owner of Fearless Meat located down the street from Sue’s shop initiated a promotion over the weekend where a customer would get a burger at Fearless Meat if they had a receipt showing they made a purchase at Sue’s Flower Centre. After sharing the post on Facebook and getting over 2,100 likes, Sue reportedly had one of his busiest weekends.

TO ALL CONCERNED TORONTONIANS !!!

Discrimination against the Chinese-Canadian community has caused many Chinese-run businesses to slow.

Places such as Markham’s Pacific Mall and Toronto’s Chinatown, which are usually bursting with people, have been noticeably quieter as of late. And local business groups and politicians are doing what they can to combat the stigma and stand with the Chinese community.

Join me, @ChrisGloverMPP, and @ToChinatownBia this Friday to celebrate Chinatown and take a stand against misinformation and xenophobia. We’ll be meeting for a delicious lunch at 12:30 pm at Dim Sum King on Dundas. Join us! RSVP here: https://t.co/jCNCkCjMKe pic.twitter.com/9F7sAjulNE

It is always a good time to visit Toronto’s Chinatown especially following the recent Lunar New Year celebrations. The community lantern exhibition continues at Dragon City Mall until Feb. 9, local restaurant R&D is featured in the city’s Winterlicious food festival and of course, there are the best late-night snack spots in town including Rol San, a favourite of Toronto Raptors’ star Serge Ibaka. Show them some love.