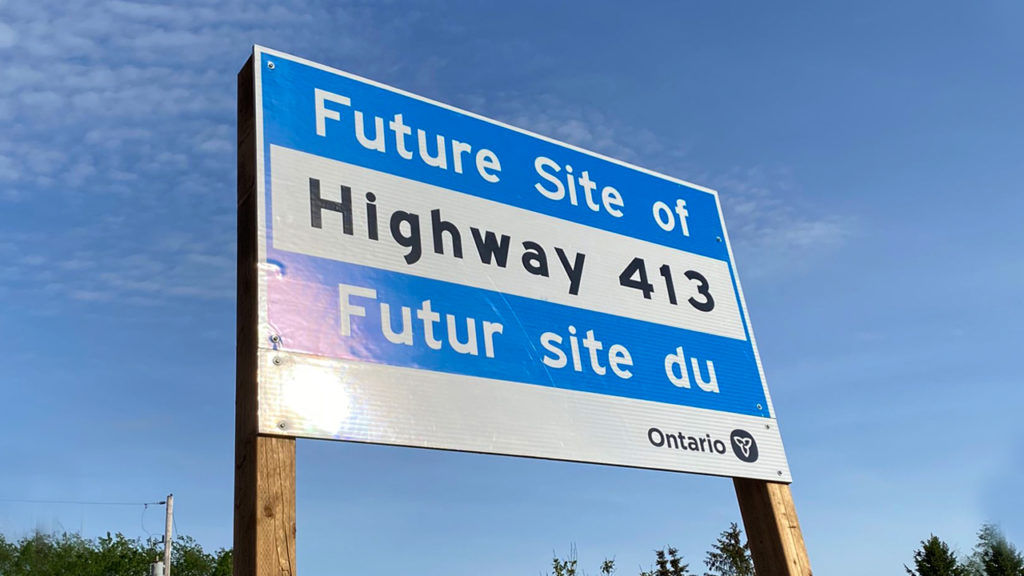 I like the idea of making decisions based on the impacts on seven generations down the line. How will what we do today impact our great great-grandchildren? If we were guided by that principle first introduced by Indigenous peoples instead of, let’s say, getting re-elected and controlling power, would Ontario look different?

For instance, the curious case of Highway 413, which has become an election issue for those heading to the polls across the province this month.

Why? Because the majority of people and many municipalities in the immediate vicinity of the proposed highway are against it. Those who benefit over the short-term, those in the development and building industries, back Doug Ford.

Those against it cite the number of developers who own land along the route. The same developers who contribute to Ford’s Ontario PC party. Others suggest that, if we are facing a monumental traffic congestion issue, the science, the facts and the history show that building more highways only makes things worse. Not to mention, the proposed highway is north of Highway 407, which, in highway terms, is near empty most of the time.

But, if we look at the issue through the lens of the seven generations, a few things become glaringly obvious when you consider water, food and air. These are the things that are most important for future generations. The things we should be improving. Not to mention spending tens of billions of dollars for something that isn’t even needed. Money that could be spent on sustainable solutions.

The climate crisis is already upon us. The impacts will be felt for generations to come.

Those who currently sit at Queen’s Park offices seem to know that the brunt of the damage will be years from now, when they are retired, collecting fat pensions and chilling in Muskoka. If we learned to govern based on the seventh generation, politicians might realize the decisions they are making today — paving over farmland to create another highway to exacerbate urban sprawl — might, and I emphasize might, mean a few construction and trade jobs, but it will certainly and greatly damage future generations. It will speed up the climate crisis, choke watercourses and destroy farmlands that provide our food, creating more traffic and more pollution.

When will we start to think long-term about what kind of province we are leaving for our children, instead of saving a few minutes on commute times?