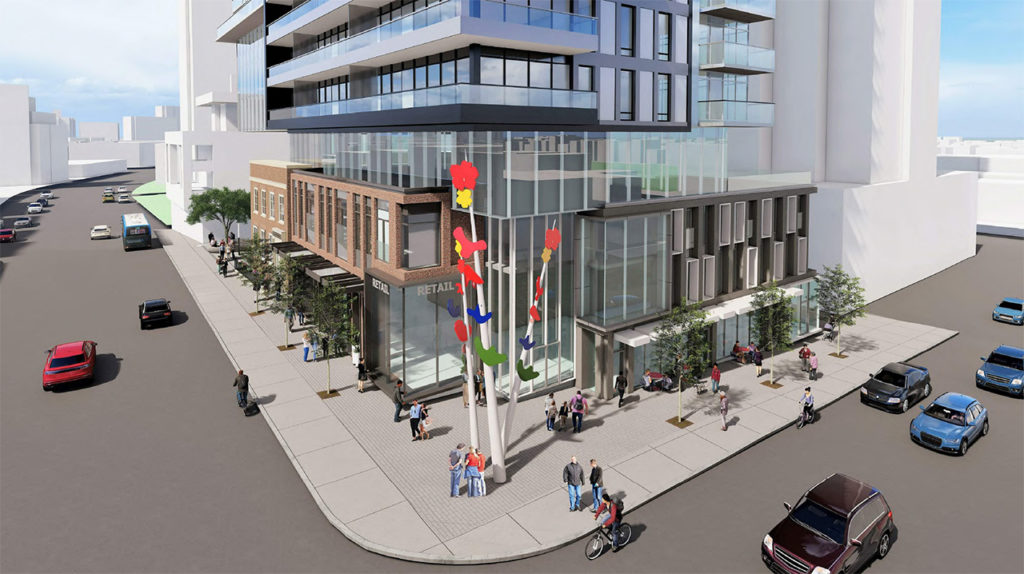 Four buildings at Davenport Road and Avenue Road dating back to the late 19th century could be demolished to make way for a new condo development. The buildings are part of a larger collection of properties at the northwest corner of the intersection that includes 220-234 Davenport Rd, and 148-158 Avenue Rd. The site includes the home of one of the city’s oldest diners — the Avenue Diner.

The Toronto Preservation Board voted to recommend Toronto city council should give 148, 156–158 Avenue Rd. and 224 Davenport Rd. heritage designation, which would allow council to refuse the development application for a 35-storey mixed-use building if the heritage aspects couldn’t be maintained.

The Avenue Road properties are three-storey, late Victorian-era red brick houses, built from 1891 to 1892, and they represent the earliest period of the street’s “historical built evolution,” according to the preservation board.

Meanwhile, 224 Davenport Road is the former head office of Canada’s largest bakery, the Canada Bread Company, and dates back to 1930. Although the tower proposed would attempt to preserve the face at 224 Davenport, the rest would be demolished.

Local councillor Mike Layton said that while they are important properties to acknowledge, there is a large community push for the sidewalks at the intersection to be widened as they currently pose a safety hazard at their width of 2.1 meters. If the buildings were to be maintained through a heritage designation, that would mean the sidewalks couldn’t be widened for decades.

“We would be forever giving up the likelihood of wider sidewalks in the current road arrangement,” Layton said.

He said losing the buildings to development, which are on the border of the Annex and Yorkville, would not be a huge loss for the area as there are others from the same time period nearby that have been protected.

ABC Residents Association president Ian Carmichael said that the stretch of sidewalk is dangerous and the association is prepared to concede the heritage buildings to widen it.

“You can’t walk with a stroller and pass someone on that section of the road,” he said. “The sidewalks are a big concern for us.”

Layton said the council consideration will likely be deferred and the developer has agreed to continue to discuss the application and not seek to demolish the buildings yet.