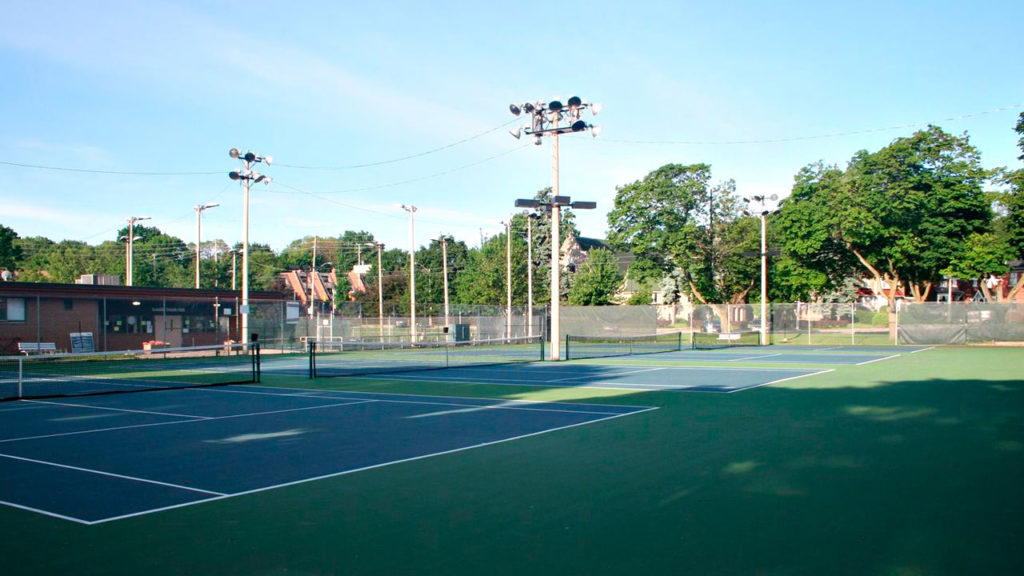 A midtown Toronto tennis club is footing a six-figure bill to rebuild its courts even though it says the city should be the one paying for the repairs.

“In fact, it’s their responsibility to rebuild the courts, but they don’t have any money to do it,” says Rita Lee, manager of the Leaside Tennis Club. “The club is responsible for the resurfacing of the courts — not the rebuilding. The courts haven’t been rebuilt in probably 25 years.”

Rebuilding the six hard courts at Trace Manes Park will cost $260,000 and drain a large chunk of the club’s reserve fund. The 1,200-member club relies exclusively on annual membership fees, which are $140 for adults, with discounts issued to juniors and seniors.

“We’re a not-for-profit, and we’re saving the money for this rebuild project,” explains Lee, who also sits on the board of the Thorncliffe Park Tennis Club. “If some big item comes up, we could be in trouble — but we’re hoping that nothing like that will happen.”

Tennis clubs obtain permits from the city to use the municipally owned facilities.

The court rebuilding, which involves digging up the layer of asphalt beneath the polyurethane-compound playing surface, is scheduled to begin in October so the work doesn’t interrupt next year’s season.

Because the repairs will cost more than $50,000, council’s approval was required as per the Donations to the City of Toronto For Community Benefits Policy. Council gave the club the go-ahead on July 19 after Jaye Robinson, councillor for Don Valley West, put forward a motion, seconded by councillor Mike Colle.

“Since 1948, the Leaside Tennis Club has been an important part of the local neighbourhood providing excellent programming for their members and other community members,” said Robinson in an email statement. “My team and I are continuing to advocate for Parks, Forestry & Recreation to undertake additional improvements to the courts at Trace Manes Park, including new lighting and fencing.”

The city explained that staff assess the condition of its properties to determine where to allocate funding for upkeep in accordance with its state-of-good-repair standard.

“The standard for state of good repair ensures that the asset is able to function for its intended use without compromising the health and safety of users,” reads an email statement from the City of Toronto, Parks, Forestry & Recreation Division.

“Clubs that wish to make capital improvements to the court surface beyond what is included in the city’s capital plan are responsible for obtaining approval from the City for undertaking this work, and are responsible for the cost as well as contract oversight,” the statement read, citing the city’s community tennis club policy.

The city explained that it spends an average of $4.6 million a year on keeping tennis courts in a state of good repair.

“The city enjoys a positive and collaborative partnership with Leaside Tennis Club, and we appreciate their commitment to encourage and foster the game of tennis,” the city stated.

Although the club paid for a resurfacing five years ago, new cracks are already several inches deep, prompting the rebuild.

“It makes no sense to keep doing something that’s not working,” she said of simply resurfacing again, which she estimates costs about $6,000 to $10,000 per court.

The timing of tennis-funding issues is unfortunate, Lee said, especially given the sport’s rising popularity in the country thanks to Canadian stars like Milos Raonic and Bianca Andreescu.

“Tennis is exploding as you know right now,” she said, “but there’s no money.”