Comic Stripped: The curious case of Mayce Galoni and the comedy gene - Streets Of Toronto
Skip to content 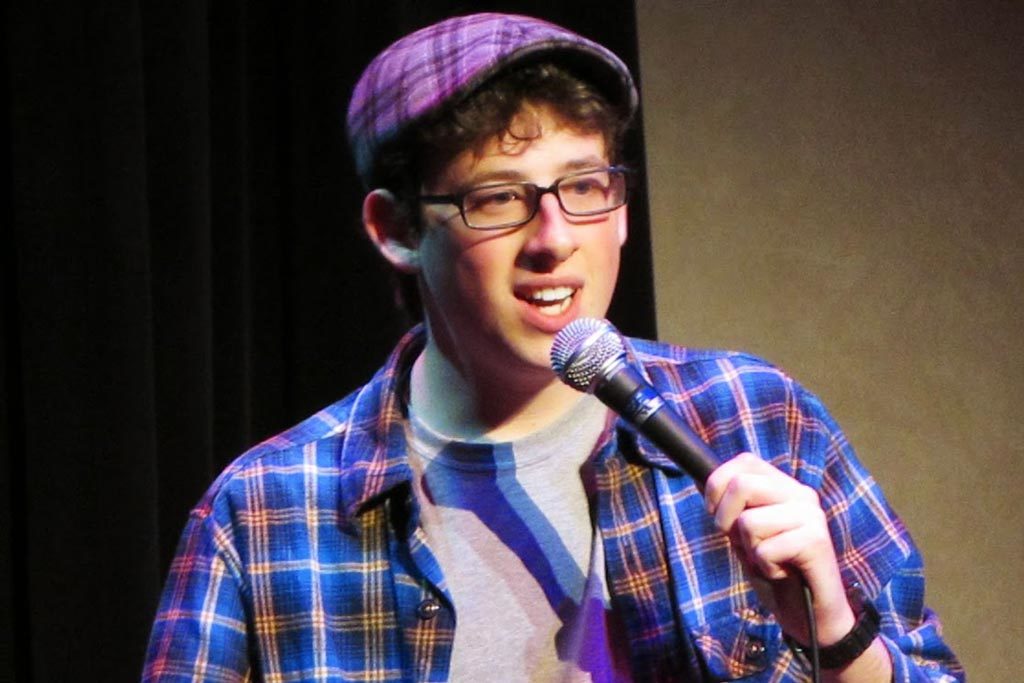 Is there any such thing in show business as a natural — a performer who springs directly from the brow of Zeus fully formed and brilliant on the very first try?

We like to believe in this myth, from Prince writing his first album in his bedroom to Lana Turner being discovered at a Hollywood lunch counter. (He didn’t and she wasn’t.)

Pop sociologist Malcolm Gladwell believes competence in any field takes 10,000 hours of practise. When I first talk to new students of the Humber School of Comedy, I tell them: “The first 5,000 sets don’t even count.”

It takes average successful comics about 15 years to find their voice, which would lead them to mass acceptance. It’s why comics with TV series are usually in their 40s, and why the industry discourages aspirants who are not.

And yet, very, very rarely, a comic shows up with a near-perfect act on the first shot at an amateur night. Norm MacDonald was that rarity. On his first try at the Ottawa Yuk Yuk’s, he killed with every line.

Then he ran out of the club, embarrassed. The club manager chased him down the street. “I know, I know, I bombed,” Norm said. “Don’t worry. I won’t be back.”

The manager told him the truth was the opposite and convinced MacDonald to come back the next week on regular nights. The rest, of course, is comedy history.

And now, consider the curious case of Mayce Galoni. Mayce is 21 years old and from Hamilton, though I’m sure he’ll be settling in Toronto soon.

He recently completed his first feature show in downtown Toronto and performed a perfect 50-minute set. Completely clean material, with nary a hem, a haw or a hesitation, this well-spoken Buddy Holly look-alike blew away other comics with two or three times his experience.

He started at 15, and by all accounts he was pretty good from the start. Although, he notes, “My parents had to come with me to the bars because I was underage.”

Now he’s on the Sirius XM shortlist for Canada’s Top Comic (to be decided at JFL42 here in Toronto next month) and is a finalist in the Homegrown Competition at JFL in Montreal this month. He’s an odds-on favourite, but win or lose, he’ll get a lot of attention from major U.S. agents.

How is this possible?

It can’t be the comedy scene in Hamilton. Although more robust than in past decades, it’s a fairly rough, blue-collar scene that wouldn’t seem to act as a crucible for Galoni’s subtle and cerebral standup.
And it can’t be genetic. Unlike music, there appears to be no DNA link to funny.

Even more unnerving is Galoni’s humility. Appearing on last year’s April Fool’s Massey Hall show with Gilbert Gottfried, he pretty much stole the show. I asked him that night how he felt, and he said he “mostly felt lucky.”

“I’m still young, so I think my personal changes will expand my act into new directions,” he told me. “The self-deprecation is fine, but I’d like to tackle more observational humour, even politics. But, really, I’m surprised at all of this attention.”

Now, if he can keep that innocence and not get swallowed by all the inevitable showbiz propaganda, he’ll really be a force to be reckoned with.