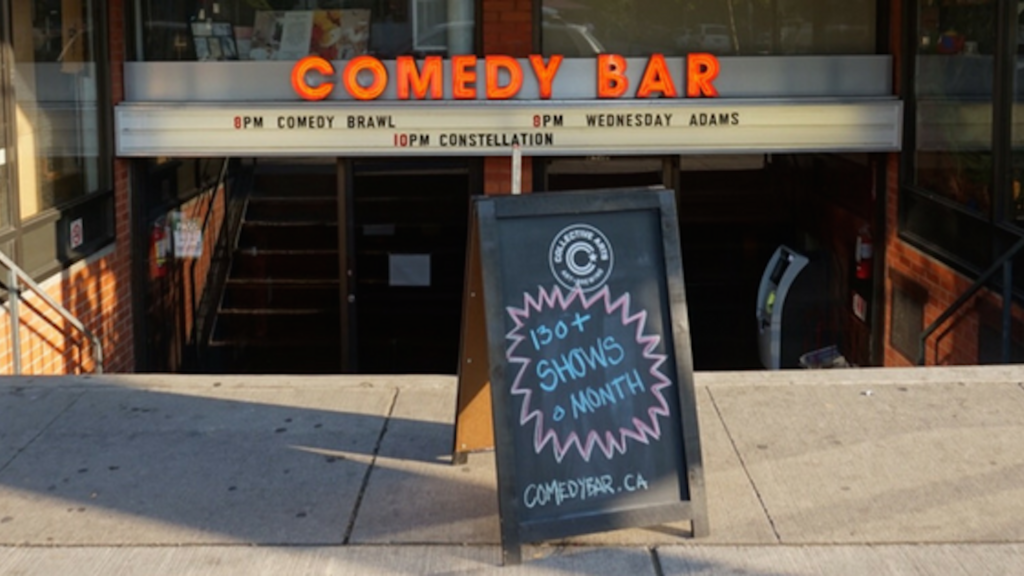 One of Toronto’s best-known comedy clubs is opening a new location in the east end of Toronto on Danforth Avenue between Main and Victoria Park Avenue.

It is in an area of the city lined with discount stores, a variety of food shops, and not much else. According to a story in Now magazine, the non-descript and out-of-the-way location reminded them of the Bloorcourt neighbourhood — home to the Comedy Bar’s current space.

The location on Danforth is the former home of a mattress store, which was the subject of an Instagram post from Comedy Bar hinting at the new move.

Comedy Bar was founded in 2008 by Gary Rideout Jr. and James Elksnitis. It is known as a home to in-house sketch comedy with legendary shows such as Sunday Night Live but has also hosted many top stand-up comedians including the likes of Janeane Garofalo, and Marc Maron.

The new Comedy Bar stage will look much different in proportion to the narrow room at the original location with the main theatre that is reportedly 65-feet wide, which could fit 170-190 seats.

According to the announcement, the venerable Second City will use the new theatre as the location for its mainstage revue amongst other things until its new permanent home at 1 York St. is ready in 2022.

Although the location at 2800 Danforth Ave. might seem out of place, there are more arts venues moving east. Coal Mine Theatre set up shop on Danforth Avenue a few years back and moved further east to its current permanent location at 1454 Danforth Av. Crow’s Theatre is now a part of the neighbourhood at Dundas and Carlaw with its two stages. And, on the music side of things, Live Nation is soon to open the live music venue History in the Beach.